It’s always possible to be kind

You’ve probably heard the adage ‘It’s better to give than to take’. But you might not know that it’s supported by science.

When will we have time to assist others? A region in the brain has been identified as responsible for this behaviour.

Being a caring person has apparent positive effects on one’s health and happiness. Such people might even outlive their predecessors.

As a bonus, acts of kindness have decreased anxiety and boosted psychological health. There is a lot of strain and tension in everyone’s lives.

Compassion may be overlooked in favour of more pressing concerns or current fads. It’s simple to show support for a cause by posting on social media and joining a movement, but it takes more effort to actually live out that cause in our daily interactions with others.

But if we invest in generosity to others, we will feel better about ourselves. And for those who are weak or struggling, it can be a lifesaver.

Scientists from the University of Birmingham and the University of Oxford have identified a region of the brain that is responsible for the motivation to assist others. A significant contribution from the anterior cingulate cortex gyrus can be traced to the decision to aid others physically.

The findings, published in Current Biology, indicate that the brain regions involved in self-help vs selflessness are distinct. Clinical strategies for treating psychopathic behaviours may benefit from a better understanding of the neural processes underlying such decision-making.

It might also shed light on the motivations behind common yet admirable acts of kindness, like volunteering, collaborative work, recycling to combat climate change, and offering assistance to strangers. The detected region, known as the anterior cingulate cortex gyrus (ACCg), is found in the brain’s frontal lobes.

It has been linked to various aspects of social conduct but not to the initiative to aid others. Researchers were surprised to discover that the ACCg is not engaged when people make deliberate choices that primarily benefit themselves.

The brain mechanics driving acts of kindness, such as holding out a door or volunteering, have remained elusive. By pinpointing the precise brain region activated when people need to put in the effort, we have taken a step closer to understanding what drives some individuals. 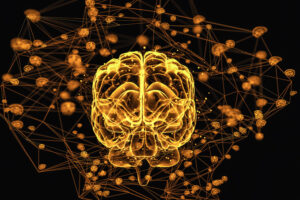 Forty-eight people, all between the ages of 18 and 35, were involved in the study. To gauge participants’ degrees of empathy, researchers had them participate in a taxing decision-making exercise and fill out a questionnaire.

The subjects made decisions while scanned with a functional MRI machine. This reveals the many active brain regions when participants choose to “work” or “relax” to better themselves or others.

Shedding light on the cognitive processes

To determine who would be assigned to work, they were given a grip strength measuring device to be squeezed. They had to keep it up until they hit a certain point, which would be displayed in real-time.

Brain patterns indicative of a willingness to exert effort were discovered by the researchers using a novel statistical method of data analysis. They found that when people made decisions to help others, the ACCg was the only region of the brain to display the effort pattern.

But it did not engage at all when people made decisions to put in the effort to reward themselves. Those who self-reported having high levels of empathy also showed robust effort patterns in ACCg, which is an intriguing finding.

The study participants who showed the most effort representation in the ACCg contributed the most in grip strength. The next stage for the research team was to examine the effects of lesions in that part of the brain, whether from stroke or other brain injuries, on people’s effortful helping behaviour.

These results shed light on the cognitive processes that underpin the decision to help others, which has crucial implications for promoting prosocial behaviour in everyday life and treating illness. The moment has come to rethink how we might build a more compassionate society that safeguards our emotional well-being. — The Health

More than an obsession with thinness

Unseen dangers lurking in our soil