More than an obsession with thinness 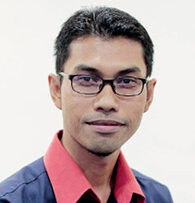 The term Anorexia Nervosa was first coined in 1868 by the English physician, William Gull, who described in his scientific article its causative factors, the principle of management and the role of the family in the treatment.

However, it was not until after the late 1970s, that the phenomenon of eating disorders that highlighted the nature of Anorexia Nervosa and Bulimia Nervosa became more apparent. This was most likely contributed by the public’s increased awareness about the disorder, especially after many cases involving public figures became known.

Unfortunately, in reality, eating disorders remain under-recognised and it is estimated that only 12 per cent of bulimia nervosa and 45 per cent of anorexia nervosa were detected at the primary care level. 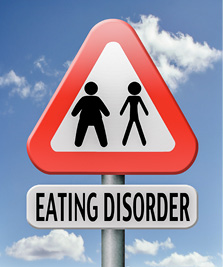 A group of mental illnesses known as eating disorders include actual, life-threatening illnesses with potentially deadly outcomes. The reality of these diseases go beyond their label, which emphasises the issue with eating.

It encompasses distressing feelings, thoughts, and actions related to food, size, and weight. Numerous biological, psychological, and societal factors are known to contribute to its occurrence.

Eating disorders can genuinely afflict anyone of any gender, age, race, religion, or ethnicity, contrary to popular misconceptions that they mainly affect women of a particular socioeconomic class and demographic. According to estimates, up to 20 million women and 10 million men will experience eating disorders at some point in their lives.

Warning signs of these disorders can occur in the form of emotional and physical changes. Emotional signs include weight loss, dieting, and control of food become primary concerns. 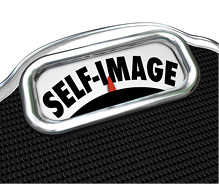 Among all of these, Anorexia Nervosa is likely the best-known eating disorder. It is primarily characterised by self-starvation.

The primary symptoms include inadequate food intake, a disturbance in the experience of body weight or shape, intense fear of weight gain, and an inability to appreciate the severity of the situation.

Anorexia Nervosa is probably widely known due to its potentially hazardous effect on its sufferers. In Anorexia Nervosa, the self-starvation cycle denies the body the essential nutrients it needs to function properly.

Risk of other psychological comorbidities

Bulimia Nervosa, on the other hand, is predominantly characterised by binge eating and compensatory behaviors. Compensatory behaviors include anything aimed at reversing the effects of the binge, such as vomiting, laxative abuse and excessive exercise.

Concern with body weight and shape and feeling out of control during the binges are also symptoms. Most people struggling with bulimia appear to be of average weight.

Knowing that we cannot tell if someone is struggling with an eating disorder based on weight alone is vital. Like anorexia nervosa, the recurrent binge-and-purge cycles of bulimia nervosa can affect the entire digestive system and lead to electrolyte and chemical imbalances in the body that affect the heart and other major organs.

One health consequence of Bulimia Nervosa is electrolyte imbalance leading to an irregular heartbeat and possible heart failure and death. Other potential health consequences are gastric rupture during periods of binging, inflammation and possible rupture of the oesophagus from frequent vomiting, tooth decay and staining from the stomach acids released during vomiting, chronic irregular bowel movements and constipation as a result of laxative abuse, and calluses on hands and knuckles from self-induced vomiting.

Apart from eating disorders alone, those affected are also at higher risk of other psychological comorbidities. One in two eating disorder patients abused alcohol or illicit drugs, a rate five times higher than the general population.

Besides that, they are also at higher risk of mood disorders such as depression and other mood disorders that co-occur with eating disorders quite frequently. Up to 69 per cent of patients with anorexia and 33 per cent with bulimia have a coexisting diagnosis of obsessive-compulsive disorder.

Numerous hypotheses offer probable explanations for the origins of eating disorders. The root causes in real life are complex. When it comes to aetiology, genetics is a factor because affected siblings have a 6–10 per cent higher risk of developing the disorder than the general population, which has a 1-2 per cent risk.

Several studies have also emphasised social aspects of food, body image, and weight problems, such as family dynamics. The development of the disease is significantly influenced by family and relationship factors too. Rigidity, lack of conflict resolution, and disturbed relationships with pathological patterns of overprotective and controlling parents are known to enhance the risk.

Ongoing support from friends and family is vital. These are complex illnesses, and compassionate support throughout the treatment process is essential.  – The Health

A weekend in Bangkok

It’s always possible to be kind