Not a miracle drug 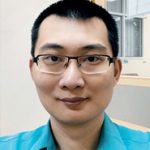 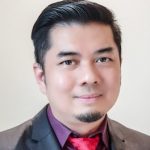 Having been discovered in the late 1970s, Ivermectin is hardly a new drug. It was originally used as a veterinary drug to treat parasitic infections in livestock and pets.

Its use in humans is also approved for the treatment of parasitic diseases, such as intestinal worm and head lice infestations. Its role as an antiviral agent against SARS-CoV-2, which is the viral causative agent of Covid-19, is controversial at best.

Interest in Ivermectin as a potential treatment for Covid-19 was born out of mankind’s desperation to seek a cure for Covid-19 and fueled by apparently promising laboratory studies rather than clinical trials involving humans. However, it should be pointed out that the Ivermectin dose which succeeded in suppressing viral replication in laboratory experiments is high and not achievable with standard (and safe) human Ivermectin dosing regimens.

Since the dawn of the Covid-19 pandemic, many would recall that Ivermectin is not the first antiparasitic agent to be pitted against SARS-CoV-2. Not too long ago, Hydroxychloroquine, which is an antiparasitic drug for malaria, was cast into the spotlight following an apparent endorsement by a certain high-profile politician. However, the World Health Organisation (WHO) has since officially stated that Hydroxychloroquine is not recommended to either treat or prevent Covid-19.

Being also a veterinary drug, Ivermectin is available in several strengths or doses. Common sense tells us that the dosage used in horses or cows would be higher than that used in humans, for the simple reason that a horse or cow has a much larger body mass.

An alarming trend has emerged overseas, where due to inherent difficulties in obtaining a doctor’s prescription for ivermectin for human use, many have resorted to consuming Ivermectin meant to treat animals (which is more easily sourced), potentially exposing them to the perils of drug overdose-related toxicity. In humans, Ivermectin overdose has a wide range of symptoms, such as nausea, vomiting, diarrhoea, hypotension (low blood pressure), allergic reactions, dizziness, imbalance, seizures, coma and even death.

A particularly perplexing observation which has surfaced of late is the higher trust in Ivermectin amongst individuals who are skeptical of Covid-19 vaccination (a.k.a. anti-vaxxers). Thus, one stratagem to reduce vaccine hesitancy (and increase vaccine uptake as a direct result) would be to effectively dispel myths surrounding Ivermectin. At the time of writing, neither the WHO nor our Ministry of Health (MoH) has issued any recommendation in favour of using Ivermectin either as a treatment or prevention of Covid-19.

Also, although numerous clinical trials involving human subjects to evaluate the safety and efficacy of Ivermectin as a Covid-19 drug are ongoing globally, preliminary results have not been promising. It is crucial for the public to know that even although there were initial positive reports that Ivermectin had a role in treating Covid-19, those trials were not conducted in adherence to good science. At least one such study that reported benefits has since been withdrawn in the wake of complaints regarding plagiarism and data falsification.

In summary, until clear guidelines dictating Ivermectin usage for Covid-19 are released by our MoH, the antiparasitic drug should remain as it is – a drug to treat worms and lice. Ivermectin should not be regarded as a miracle drug against Covid-19 under any circumstance for now and the general public should refrain from stockpiling this drug for the misguided purpose of self-medication in the event of a Covid-19 infection.

The best treatment for Covid-19 still lies in vaccination prevention. — The Health