Have a positive outlook for 2022

Whilst we strived to stay Covid negative in 2021, there are signs the worst may be over, but we must continue to follow the SOPs and good hygiene

The year 2021 was indeed an eventful one. While the pandemic in Malaysia saw minimal signs of improvement, the year ended with the most devastating floods ever in the country’s history.

Yet for me, it was a year I continued to strengthen my resolve to improve my mental and physical health and enhance my immune system, especially having turned into the era of the 7 series, age-wise.

I do not want to think about age, as it is just a number. You are as young as you think. Some researchers did say that if you think you are 35, you can continue to act like one.

It was that age where nothing stopped me from enhancing my career by believing in working hard and playing hard. It was the working environment then that pushed you to your limits. 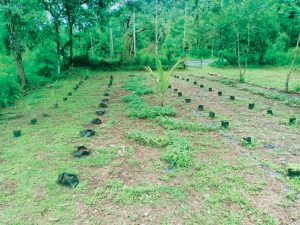 Now that I have “retired” the last 10 years, one may slow down a bit but looking at friends who stopped completely from physical and mental activities, you realise you cannot afford to do that as many are suffering from one non communicable disease or other while some have left us.

As the pandemic and lockdowns continue to persist, I find no choice but to keep my physical activities going. Besides the almost daily ritual of cycling, which has become the rage worldwide and in Malaysia, I was dragged by my neighbour Cikgu Nik Anwar, a retired principal of the KL Sports School to help him work in his small farm in Hulu Yam. We had to clear the weeds and undergrowth that had grown since the lockdown prevented him from attending to the farm for around six months. 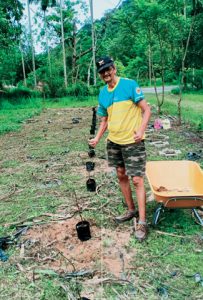 Again, we felt that the authorities should have allowed small businesses and farmers from working on their farms. It is food security. Farms in Cameron Highlands were also finding difficulty employing foreign workers.

As a result, production was reduced, leading to shortages and price increases for vegetables and chickens. Now even fish prices have also shot up.

During World Soil Day on Dec 5, 2021, we were invited to Dr Ting Ho’s Back2Nature Farm in Kuala Pilah, which used age-old methods of natural manures and fertilisers to plant various plants and herbs without the use of chemicals or pesticides.

This is good for the health and sustainability of the soil. We were inspired to move into herbs and spice farming as these are plants that do not require too much care as they are hardy and are experiencing a growing market.

Poor management of the pandemic

Moving on to pandemic management, many of us also felt that there were many weaknesses in managing this whole pandemic. While other governments like Japan, Uttar Pradesh, Delhi and Goa in India, and even Indonesia succeeded in reducing death and infections without closing down drastically their economic activities, we were still sticking to routines that have not shown much success.

In those countries mentioned, one of the key drugs used in the treatment protocol was Ivermectin, which was dismissed summarily by the Ministry of Health (MoH). As a case in point, when Japan started to introduce Ivermectin on Aug 13, 2021, the infection and death rates plummeted two weeks after that. This trend has continued to this day which gave many governments and health authorities to consider its usage as part of the protocol.

On Dec 31, 2021, the Malaysian Alliance for Effective Covid Control (MAECC) issued a media release that they were correct in arguing that if Ivermectin was mass distributed as prophylaxis and early treatment, the infection and mortality rate would have been reduced, and the epidemic brought to a quick halt. They referred to a just-published large scale scientific study conducted in Brazil from July to December 2021, which confirmed MAECC’s argument.

Even the MoH sponsored Ivermectin study — Ivermectin Treatment Efficacy in High-Risk Patients (I-TECH) conducted from June to September 2021 showed a reduction in the mortality rate in the Ivermectin group.

These are highly qualified professionals in their fields of medicine and healthcare and consumer rights activists who know what they are talking about. We will certainly know about the outcome of these results and activities in the coming weeks.

People turned to the internet to understand the situation. There are many reports about the truth of the vaccines’ efficacy, or the lack of it. They are now circulating convincing evidence of how these countries managed the situation. They have recommended boosters when a couple or more countries have proven that these are not as effective.

The new Omicron variant was touted to be increasing the infection rate, but some good news has also come out of this. The number of deaths has reduced. Statistics in South Africa, where the scientists first discovered it showed that the mortality rates have come down.

Some key scientists and researchers seem to suggest that this new variant is “God-sent” as the virus is weaker in causing deaths. More test results will be required before a firm conclusion can be made.

As the economy was opening up, the devastating floods that hit the country at the end of 2021 and January 2022 have caused new miseries to many the country. There were glaring flaws in disaster management by the authorities.

Yet in all this, the rakyat rose to the occasion, and the #rakyatjagarakyat became the new hashtag. That to me, was inspiring.

Working in the small farm with Cikgu Nik is the real dosage I need to enhance my physical and mental health. After all, living beyond the age of 70, we belong to the eight per cent of those in the world who made it.

While practising good hygiene and following the SOP’s, we will have a positive attitude that the worst may be over, and a new dawn is breaking. Welcome, 2022. — The Health

ADI SATRIA, a veteran Marcom executive, sees the new year with cautious optimism. With social media and the information superhighway, one has to keep increasing information and knowledge and not just depend on information from the authorities. The digital platform has empowered us to seek and benefit from alternative information we can and should use.

Premium paid for Sinovac due to delays by Pharmaniaga

Leaving or living with Alzheimer’s disease