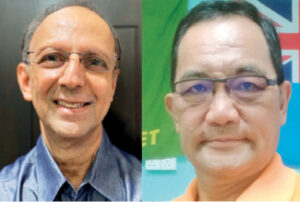 According to the Honorary Awards List, announced in the United Kingdom (UK) on Feb 22, Dr Joshi and Tham will be presented with their awards later this year.

In a statement, British High Commissioner to Malaysia Charles Hay congratulated Dr Joshi on his successful career, dedication, and services to cancer research viewed as significant contributions in the UK.

He said: “Dr Joshi created the much-needed support network to connect like-minded patients, which evolved into a charity. As well as sharing a wealth of resources on mouth cancer, Dr Joshi and his Foundation have also been instrumental in encouraging screening as early diagnosis saves lives.”

In 2004, Dr Joshi founded the Mouth Cancer Foundation to provide professional support to patients, caregivers and survivors of mouth and head and neck cancers.

He started a long-running campaign to encourage all dentists to be aware of the risk of mouth cancer through screening. He created a hugely successful self-examination programme where the general public can check themselves for mouth cancer at home and connect patients through a community forum and website.

Dr Joshi retired from the NHS in 2011 to work as a consultant at the University of Malaya’s Faculty of Dentistry in Kuala Lumpur, where he assisted in the establishment of a restorative dentistry oncology clinic for head and neck cancer. He remains on the Mouth Cancer Foundation’s Board of Trustees.

Dr Joshi said the OBE award was a recognition of the perseverance of all the patients, carers, and supporters who have supported the charity’s vision since its inception and over the years.

Dedicated to finding a cure for cancer