A proper and well-maintained sewerage system is essential for public sanitation and disease prevention. It allows people to enjoy a clean and healthy environment. Disruption to the system can expose the public to waterborne diseases and contaminate the environment.

As the national sewerage company, Indah Water Konsortium (IWK) Sdn Bhd is responsible for operating and maintaining the public sewerage system in Malaysia. IWK operates and maintains more than 7,000 public sewage treatment plants (STP), and over 20,000 km of sewer lines, making it one of the largest sewerage services operators in the region.

“IWK currently oversees operations in all areas in Peninsular Malaysia and the Federal Territory of Labuan. It brings our total population equivalent (PE) to 26 million people, and an estimated 6,000 million litres per day (MLD) of wastewater is treated. Its final effluent released from STPs around Malaysia,” said Ir Mohd Taufik Salleh, Head of Planning & Engineering of IWK. 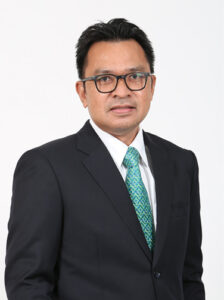 Explaining IWK’s treatments for wastewater from domestic premises, he stated that IWK’s compliance rate to the standards stipulated by the Department of Environment (DOE) stood at 97 per cent as of the end at 2021. The high compliance rate demonstrates IWK’s commitment to protecting water resources.

“When the massive flood occurred in December 2021, about 254 of IWK’s STPs were damaged, with an approximate cost of RM7 million in value. The STPs affected are mainly in Selangor and Pahang,” shared Mohd Taufik.

He explained IWK’s priority in the recovery process was to bring the plants to the operational level as soon as possible. It was done by ensuring that the equipment was revived and the power supply restored to the affected STPs. 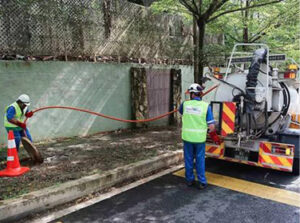 “A total of RM50,000 contribution, consisting of food items and essential needs, were provided to relief centres to assist communities who were affected. IWK also collaborated with Suruhanjaya Perkhidmatan Air Negara (SPAN) to provide 32 portable toilets to eight relief centres.”

Mohd Taufik revealed IWK had taken some measures to prevent and minimise the impact of major floods on its STPs in the future. Among the steps were:

• Identify STPs located in low-lying areas and prone to the flooding risk, followed by registration in the Asset Risk Management System for further action.

• Raise the position of the electrical control panel, all electrical alignment cables and electrical junction boxes in STPs which are at risk of flooding.

• Install flood water level sensors in the electrical control room at STPs that risk flooding as an early warning.

Improved performance through digitalisation and innovation

In the era of digitalisation, IWK embraces technological advancement to improve and innovate its current processes to achieve optimum functionality.

According to Mohd Taufik, while many of the STPs were non-mechanical plants, there were also many mechanised plants. These STPs had supervisory control and data acquisition (SCADA) systems to monitor the STPs’ operations. IWK had also implemented green initiatives such as e-procurement and energy-efficient equipment to reduce paper and energy waste and adopted green technology, mainly in its STPs. 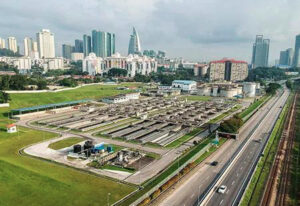 He shared that the state-of-the-art plant served a population of 1.4 million people within the Pantai catchment, covering over 6,700 hectares. P2RSTP was designed to maximise green energy utilisation through the installation of solar panels, biogas utilisation, rainwater harvesting and final bioeffluent reuse for non-potable use, contributing RM6.5 million in yearly savings – an example of IWK’s continued efforts to set new industry benchmarks.

Mohd Taufik stated that IWK supported the Ministry of Environment and Water’s (KASA) direction towards Environmental Sustainability in Malaysia (2020 – 2030), aiming to produce 1,500 MLD of reclaimed water from treated effluent.

Through the technological advancement and innovation of sewage treatment systems, he revealed that IWK managed to produce by-products from its STPs such as bioeffluent, biosolid and biogas as resource recovery products.

“Currently, six IWK STPs are capable of reusing the biogas as a renewable energy resource, and these STPs can produce 10,000m³ of biogas a day, potentially generating 20MWh/day.” — @Green

Roadmap launched for Malaysia’s RE transition