The unequivocal case for decarbonisation

For several years, it has been understood and widely accepted that human activity, such as burning fossil fuels, is causing climate change. But it was never affirmed as a fact, that is, until the publication on Aug 6, 2021, of the latest IPPC Climate Report approved by 195 governments.

The report states that human activity is “unequivocally” the cause of rapid changes to the climate, including sea level rises, melting polar ice and glaciers, heatwaves, floods and droughts.

At the report’s release, the United Nations secretary-general António Guterres warned it was a “code red for humanity. The alarm bells are deafening, and the evidence is irrefutable: Greenhouse gas emissions from fossil fuel burning and deforestation are choking our planet and putting billions of people at immediate risk”.

In other words, we have become the first generation who cannot say that we did not know about climate change and its existential threat to humanity.

Urgent climate action is needed to avoid a climate catastrophe. It includes reducing global greenhouse emissions to half by 2030 and achieving complete decarbonisation by 2050.

The UN secretary-general is calling for an end to new coal plants and ending further fossil fuel exploration and development. He also implores governments, investors and businesses to be laser-focused on creating a low-carbon future by stating that the IPPC report should be seen as a “death knell for coal and fossil fuels before they destroy our planet”.

To what extent do these stark climate change warnings resonate with the Malaysian public? Quite a lot, judging both from a March 2021 street survey, where 95 per cent of the respondents agreed climate change was a global emergency.

During a series of private-sector roundtable discussions earlier this year, participants gave a clear mandate for the Malaysian government to set ambitious and mandatory low-carbon targets and welcomed the introduction of carbon taxation.

The CEO Action Network (CAN) and Climate Governance Malaysia (CGM) organised these roundtable feedback sessions, which compiled a list of low-carbon policy recommendations for the Malaysian government.

Equally important, there is a good business case to be made for transitioning away from fossil fuels, especially when including the external costs.

For example, the air pollution from the burning of fossil fuels causes at least seven million deaths per year, or about 20 per cent of all deaths globally, which comes at an enormous cost to society.

According to the World Health Organisation (WHO), burning fossil fuels is the most significant environmental threat to human health. Consequently, for the first time in 16 years, WHO has adjusted its recommended limits for air pollution to save millions of lives.

The Solutions Project lead by Stanford University calculates what it takes to transition to 100 per cent renewable energy, both in terms of energy planning (energy efficiency, renewable mix, energy storage and grid expansion) and economics.

Once the cost of externalities is applied, the payback time becomes economically attractive.

In Malaysia’s case, a transition to 100 per cent renewable energy is calculated to have a payback time of only 1.8 years. It saves about 10,000 lives every year and creates close to half a million jobs.

Two-thirds of this energy will come from solar energy, and the rest mostly coming from wind power.

For the world to transition to 100 per cent renewable energy, a similar picture emerges with a payback time of just 1.4 years. According to The Solutions Project, energy efficiency will account for 57 per cent of the energy savings, while the remaining energy consumption will be covered by solar energy and wind power.

For decades, global and Malaysian greenhouse gas emissions have been increasing and have shown no sign of slowing down. Changing course to pursue a path of rapid decarbonisation will therefore not be easy.

Thankfully, weighty arguments for undertaking this 100 per cent renewable energy include broad public support, sound economics and the moral imperative of leaving a livable planet for our kids and future generations. And we need to get started immediately.

As of last month, we are the first generation, who cannot say that we did not know! — @greenXtra 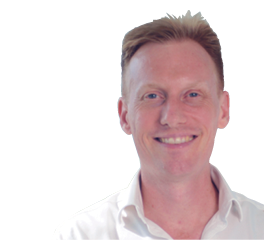 Gregers Reimann is the managing director of IEN Consultants Sdn Bhd – a pioneering green building in Malaysia with a specialisation in efficient and healthy buildings.