The commitment and efforts shown by Malaysia in developing its halal industry are in line with the country’s aspirations to become a leading innovator of the global halal hub.

However, the industry’s development is about fulfilling the market demands for the Muslim community and comprehensively exhibiting Islam’s values. It is why the development of the industry should apply an effective management tool that includes industrial safety that utilises the values of Islam as its anchor.

Today, the halal industry is one of the fastest-growing industries globally. The international trade value of this industry has reached US$50 billion per year (RM190 billion), with the expected trade value increasing for each subsequent year.

Looking at the rapidly growing trade value of the halal industry globally and Southeast Asia in particular, the demand for halal products is not foreign. Countries involved in the halal sector are competing healthily to create internationally recognised halal certification bodies to meet and support the governance of the halal industry for the convenience of the industry and the consumers. 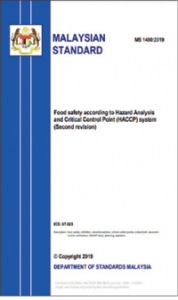 Issues in the industry

The halal industry has now expanded well beyond the food sector, further widening the economic potentials of halal products. However, most SMEs are still reluctant to apply for the Halal Standard (HS) and do not comprehend the significant advantage it can provide in the competitive market.

For many years, people have discussed halal issues relating to halal certification. Even though Malaysia has formulated guidelines, standards and laws regulating the issuance of the halal status, Muslim consumers still face problems in ensuring the products they buy are genuinely halal, as they can only rely on the certification given by the authorities (Khairi et al., 2012; Shahwahid et al., 2017).

This issue has placed consumers, especially Muslims, in a state of worry and declining confidence in the halal status of products in the market. The worst part is consumers’ potential lack of trust in Malaysia towards the halal certification authorities, especially JAKIM (Elistina et al., 2017).

Every Muslim must ensure all the products they use are halal in terms of the materials, sources of the materials, the methods of obtaining them, and the materials’ processing. This obligation needs to be emphasised for all products used as the common perspective surrounding halal products is that it simply refers to only food products. 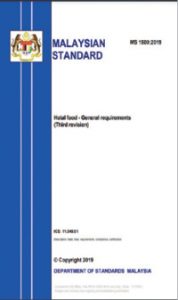 The presence of halal products in the market results from its manufacturing and production activities by the industry involved. Developing the halal sector and all things involved in the halal network can help the Muslim community meet the demands to comply with Islamic Shariah law.

Halal certification authorities in Malaysia need to provide thorough and industry-friendly halal system guidance that can facilitate the development of their halal guarantee system based on company size, number of employees, product type, and production involving export and import.

Only the halal logo from JAKIM and JAIS can be legally applied to products and services.

On the other hand, if foreign manufacturers are keen on marketing their products in the Malaysian market, they can use the halal certification and logo issued by foreign halal certification bodies recognised by JAKIM. (Buang and Mahmod, 2012; Zakaria and Ismail, 2014).

The Trade Descriptions Act 2011 and its Orders have strengthened the position of the halal concept and benefited both suppliers and consumers; they function mainly to give more authority to the enforcement bodies to regulate trade activities.

They are used as a means of deterring suppliers from engaging in trading abuses related to the halal logo in Malaysia. (Wahab et al.,2016). These challenges influence implementing a halal food management system, which is an element in the Halal Assurance System (HAS).

HAS an act as the guidelines for the industries which promote the adoption of the system when implementing, developing, and improving the effectiveness of controlling halal purity. The system includes effective product recall procedures, adequate documentation to enable traceability and a proper filing system for halal applications.

Based on the findings by Ahmad et al. (2017), factors that affect the success of the halal certification system are, among others, lack of human resources and incompetent staff. Another factor is the lack of information about halal procedures in the mass media (Wan Hassan and Awang, 2009; Prabowo et al., 2015).

Soraji et al. (2017) listed out their concerns regarding the challenges faced by the government in developing the halal industry in Malaysia. In particular, there is a challenge to explain the correct concept of halal to both Muslim and non-Muslim companies. Companies sometimes wrongly assume that hiring Muslim staff and their presence in the workspace already fulfils the requirement or element of being halal (Soraji et al., 2017).

In conclusion, awareness from the government, the government’s dependence on imported food products and the increase in the food processing sector contribute to the development of halal institutions in Malaysia. Today, Malaysia can be proud it is a leading halal institution service centre nationally and globally.

Although Malaysia’s halal standards can still not be used jointly with standards of other countries due to different sectarian factors, Malaysia’s halal measures can be improved from time to time by expanding the discussion to the views of the four sects so that said countries can generally accept it. Malaysia can also work with Southeast Asian countries to strengthen a uniform and globally applicable halal standard further.

Although Malaysia will face various challenges in developing universal halal standards, it is not entirely impossible to realise such a feat in the future.

The awareness of today’s consumers, especially Muslim consumers, about the obligation to use halal products has positively impacted efforts to multiply and further develop the halal industry. The halal industry also possesses excellent potential to expand to reach various consumer groups, including non -Muslims.