Since the beginning of 2020, the Covid-19 pandemic hit businesses, investors, governments and the Islamic economy. Several companies and stakeholders were in a financial crisis.

In addressing the global downturn, the State of the Global Islamic Economy Report 2020/21 (SGIE), in its eighth year, plotted the opportunities to get a hook on the projected Muslim spending by 2024. It is expected to be US$2.4 trillion at a five-year Cumulative Annual Growth Rate (CAGR)

The SGIE Report themed “The Islamic Economy Thriving in Uncertainty” was produced by Dinar Standard. The report was launched on Nov 18, 2020, in Kuala Lumpur. The launch was a part of the Malaysia Tech Month 2020 (MTM).

“The report covers all countries around the world that have Muslim population with unique consumer needs and demands. These countries are the ones driving the demand for the what we have estimated this year to be US$2.02 trillion by the 1.9 billion Muslims worldwide on the six real economy sectors,” said the CEO and Managing Director of Dinar Standard, Rafi-uddin Shikoh.

“But the main headline for us amid the pandemic is that the Islamic economy is thriving under the uncertainty. There are silver linings.”

The purpose of the GIEI is to benchmark the leading national ecosystems best able to support the development of Islamic economy business activity relative to their size.

Rafi-uddin said: “The GIEI is a composite weighted index that measures the overall development of the Islamic economic sectors by assessing the performance of its parts in line with its broader social obligations.

“It is made up of 49 metrics organised into four components for each of the seven sectors of the Islamic economy.

“We saw a lot of areas disrupted by the pandemic. We identified 33 opportunities in all sectors.”

The GIEI is calculated by applying a weightage to each of the sector indicators. This weightage is the proportion of the sector’s consumer spend when compared to the Islamic economy spend as a whole.

Accordingly, Islamic finance and halal food sectors are accorded the highest weightage. Data used in the calculation of the indicator is from 2019 and does not account for the impact of Covid-19.

Rafi-uddin shared: “To enhance the indicator as it moves towards its second decade, some changes were introduced into the methodology. The indicator coverage was extended from 73 to 81 countries. Eight countries were added to the indicator, including Spain, Bosnia and Herzegovina, and Japan.”

The food exports to Organisation of Islamic Cooperation (OIC) countries were expanded to include 23 food sub-sector Harmonized Codes (HC), compared to ‘meat and live animals’ exports as the only sector considered earlier.

Despite the deteriorated condition caused by the pandemic, results of the report saw numerous notable developments in the Islamic economy – led by an acceleration in digital transformation, disruption in global supply chains, and increased government focus on food security-related investments.

The global Islamic economy continues to be underpinned by eight key drivers, including a large and growing Muslim population, an increasing adherence to Islamic ethical values impacting consumption, and an ever-increasing number of national strategies dedicated to halal products and service development.

“For Malaysia, there is an opportunity to look at expanding and taking advantage of this disruption. While the significant halal import markets are looking for alternative sources, Malaysia should be looking to step up its exports, which today are not that significant or relative to the overall size of trade of halal products that are happening worldwide.

“But when we look at the overall ecosystem, as you may have seen from the report, Malaysia has ranked number one first and foremost because of its strong Islamic finance ecosystem,” said Rafi-uddin.

The report covers all countries around the world that have Muslim population with unique consumer needs and demands. These countries are the ones driving the demand for the what we have estimated this year to be US$2.02 trillion by the 1.9 billion Muslims worldwide on the six real economy sectors. 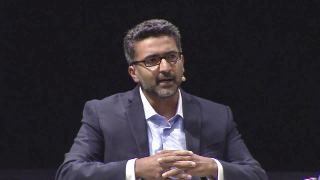 The different components that make up the indicator are as follows:
Tags: @halal
Next Post