Being diagnosed with gestational diabetes can be disturbing emotionally in pregnancy, but with early screening and detection, the condition can be well managed 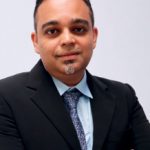 RESEARCH states that gestational diabetes is high blood sugar (glucose) that develops during pregnancy and usually disappears after giving birth. Diabetes can cause problems during pregnancy for women and their developing babies.

Gestational Diabetes Mellitus (GDM) is a type of diabetes that is first seen in a pregnant woman who did not have diabetes before she was pregnant. It usually shows up in the middle of pregnancy.

It occurs because the body cannot produce enough insulin which is a hormone important in controlling blood glucose to meet its extra needs in pregnancy. This results in high blood glucose levels. GDM usually starts in the middle or towards the end of pregnancy.

During pregnancy, a women’s body undergoes hormonal changes and physical changes such as weight gain. Because of these changes, the body’s cells don’t use insulin well, a condition called insulin resistance.

These women develop GDM. As for prevention, before embarking on a pregnancy, if a woman is overweight, losing weight with regular physical activities may help prevent gestational diabetes.

Usually, gestational diabetes has no symptoms. If a woman does have symptoms, they may be mild, such as being thirstier than usual or urinating more often.

A woman is more likely to develop gestational diabetes if she is overweight with a BMI of 27kg/m2 or higher, previously have had gestational diabetes, has a history of giving birth to a large baby, has a first-degree family member with diabetes or with the presence of sugars in a urine test done during routine follow up.

Assessment of sugar levels in a pregnant woman with pre-existing diabetes is vital. Women already on medication would either be advised to continue current medication, or they may need to start on insulin injections. Low dose aspirin will also be given in addition to folic acid, calcium carbonate and vit D3 tablets.

Additional blood tests to look at kidney function would need to be done. An appointment for eye assessment by an ophthalmologist will be organised to look for eye-related complications secondary to pre-existing diabetes.

The woman will also be given a consult with the dietician for relevant advice in maintaining a healthy diet. Her pregnancy follow-ups would further be under combined care with the endocrinologist.

In some women, GDM will respond to a healthy diet and exercise. The majority will need oral medication or insulin. Follow-ups with the obstetrician will be on a regular basis. The women will be advised to monitor their blood sugar levels frequently and any abnormal results will require immediate attention by the obstetrician.

Most women who develop GDM have healthy pregnancies and healthy babies, but occasionally gestational diabetes can cause serious problems, especially if it is not recognised or treated. With gestational diabetes, a woman is more likely to develop a condition called preeclampsia, which is when you develop high blood pressure and too much protein in your urine during the second half of pregnancy.

Uncontrolled sugar levels can also result in a woman having a stillbirth. In terms of delivery, gestational diabetes may also increase your chances of having a cesarean section as your baby may be large. In the long term, the chance of developing Type 2 diabetes later in life also increases.

Most of the developmental anomalies or birth defects are seen in women with pregestational diabetes in pregnancy. The anomalies include problems with the development of the heart, central nervous and skeletal system. These anomalies are usually the result of poorly controlled diabetes during preconception up to the first trimester.

The prevalence of diabetes in pregnancy in Malaysia is quite common, ranging from 18 to 24 per cent. The global rapid increase of GDM is alarming.

Diabetes can be a common endocrine disorder in pregnancy, which is detected in weeks 24 to 28. In certain occasions, the condition can develop earlier as well.

Being diagnosed with gestational diabetes can be disturbing emotionally in pregnancy. But with early screening and detection, the condition can be well managed to avoid any complications during pregnancy and delivery. The prevalence of diabetes has been associated with lifestyle changes, environment and increasing urbanisation.

Lifestyle and eating routines play an important role in keeping your blood sugar levels within a healthy range. — The Health