Is sugar or fat worse?

Sugar and carbs are despised and theorised to be the fundamental cause of all diseases.

Currently, dietary trends tend to favour a high-fat, low-carbohydrate approach. No carbohydrates and no fat, what’s left? Since not all low-fat or low-carbohydrate diets are hazardous to our health, the question is not that straightforward.

Consuming the proper proportion of both (together with protein) in your daily diet is necessary. The most significant issue is the processing of both fat and sugar.

Is refined sugar your ally or adversary?

Researchers at Johns Hopkins Medicine determined that a specific sugar molecule may play a crucial role in the development of Alzheimer’s disease through a “reverse engineering” study utilising brain tissue from five Alzheimer’s patients who died. According to the researchers, if more study validates the discovery, the molecule known as a glycan might serve as a new target for early diagnostic testing, therapies, and perhaps even prevention of Alzheimer’s disease. The research was published online in the Journal of Biological Chemistry on April 20, 2022.

In the United States, Alzheimer’s disease is the most prevalent form of dementia. This degenerative condition affects an estimated 5.8 million Americans and is characterised by the death of nerve cells in the brain owing to the accumulation of amyloid and tau.

The brain’s immune cells, termed microglia, are responsible for eliminating disease-causing types of amyloid and tau. Alzheimer’s disease is more likely to arise when sanitation is subpar. This is induced in some individuals by an excess of the CD33 receptor on microglia cells.

Receptors are not autonomously active. Something must interact with them to prevent microglia from removing these hazardous proteins from the brain.

According to previous studies, these “connection” molecules for CD33 are unique sugars. These molecules, known to scientists as glycans, are transported throughout the cell by specialised proteins that assist them in locating their respective receptors. The combination of protein and glycan is known as glycoprotein.

To determine which specific glycoprotein interacts with CD33, researchers from the Johns Hopkins Alzheimer’s Disease Research Centre acquired brain tissue from five Alzheimer’s disease patients and five individuals who died of other reasons. Only one of the hundreds of glycoproteins extracted from brain tissue was associated with CD33.

Before the researchers could identify this unknown glycoprotein, they had to isolate it from the other brain glycoproteins. Since it was the only virus in the brain to connect to CD33, this property was exploited to “capture” and isolate it.

Glycans are diverse sugar building blocks that alter the molecule’s interactions. These sugars can be distinguished by their constituents. 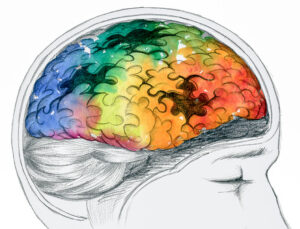 The same glycan “signature” was previously identified on a protein that regulates allergy reactions in the airway, and disruption of the glycan reduced allergic responses in mice. Researchers believe the glycan signature conveyed by RPTP zeta may have a similar effect in microglia deactivation via CD33.

Additional investigations revealed that the brain tissue of the five Alzheimer’s disease patients contained more than twice as much RPTP zeta S3L as that of the healthy donors.

This suggests that this glycoprotein may interact with a more significant number of CD33 receptors than in a healthy brain, restricting the brain’s capacity to remove toxic proteins. Simply put, identifying this unique glycoprotein is a step toward discovering novel therapeutic targets and potential early diagnostics for Alzheimer’s disease.

Next, the researchers want to investigate the structure of RPTP zeta S3L to identify how the glycoprotein’s associated glycans confer its capacity to bind with CD33.

As I did, make food work for you rather than against you by drinking your coffee without sugar. — The Health

Growing old is inevitable, growing up is optional!