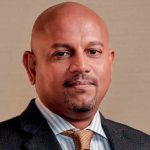 After all the frothing and foaming debates, the Covid-19 BA.5 Omicron variant is what we are left holding, albeit not for too long. We also possess one of the most powerful weapons of all time, hindsight.

A little bit of history. Somewhere in October and November 2019, we experienced a transfer of the coronavirus from bats to humans. The vaccine race began amidst contradictory World Health Organisation (WHO) statements.

All the vaccines — the mRNA, vector, nova, and purified protein – were targeted against this one strain, the Wuhan strain.

However, the virus that fled China and decimated Europe, America, Africa, Asia, and more was not the original Wuhan virus that the vaccines were racing against. This strain had a mutation on the 614th amino acid site, rendering it much more stable. This is the strain that initially spread around the world and caused hundreds of thousands of deaths.

We went into lockdowns. For the” have nots” and daily wage earners who make up the majority of the world citizenry, this was a classic case of “when it rains, it pours”. This discussion and analysis of the socio-economic devastation of lockdowns have been addressed by luminaries like Dr Suneetra Gupta, Dr Martin Kulldorff and Dr Jay Bhattacharya, the prime movers of The Great Barrington Declaration.

With the overspill of anger and frustration, the convenient targets were of course the sitting governments, large corporations, and of course Dr Anthony Fauci, the chief medical adviser to the US President and Director of the National Institute of Allergy and Infectious Diseases.

But the pushback was legitimate too. It had the stench of those infamous words “you are either with us or against us”. Whatever happened to “we are the world”.

I am still old enough to remember the unvaccinated were blamed for the spread of the virus. Government and international health bodies came down so hard on repurposed drugs for the first time. Doctors who voiced against the official narrative were immediately censored, maligned and eventually ostracised.

However, what remains undeniable is that this is a nasty virus. It has killed and will continue doing so for some time to come. Besides the elderly and the not-so-healthy, even children were not spared.

For the first time, we see children presenting with multisystem inflammatory disorders besides autoimmune disease, which is a rarity in children. Children present not just with lung disease but heart disease, liver, kidney and blood disorders.

The vaccines played a pivotal role in reducing serious illnesses. Closer to home, the initial vaccine drive by Health Minister Khairy Jamaluddin was spectacular. The original vaccine well covered the Wuhan, Alpha and Delta. Each is more contagious than the previous and differed by a handful of mutations on the spike protein.

Then Omicron, a completely new animal with 30 mutations on the spike protein. That too BA.1 and 2. BA.4 and 5, which has surged ahead, is even further away from Omicron, which is actually BA.1 and 2.

Now, most of us are aware of these narratives.

But confusion remains on boosters and effectiveness of boosters and side effects to grapple with, especially with the trust deficit established so efficiently by so-called big pharma.

In my humble assessment, I emphasise the word humble, as I sit on the shoulders of giants and share their work. (This particular writing is based mostly on a podcast between Dr Zubin Damania and Dr Paul Offit)

Vaccine mandates are archaic as there is no argument of the greater good here. With BA.4 and 5 many people will be infected albeit with mild disease.

In fact, colleges requesting booster mandates could do more harm than good, as most healthy 20-year-olds should be protected from serious illness from the initial vaccinations or prior infections. Their memory B and T cells responses are still intact and should protect against serious illness. Mandating a third dose for them is completely misguided now that we know the risk of myocarditis and blood clots.

However, in the elderly, the immunosuppressed and high-risk patients, a fourth dose will seem appropriate to protect against mild illness. Although short-lived for about three months, it at least gives them breathing space.

A mild illness could tip them over even before the memory B and T cells are able to respond. As their immediate defence of cytotoxic T cells response might be inadequate. Therefore, when it seems that a mild moderate infection can be problematic, a booster is called for.

The goal is to prevent severe disease

Amongst all the arguments the saving grace is the vaccines have not failed and are still holding on despite the cunningness and stealth of the virus. Even with BA.4 and 5, the average person is still protected from a serious illness.

Are three doses better than two and four better than three and five better than four? It all depends on individual circumstances and not blanket decisions.

Vaccines have now become an individual decision, not a greater good decision. So, it might be a good time for self-introspection for all the holier-than-thou exponents.

This is a single strain rna virus that repeatedly mutates at alarming speeds. It has overridden all prediction models. Measles and Rubella are single-strain rna virus; we could eliminate them with vaccination. This virus is not going anywhere, we are going to be dealing with this for decades.

The silver lining is what is feared most has not happened. If the variant becomes resistant to vaccines, natural infection, or both, we will drop like flies and have no protection from a serious illness.

Even if 100 per cent of the world is vaccinated, we will still get the mild disease because of its short incubation period. Protection against mild disease is not good.

The goal, anyways is to prevent severe disease. And anyone with at least two to three doses of vaccination has their memory B and T cells primed for action against serious illness.

On a lighter note, assuming the tennis superstar Novak Djokovic agrees to vaccinate to compete in the US Open, he could still in the era of BA.5, end up succumbing to mild illness post-vaccination and pass it on to the rest of the participants. — The Health

Dr Jeyarajah Sivalingam is a Consultant Physician at MAC Clinics

Is sugar or fat worse?