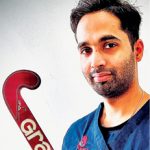 It was February 2002, and a 15-year-old me was representing the school Under-15 football team in the final group game of the season. Then came the clash that will forever change the course of my life.

After going in for a 50-50 challenge of the ball, I came out the worse. I fractured my tibia (shin bone), to cut the story short. A tibia fracture can be treated with a cast or with surgery. My fracture was treated with the former method.

It would lead to my first encounter with an orthopaedic doctor, Datuk Dr Abdul Hamid Abd Kadir. It would be a relationship I would maintain even after entering medical school. It would not be far-fetched to say Dr Abdul Hamid was my first inspiration.

It was an agonising two and a half months. I remember how I was filled with hope that the cast would be removed during each doctor’s visit.

From my own experience, I understood the importance of explaining the treatment plan to the patient from the very first encounter.

Within one month or so after removing the cast, I was back into sports. I was actively taking part. Zero physiotherapies. I found it tricky getting back to full fitness of my pre-injury levels.

In November 2002, about nine months after the first fracture, my tibia fractured again in the same place during a taekwondo tournament. It was another two and a half months of the cast. That was almost six months in total.

I worked closely with him and his team of dedicated physiotherapists. At the time, I didn’t understand why I had to undergo physiotherapy instead of focusing on my sports activities (as I was very eager after months of missing out).

Gym work (strengthening), throwing a medicine ball while standing on a wobble board (proprioception training), swimming exercises, etc., just seemed like a waste of energy at that time.

Strengthening and conditioning exercises paid off, as in my first tournament back, I won the national junior taekwondo championships again. — The Health

Dr Jonas Fernandez is an Orthopaedic Surgeon at Putrajaya Hospital