Addressing bullying from a clinical perspective 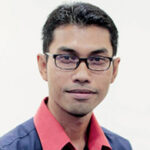 Aiman is a school-going teenager, who was referred to a psychiatry clinic after the family noticed a change in his behaviour recently. He became withdrawn socially and appeared to be in despair most of the time.

He lost his usual interest in sports and has difficulty staying focused in class. More recently, he refused to go to school and became irritable when asked to go.

This was certainly uncharacteristic of him. After a few sessions with the psychiatrist only then did he admit to his horrifying experience of being bullied at school. What initially had been considered as jokes had become a fearful experience for him, enough to stir his emotion into dreadful depressive episodes.

Bullying is when someone repeatedly and on purpose says or does mean and hurtful things to another person who has a hard time defending himself or herself (Olweus 1993, Smith & Sharp 1994). The key feature is its intention to cause harm to others involving threats, rumours, physical, verbal, online, and/or purposely excluding some from the group.

Another important element is the presence of power imbalance between the two parties. In this context, power can be either physical strength, access to embarrassing information, popularity, sociodemographic, skills, or access to resources or numbers.

What was experienced by Aiman was certainly not an isolated case. Globally, it is estimated that 20–25 per cent of youths are directly involved in bullying as perpetrators, victims, or both (Nansel, 2001).

Large-scale studies in Western nations suggest that 4-9 per cent of youths frequently engage in bullying behaviors and 9–25 per cent of school-age children are bullied (Stassen Berger 2007). The National Health and Morbidity Survey (2017) revealed that one in six Malaysian adolescents was a recent victim of bullying with boys being bullied more than girls. A local study by Sabramani et.al. (2021) also reported that verbal bullying was the main type of bullying (51.2 per cent) and cyberbullying is the least common form (13.1 per cent).

The risk factors associated with the act of bullying can be divided into four main factors – individuals, family, peers and community. These factors usually are inter-connected and need to be addressed holistically.

All bullying cases should be viewed thoroughly to address the main underlying issues. Most of the time, the actual incidence is only the tip of the iceberg.

There are many more issues that need to be addressed, more than simply punishing the perpetrator. In most cases, normally the individual involved will be referred to a doctor for an assessment.

Clinicians need to address a few important issues when assessing the affected individuals with bullying. The assessment should be done in multiple settings, involving disciplines such as clinical psychologist and social worker where possible. 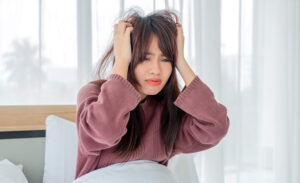 Apart from the depth understanding of bully circumstances, we also need to address issues of possible underlying psychiatric issues pertaining to the bully. For example, the bully may occur in individuals with attention deficit and hyperactivity disorder, conduct disorder, mood disorder and substance use disorder. On the other hand, victims of bullying may have certain vulnerability factors such as developmental disorders, intellectual problems, mood disorders and psychosocial issues such as adjustment disorder.

In the case of Aiman, the issue of depression needs to be addressed first. This is important as the condition may worsen and affect his functioning. The co-morbidity of anxiety, post-traumatic stress disorder and self-harming behaviour should also be monitored to ensure that all possible psychological issues are being addressed.

The affected individual may also require psychological input to address difficulties in adjusting back to his normal routine after the incident. Self-esteem can be severely affected and lead to a poor social adjustment in the longer term.

The person may need to be equipped with some skills to be more assertive in communicating with others to avoid the possible recurrence of the incident. In addition, the issue of safety at school should also be addressed, especially with the school administrator. This is so that the likelihood of future incidence is minimised and proper safety plans can be put in place.

Parents also play a vital role in the management of bullying cases. Parents should provide safety attachments for their children for them to feel trusted and supported. They should not minimise the child’s concern and address the issue delicately.

The same principle is applied to the perpetrator’s case in the bullying incidence. The child needs to be assessed thoroughly for any the presence of any modifiable risk factors.

The presence of underlying psychological disorders need to be addressed and treated accordingly. The psychosocial factors should also be looked at and tackled accordingly. This may involve multi-disciplinary involvement and long-term input. – The Health