The Ivermectin story and controversy

Share on FacebookShare on Twitter
For some strange reason, this drug has been subjected to a persistent disinformation campaign 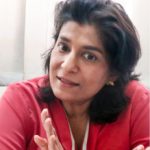 In view of the relentless ongoing pandemic, the priority is to prevent the need for hospitalisation. Overcrowding of hospitals may lead to sub-optimal care and unnecessary deaths.

While vaccines play an important role in halting this pandemic, clearly an anti-viral is required alongside as admitted to by vaccine manufacturer Pfizer and the medical fraternity.

Currently, the medical fraternity has nothing to offer those infected with Covid-19 to prevent its progression. Those infected have to wait fearfully for their fate. That is the stark brutal and cruel truth.

Currently, the only viable anti-viral candidate drug is Ivermectin.

In 2011, its broad-spectrum anti-viral activity in-vitro (cell cultures) against a number of viruses was discovered. The mechanistic evidence shows that it acts at “host level” and not on the virus itself. This means that even if the virus mutates, the mode of action of Ivermectin will not be affected unless the virus now uses a different pathway of entry.

Small scale Proof-of-Concept studies on humans have shown that this anti-viral activity is seen in human subjects and a recent study shows that human subjects given Ivermectin become culture-negative faster. This is indeed very strong proof that Ivermectin works as postulated in humans as well.

Unfortunately, the mechanism of action limits the efficacy of Ivermectin to the earliest stages.

However, for some strange reason, this drug has been subjected to a persistent disinformation campaign which the Rakyat just refuses to believe. This has
led the Rakyat to take matters into their own hands and buy Ivermectin from dubious sources.

This is extremely dangerous as without a doctor’s supervision, they may over-dose themselves or fall prey to fake drugs containing unknown toxic substances.

First, review the safety of Ivermectin

Ivermectin is a drug and is classed as a Class D poison and must be respected as such. However, it has a good safety profile and the UK Oxford PRINCIPLE Trial and the US-Activ-6 Trial dispenses it (by courier) without it being necessary to see a doctor, in most patients. Self-monitoring is also done by the participant online. The US Activ-6 Trial gives it at double the FDA recommended dose.

A French pharmaceutical company, Medincell, also commissioned an independent expert safety review prior to starting their own clinical trials and “confirms the safety of Ivermectin up to a dose of 100 μg / kg / day in continuous administration over one month”.

Hence, any attempt to portray Ivermectin as an unsafe drug in its usual doses and duration is “fake news”.

The efficacy issue of Ivermectin

As to the matter of efficacy, the main argument seems to be that the studies done so far that show a positive result are of low quality. As doctors, we acknowledge that these studies do have some shortcomings.

Even the UK-PRINCIPLE Trial is not of high quality since it is an un-blinded study. However, that is merely reflective of the fact that, in general, clinical trials conducted by non-Pharma or non-Industrial sources tend to suffer from a lack of funding and lack of Clinical Research Methodological & Statistical expertise.

This has been highlighted for at least 20 years and the medical profession has accepted the status quo until Ivermectin came on the horizon. Suddenly, all the professors from medical universities across the world and all the Medical Ethics committees approving these “low quality” studies across the world have suddenly been labelled as incompetent and “fake news” peddlars.

Clearly, there is a double standard at play here.

There is even an attempt to portray the recent unfavourable Cochrane Collaboration as an “independent Gold Standard” review. This is not correct as the Cochrane Review itself has many shortcomings.

The Ministry of Health’s (MoH) own I-TECH study will have shortcomings as it was conducted on moderately ill patients (mid-stage of disease) when the mechanism of anti-viral effect is clearly in the early stages of the infection.

To prevent the Rakyat from consuming Ivermectin from suspicious sources, it is better for MoH to follow WHO’s advice and do a clinical trial. A clinical trial simply means giving a person an experimental drug after full disclosure, informed consent, close monitoring and data collection.

This is a win-win situation for all as the drug is given early, it is given to those who want it and KKM can collect the data and analyse it against “historical controls” which is an approved method by the US FDA. — The Health

Saints and rogues in academia