The Regent of Pahang, Tengku Hassanal Ibrahim Alam Shah Al-Sultan Abdullah Ri’ayatuddin Al-Mustafa Billah Shah, has ordered to expand Chini Forest Reserve area from 4,600 to up to 7,000 hectares. He had also proposed for all mining activities in that area to stop.

According to Datuk Ahmad Khirrizal Ab Rahman, Comptroller of the Royal Household of the Sultan of Pahang, the Regent ordered the rehabilitation of the former mining areas.

The prince commanded the said areas to be restored by planting suitable forest trees and demanded State and federal governments strengthen their preservation and conservation efforts.

Ahmad Khirrizal stated the royal command aimed to protect and conserve flora and fauna in the Tasik Chini area. The Regent was said to have made a surprise visit to Tasik Chini, following the recent claims and photos regarding mining activities in the area that went viral on social media.

According to Ahmad Khirrizal, Tengku Hassanal agreed with the State government’s decision not to issue any new mining permit since 2019. Before the decision, 14 mining licenses were issued, and only two are still active. The decision was made by the Pahang Land and Mines Office in March 2019, after the Tasik Chini State Park was gazetted as Chini Forest Reserve.

As part of his commitment to Go Green and ESG, the prince had recently initiated a #PushUp4Environment challenge on his Instagram account. According to the HouseofPahang, Tengku Hassanal had called for people’s participation in the preservation and conservation efforts to protect the environment.

On June 7, the Organisation for the Preservation of Natural Heritage Malaysia (PEKA) expressed their objection to the approval of the Tasik Chini mining project by the Pahang government. The firm involved in the project located at Lot 89798 Mukim Penyor, Pekan, was co-owned by Kelantan and Pahang royalty. 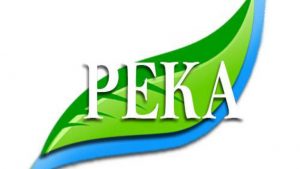 According to PEKA Malaysia, the existing deforestation and mining activities near Tasik Chini had already threatened the buffer zone size in that area.

PEKA Malaysia stated the ongoing pollution and hydrologic disturbance would lead to severe natural disasters such as flooding and landslides. It would also affect the Orang Asli and tourism sector in Tasik Chini.

“PEKA Malaysia is glad approval was cancelled. This activity does not benefit the government and its people,” stated Shariffa.

MyHutan calls out the lack of transparency

MyHutan, a youth-led environmental movement, then expressed its disappointment concerning the issue. Aidil Iman and Divya Arumugam, members of MyHutan said it was devastating to see an ecological heritage exploited rapidly.

“The destructive mining in Tasik Chini and its surrounding area is not aligned with sustainable development. Nor does it uphold the standards of a UNESCO Biosphere Reserve,” said MyHutan.

“The Pahang government must gazette Tasik Chini as a Protected Area and allocate sufficient funds for restoration efforts. The recently passed Belanjawan 2021 introduced RM70 million worth of Ecological Fiscal Transfer (EFT), which should be a part of rehabilitating Tasik Chini.

“Asides from financial support, the lack of transparency must be cracked down.”

Aidil and Divya also stated that efforts to preserve the Tasik Chini area are critical. The site is a biodiversity haven for freshwater species. They are quoted as the world’s most threatened species facing 83 per cent of average decline.

They also highlighted the cultural values of Tasik Chini, which helped to sustain the livelihoods of the Orang Asli communities.

MyHutan pointed out the continuation of the project would be environmentally devastating.

They said: “These impacts include biodiversity loss, sinkholes, contamination and erosion. It would also negatively affect the livelihoods of the local Orang Asli people. If this degradation continues, Tasik Chini will lose its UNESCO Biosphere Reserve status, and Malaysians would see the collapse of a national bio-heritage.”

Wan Rosdy shared the State Land and Mineral Director’s Office, and Forestry Department had been instructed to identify additional areas and work for the expansion. The Pahang MB said the increase would be a great help in meeting the requirements set by UNESCO.

On June 25, Wan Rosdy revealed that the restoration of the affected area in Tasik Chini was expected to cost almost RM20 million. He said the Pahang government had already allocated RM1 million for the effort, which would begin in August.

He stated one of the challenges of the action was the composition of severely affected mine land. However, the State government had designed the restoration plan to comprehensively include biodiversity and hydrological aspects.

The menteri besar denied the State government only took action after the issue went viral. He stated restoration efforts had begun in 2019 when Tasik Chini was gazetted as a permanent forest reserve.

Wan Rosdy also shared that the State government would accelerate their replanting work. They would add another RM10 million to the RM250,000 which had been spent so far for reforestation.

Additionally, the State government would also strengthen the enforcement activities.

An iron ore excavation project in Kuala Tembeling is now in the queue to be approved by the Pahang Department of Environment for its operation. The proposed site of this project is another degazetted forest reserve area. Similar to the controversial Tasik Chini mining issue, this project is also linked to Pahang Royalty.

The project site is in the middle of Som Forest Reserve. Its operation, if the EIA is later approved, will also affect the Central Forest Spine. The EIA report stated that no reclamation and rehabilitation effort could undo the significant damage to wildlife habitats caused by the project. The damage would be irreversible and permanent.

The report also stated that the mining lease for Lot 15523 belonged to Al-Sultan Abdullah Ri’ayatuddin Al-Mustafa Billah Shah’s younger sister, Tengku Nong Fatimah Sultan Ahmad Shah. The lease was expected to expire on July 24, 2021. However, according to the project timeline, site clearing for the mining operations will only begin in August 2021.

Tengku Nong Fatimah had appointed Golden Prosperous Resources as the contractor for the project through Sutera Manja Sdn Bhd. The royal was said to own 70 per cent of the company’s shares.

Golden Prosperous Resources then shared their professional consultant had addressed wildlife conservation and protection in the EIA report, which was already sent to the Department of Environment for approval. It also stated that the government would keep track of the mining activities from time to time.

The first Biosphere Reserve in Malaysia

Tasik Chini was accorded Biosphere Reserve status by UNESCO in 2009. The area consisted of wetlands, Chini Hill and Tasik Chini State Park Reserve Forest. The natural freshwater lake and the gazetted State park are home to many species of flora and fauna.

The National University of Malaysia (UKM) had also taken the initiative to form a research centre in the area which help to manage and sustain the natural lake at Tasik Chini.

According to UNESCO, biosphere reserves are ‘learning places for sustainable development’. The sites of the reserves are used to understand and manage changes and interactions in the ecosystem through interdisciplinary approaches.

This includes the social system, ecological system, conflict prevention and biodiversity management. Its website stated 714 sites had been designated as part of the World Network of Biosphere Reserves.

Tasik Chini is one of the sites in Malaysia which is eligible for the title.

However, due to deforestation and mining activities, Tasik Chini may lose this status. Intense restoration and preservation efforts need to take place immediately to rectify this issue so that Tasik Chini could keep its UNESCO’s Biosphere Reserve status.