The Good, the Bad and the Divine

“A friend in greed: solidarity makes us choose fatty foods”, is more than a mere captivating headline used by The Times daily to attract their readers. It is a powerful message to the public on the considerable influence of social factors on our dietary habit.

A study conducted by the Seoul National University research team found people were more likely to choose the high-calorie menu together with partners who first ordered fatty food. This choice is made as an act out of solidarity, to make sure the partners feel less guilty about their food choice.

Besides the choice of menu, people also tend to adjust the quantity of food intake to match their dining partners.

Eating with others is perceived to be more enjoyable, and the reward gained from it tends to make people eat more than when dining alone. This may partially explain the phenomenon of weight gaining after one month of dawn to dusk obligatory fasting in Ramadan, as Muslim community disproportionately focuses on serving elaborate and festive meals to family and friends, as they break their fast.

One study found that approximately two-thirds of the 173 Saudi families (59.5 per cent) reported weight gain after Ramadan. There seems to be an unwritten social rule that somehow tolerates overindulging when people are eating together.

As such, even though fasting for a month provides an opportunity for a dietary reset, some of us end up even heavier than when we started.

Conforming to a group norm has been for many a rewarding experience. People tend to change their preference and quantity of their food intake to fit their norm; this helps them to enhance their affiliation with a social group and being liked.

Evidence from several studies has shown that social influences on eating are powerful and extensive. To one end, there is research that pointed a social norm as the principal factor for obesity development and maintenance. There is even evidence that linked social norm or context with the spread of obesity. 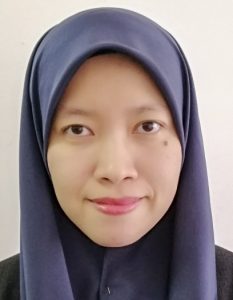 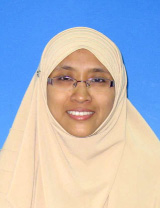 As such, even though fasting for a month provides an opportunity for a dietary reset, some of us end up even heavier than when we started.

Barakah of eating together

Social eating is not all that bad. Quite the contrary, in these modern times, as people spend less and less time in face-to-face encounters, making time for and joining in social eating is more important than ever.

Social eating or eating together has been regarded as traditional social glue. The idea of jama’ah (being together or a congregation) is a central theme in Islam.

The rewards for prayer in a congregation, for instance, is 27 times more than the reward for worship alone. Likewise, eating together is also preferred in Islam as evident from the following prophetic tradition.

“Eat together and do not eat separately, for the blessing is in being together.”

The benefits of eating together are also well-documented scientifically. Social eating facilitates broader and stronger community and inter-community relationships.

It also reinforces our social bonding with friends and family, as hosting the gathering is often associated with praise and appreciation. The well-formed social relationships via social eating will also have indirect health benefits for an individual.

Understanding the impact and mechanism of the social norm to diet, both for the better and worse is essential. Social norms provide a guide or norm for appropriate behaviour in society.

While it could lead people towards unhealthy eating behaviour, studies have also shown that the social norm is equally powerful to direct people to eat healthily.

For instance, people might eat less than usual if they think that consuming a small amount is socially favourable. Emphasising the healthy eating intentions and behaviours of others and ultimately change the society’s norm towards eating as a whole may be beneficial in bringing about dietary change.

Social eating as the tool to promote halalan toyyiban diet

The rising prevalence of obesity in many Muslim countries signifies the urgent need for healthy dietary practices. Diet unarguably is a basis towards a healthy and strong society and nation.

“A strong believer is better and more beloved in the sight of God than a weak believer, [however], there is good in [both types]….” (Sahih Muslim, Book 46, Hadith 52)

A healthy diet is one that helps maintain or improve overall health. Dietary practice in Islam is not about finding the halal source only, and it is about embracing the holistic and wholesome diet – or in short halalan toyibban nutritional patterns.

The collective efforts toward promoting and practising holistic diet are not only good, but also demanded by the religion of Islam. It is a divine cause.

Changing an unhealthy diet can be challenging. Knowing the importance of society as a powerful tool to advocate changes, we need to reform the way we approach social eating to reflect the diet that is halalan toyyiban truly.

The effort could include educating our local community that social gathering should not be necessarily accompanied by more food intake. Most importantly, we need to educate our Muslim communities, and other communities on halalan toyibban diet as this message is for the entire humanity.

Muslims are social creatures, with firm root to the committee. As a close-knit community, we eat together – sometimes, even from a single plate.

For Muslims, eating together is not the only means for social bonding, but it is also one of the prophetic traditions. As a noble cause, social eating should be used to encourage healthier eating for the greater good, not the enabler for unhealthy diets.

It is very timely for us to use our interaction as the platform to teach healthy and balance eating habits, the diet that is halalan toyyiban. We shall aim for the divine solidarity towards building a healthy and strong nation. This noble vision is without doubt, well-grounded with maqasid al-shari’ah (the higher objectives of the shari’ah).

Our social eating should be both healthy and enjoyable, halal and toyyib – the way for us to obtain the God’s blessings
(barakat, s. barakah) in the present life and the Hereafter.