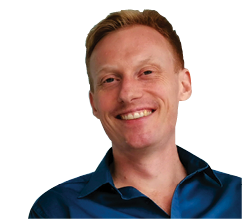 Over the last four decades, it has become increasingly clear climate change not only is caused by humans but also constitutes an existential threat to humanity.

Climate change is caused by greenhouse gas emissions, which climate scientists say must be cut in half by 2030 to not pass the threshold of irreversible catastrophic climate change.

Metaphorically speaking, our house has caught fire, and swift action is required to save it from burning to the ground. In a normal scenario, firefighters would immediately be called to quickly put out the fire with large water quantities.

In the context of climate change, however, we have been very slow to call the firefighters. Not only is our house still increasingly on fire – as evident by the accelerating rate of global greenhouse gas emissions – but we have actively been adding fuel to the fire by giving significant subsidies to fossil fuels, a major source of greenhouse gas emissions.

In fact, the International Monetary Fund has calculated that the annual post-tax fossil fuel subsidies in 2017 corresponded to a staggering 6.5 per cent of the global GDP (or US$5.2trillion).

It is high time that the global fossil fuel subsidies are removed and that a “polluter pays” principle is implemented for greenhouse gas emissions by introducing carbon taxation. The carbon tax should be set to a value that matches the Social Cost of Carbon (SCC), so it becomes commensurate with the adverse effects of greenhouse gas emissions on human health and the environment.

A carbon tax will cause carbon-intensive products to become comparatively more expensive than the environmentally friendly alternatives, shifting the market in a green low-carbon direction. The smart thing about carbon taxation is that the prices across the society will be affected proportionally to their individual carbon footprint.

As such, carbon taxation is universally applied fairly and robustly and is not prone to special interest lobbyism.

In Southeast Asia, Singapore is the first and only nation to implement a carbon tax. The Singapore carbon tax is set at SG$5 (US$3.7) per ton of greenhouse gas emissions, expressed as a ton of carbon dioxide equivalents (tCO2e).

Singapore plans to increase the rate by 2023, and rightfully so, most yardsticks’ current carbon tax is meagre. The World Bank, for example, recommends US$40/tCO2e as the minimum social cost of carbon.

Likewise, the Paris Agreement recommends using a range of US$40-80/tCO2e to achieve climate targets. A much higher cost of US$417/tCO2e was determined in a recent large global study published in Nature Climate Change (2018).

In reality, however, only a limited number of countries have implemented a carbon tax of the recommended US$40/tCO2e or higher. Even in the European Union, which is seen as a global leader in legislating for transitioning into decarbonised society, the carbon market price is currently only at US$33/tCO2e.

Only a handful of countries have implemented higher national carbon taxes, such as France (US$50/tCO2e), Switzerland (US$96/tCO2e) and Sweden (US$127/tCO2e).

A commonly heard argument against implementing a carbon tax – or environmental taxation in general – will hurt low-income families by reducing their disposable income. The opposite is true if carbon taxation is implemented as a simple “Fee and Dividend” scheme.

Championed by the Citizens’ Climate Lobby, the monthly national carbon tax revenue is paid out as a monthly dividend in equal proportions to all citizens in this scheme.

Low-income families will typically experience a net economic gain, as the monthly dividend payout likely will be significantly higher than their monthly carbon taxes expenses due to the lower consumption and spending power of low-income families.

In other words, if applied along the lines of the Fee and Dividend scheme, carbon taxation can gain instant approval and popularity among the low-income segment of the population and become a political win.

Another commonly heard argument is that carbon taxation hurts the competitiveness of businesses. Different taxation policies can help alleviate this problem, such as a Carbon Border Tax Adjustment (CBTA) imposed on imported goods from countries without carbon taxation.

Moreover, energy-intense domestic industries can be given time to adjust by granting them a tax credit that is gradually phased out. It is also worth mentioning that push for carbon taxation sometimes come from the industry itself.

Case in point, the Confederation of Danish Industry, representing 18,000 companies, has for the past two decades regularly pleaded with the Danish government to impose more strict domestic energy efficiency requirements. Why? Because looking ahead, they know the impending Climate Crisis will spur global demand for energy-efficient and climate-friendly solutions.

Strict domestic environmental standards will force businesses around the country to develop climate-friendly products while staying relevant and competitive on the global market. It’s an excellent strategic business decision to pursue low-carbon solutions.

Last year, the Chief Economist of the World Bank, Joseph Stiglitz, stated that the climate crisis is our “third world war and needs a bold response because we cannot afford not to act, as our civilisation is at stake”. Let’s make the global implementation of a carbon tax one of those actions. — @green

Is winning an auction a good thing?