Indonesia, Malaysia and the Philippines discuss challenges and opportunities in energy sector

The BIMP-EAGA cooperation initiative, launched in 1994, spurred trade, investments, and tourism growth among the BIMP members.

The issue of climate change has prompted stakeholders in these four countries to adopt green technology and tap into renewable energy (RE) sources. There is a need for a proper discussion on the opportunities and challenges in the energy sector across the regions to ensure a secure energy supply for long term economic growth. 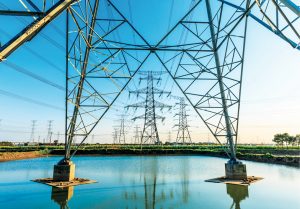 The BIMP-EAGA Energy Online Conference and Exhibition (BECE) 2021 was held to spearhead further discussions among these four countries.

Day 2 of the conference witnessed a discussion on ‘Power & Energy Infrastructure: Opportunities & Challenges’ among speakers from the governments of Indonesia, Malaysia and the Philippines.

Ir Rida Mulyana, Director-General of Electricity, Ministry of Energy and Mineral Resource of the Republic of Indonesia, shared that the general principles of electricity in his country were sufficiency, reliability, sustainability, affordability and equality. As of December 2020, he revealed that the national installed power generation capacity stood at 72.8 GW, with the majority coming from coal.

Mulyana shared Indonesia’s Electricity Development Planning (DRUPTL PT PLN 2021-2030), in which the government is targeting 100 per cent of the electrification ratio in 2022.

“The government also (wants to) maintain the energy balance for every system to ensure supply availability,” said Mulyana.

“To achieve 23 per cent of renewable energy by 2025, the government prioritises RE generation without production cost increment. We also encourage Solar PV due to declining prices and utilise stranded assets such as dams and abandoned land to be converted into solar plants.”

He emphasised there would be no other coal-fired power plants except those already under construction. The Indonesian government also mandated that the RE portion in the draft plan should be more significant than fossil fuel, and the next project would be greener.

Regarding the RE development, he shared that the government would convert the primary fossil fuel energy through the de-dieselisation programme and increase the use of biodiesel.

“Then, co-firing coal-fired power plants with biomass. The next step is to increase RE capacity by focusing on massive solar power development.

The energy trilemma in Malaysia

Even with the positive growth of RE development, Nurhafiza stated that Malaysia still faced the energy trilemma regarding energy security, energy sustainability, and energy affordability. She highlighted that all these three elements need to be balanced to guarantee a sustainable and affordable energy supply.

Regarding energy security, she revealed the challenges were the over-dependency on fossil fuels, regulatory constraints, disruptive technology and demand forecasting difficulties.

For energy sustainability, Nurhafiza said: “There’s some limitation in solar penetration. In Malaysia, we capped the penetration at 24 per cent of peak demand to maintain grid stability. Next, the public pressure. We still have to remember that there’s an intermittency issue, and we still need an ultimate plan for a stable generation.”

She then explained some other challenges to energy sustainability in Malaysia, including financing, site availability, stringent environmental assessment, grid accessibility, and feedstocks for biomass. As for energy affordability, the director said that the challenges reside in the regulatory, infrastructure, financing and fuel price.

Impacts of the pandemic on the Philippines’ energy sector

Mario C. Marasigan, the Director of the Electric Power Industry Management Bureau (EPIMB) at the Department of Energy, Republic of the Philippines, shared the challenges faced by the power sector during the pandemic in terms of generation, distribution and transmission.

“For generation, many projects have been delayed. This is primarily because of the difficulties in allowing foreign nationals who are the experts and the advisors. This limited movement also hinders the fulfilment of necessary materials for the generation facilitie,” said Marasingan.

“Similar to Indonesia, we have more than 7100 islands, and that makes it difficult for us to travel from one island to another, particularly in doing business and implementing projects.”

In terms of the distribution system, he emphasised the challenge was in the limitation in the movement of both local workers and foreign nationals. He shared that the meter reading was an issue for the Philippines in 2020 due to the restriction.

“But, primarily, the most significant impact that we have is in terms of our Competitive Selection Process (CSP), the procurement process of power supply by distribution utilities (DUs) for their captive consumers. This was delayed.

“So, the delay of this means the lack of contracts and lack of generation projects,” said the director, adding that the government, however, has modified its role to cater to the issue and adopt the online method to carry out the process.

“We also have concerns on the transmission projects. This is particularly the interconnection projects.”

He explained that the transmission projects were also impacted by the foreign nationals’ difficulty to enter the country. In addition, the pandemic had also led to challenges in the approval of right-of-way (ROW) and the acquisition of lands.
— @green