Hatta Dolmat is a renowned name in the Malaysian fashion industry. He has been on the scene for over 16 years and has been an inspiration to many young fashion designers.

He was recently recognised as the first designer with a sustainable fashion collection by the Malaysia Book of Records. Hatta shared his experiences with a government agency, Malaysian Green Technology and Climate Change Centre for MGTC X Hatta Dolmat.

The collaboration left the public in awe as their hijabs and face masks were made of 100 per cent recycled plastic bottles or recycled polyethene terephthalate (rPET).

“The objective of this collaboration is to spread awareness on sustainability to as many people as possible,” said Hatta.

According to him, Malaysians have started to open their eyes to sustainable fashion compared to three-four years ago.

He had a good platform in KL Fashion Week last year, during which he promoted his sustainable fashion collection. The opportunity gave him a chance to spread sustainability awareness to other designers and media personnel.

“Starting from that, I continued with my Hatta Dolmat Sustainable Awareness Movement. I collaborate with MGTC for this project,” he added.

He said the direction of the government agency was in line with what he had in mind. He believed the collaboration would help to get the message of sustainability to reach more people.

He also shared that the 100 pieces of rPET hijabs were sold out quickly online. 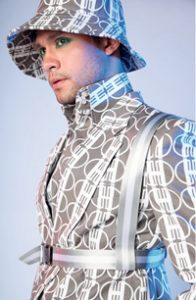 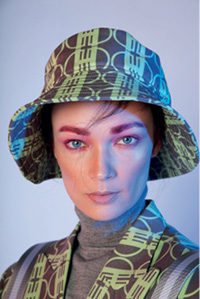 The production process of rPET fabrics

When asked how this collection process was, he said there wasn’t an option previously.

He said: “I had no choice for my previous sustainable collection. But for this collaboration, I get to choose the materials.”

He looked at several fabrics suitable for hijabs and face masks. After MGTC agreed with the material chosen, he then came out with nature-inspired motifs.

“Even though the hijabs and face masks are made of 100 per cent plastics, they are breathable. Satin too is 40-60 per cent polymer,” Hatta pointed out, explaining people often had the misconception that the material would be too sturdy to wear.

He then further elaborated on the production process.

“All recycled plastic bottles were broken down into small flakes, which were then processed and turned into yarns. The yarns would be put together and turned into a piece of fabrics.”

Hatta said that the term ‘sustainable’ regarding fashion was very general.

“If we’re talking about the production process, sustainability will include saving energy, manpower, space and time. Pre-order items will be considered sustainable compared to ready stocks.

“Fashion is also considered as sustainable when they are used for a very long time.”

According to him, many people nowadays bought clothes and only wore them once.

He said: “Even if it is a sustainable product, but if it is only used once then, it is not sustainable.”

“As long as the clothes do not end up in landfills, then all of us actually sustainably play our part.”

He shared that it was in 2015 when he started to use fabric remnants in his collection.

“I started to print my own fabrics. Then, I realised I could use the remnants to make many things such as pouch bags, bucket hats and other accessories. With this initiative, I can reduce the number of fabrics that will end up in landfills.”

The designer said upcycling really helped to preserve the environment.

“It takes 100 years for denim to decompose. Even for socks, it takes 30-40 years. The pieces can create new things through upcycling, just like in Thailand where they use old denim jeans to make bags.”

Hatta said that many people still believed that upcycled or recycled items were not new and had been previously used. However, he thought it was time to educate and inform these people about the detrimental effects of textile waste on the environment.

“They need to know what would happen in landfills if they do not support sustainable or recycled products.

“When we put them up on our website, they are curious. People want to learn more.

“It is our task to educate them. We would explain that the cost for sustainable products would be slightly higher for several reasons.

“Even though their main concern would be how pretty the end products would be, but it is our task to educate them about sustainability.”

When he was asked about the challenges to sustainable fashion among local fashion designers, he replied: “There are still many who think that recycled materials have ‘no class’. 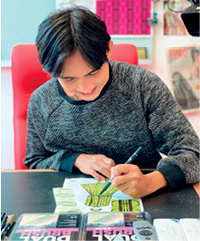 “It is ironic because many global brands such as Marc Jacobs and Gucci have long come out with their own sustainable collection.”

He further explained that these designers still had the mindset that recycled or upcycled materials were not new. They also have this fear of trying new things.

“I used to be like that too. When I started, I had that fear as well,” Hatta said, adding that working with an experienced team really helped him to get over that fear.

One of his efforts to promote sustainability in the fashion industry is through the Kuala Lumpur Young Designer Award.

Contests and platforms are significant to fashion students. Hatta included a sustainability syllabus by hosting this contest and informed the new designers about recycling, upcycling, and SGD 12.

Hatta said that it was time for local fashion designers and the public to learn about environmental issues and contribute to saving the environment. 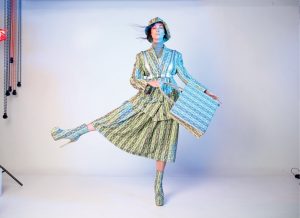 Regarding the future of sustainable fashion in Malaysia, he believes that more people are becoming aware of the effort and can flourish locally. — @green

Do we need more dams?