Do we need more dams?

The advantages of a hydroelectric dam are so many. It can generate power to the grid immediately, provide essential backup power during major electricity outages or disruptions, in addition to being a sustainable fuel source, along with several benefits such as flood control, irrigation and water supply.

But whenever a hydroelectric dam project is mooted – it doesn’t matter where – it will always be opposed by environmentalists and people living in the affected place where the dam is to be built.

We can understand the opposition to the dam by the people living in the affected area but the environmentalists, are they just too much? Not necessarily.

Hydropower has been the leading source of renewable energy globally, accounting for up to 71 per cent as of 2016. This capacity was built up in North America and Europe between 1920 and 1970 when thousands of dams were built.

The hydropower industry moved to build dams in the developing world and, since the 1970s, began to build even larger hydropower dams along the Mekong River Basin, the Amazon River Basin and the Congo River Basin.

However, starting in the late 1960s, big dams were no longer built in developed nations because the best sites for dams were already developed. The costs became too high, and most importantly, growing environmental and social concerns made the costs unacceptable.

Since then, hydropower’s contribution to the US’s electrical supply has steadily declined to 6.1 per cent of energy consumption, and other energy sources, such as nuclear, gas, coal, solar, and wind, began to replace it. Dam removal rather than construction has become the norm in North America and Europe.

According to a study in 2018, many large-scale hydropower projects in Europe and the US were disastrous for the environment. The same problems are being repeated – disrupting river ecology, deforestation, losing aquatic and terrestrial biodiversity, releasing substantial greenhouse gases, displacing thousands of people, and altering people’s livelihoods, plus affecting the food systems, water quality, and agriculture near them.

In fact, the study on “Sustainable hydropower in the 21st century”, which was an inaugural article of the proceedings of the National Academy of Sciences of the US, discovered dozens of dams in Europe and the US were being removed every year, with many considered dangerous and uneconomical.

The study also bemoaned that these projects’ unsustainable nature has not been recognised in the developing world, as new dams are now being planned for rivers in Africa and Asia.

Here comes the irony – as the West is giving up on building new hydroelectric dams and are dismantling them, here in Malaysia, there are the Papar dam project in Sabah and the Nenggiri dam in Gua Musang, Kelantan, which will be under construction soon.

In the case of the proposed Nenggiri dam project, more than 3,000 Orang Asli from 17 districts and hundreds of villages in Kelantan objected to the dam’s construction by the Kelantan government, saying it would destroy 5,384 hectares of customary land and Orang Asli territory.

As for the Papar dam, the Sabah government is mulling the possibility of moving the Papar Dam back to its original location in Penampang because the dam could only provide water for up to 60 years, whereas if it is moved to Penampang, it would be 85 years.

This drew a response from Parti Sosialis Malaysia (PSM), calling for the Sabah government to scrap the project, as it is not feasible and a colossal waste of money.

Speaking to Focus Malaysia, PSM’s central committee member Sharan Raj said while his party support infrastructure projects that would help the public at large, the dam project would not help anyone.

He urged the State government to invest in reducing its non-revenue water (NRW) rate and improve its electricity transmission and distribution system instead.

It would be good if the train of thoughts for building a dam is directed first and foremost to a flood mitigation objective and then spinning it off to power generation and agriculture objectives.

How can this be done?

Take the case of Kelantan. Every year, heavy rainfall coupled with high tides threaten the return of floods. Due to the lowland nature of Kelantan, the Kelantan River regularly overspills its banks from November to February because of the northeast monsoon season.

Undertaking a flood mitigation project via a deepening of the Kelantan River using dredges and other suitable equipment will ensure the smooth and efficient water flow in Kelantan River. The removal of sediments will prevent the spread of contaminants to other areas of the water body.

River banks should be raised

Some parts of the river which meander and prevent a smooth and efficient flow should be straightened. The small islands and sandbanks which dotted the river should be removed.

Under this flood mitigation project, the river banks would be raised to a level where water during the monsoon or flood season would be contained and not overflow its banks. Or better still, a dam, one each on both sides of the river, can be built for this purpose.

Traditional dams are often used for a dual purpose of flood control and to generate hydroelectric power. This is done with its concomitant displacement of people and inundating extensive forest lands and farmlands that have to be flooded, not to mention the negative impacts on the environment. However, these two dams would be created after the deepening of the Kelantan River.

The improvements to the Kelantan River via this flood mitigation project will create ‘new lands’ on both sides of the river bank. These lands would be suitable for installing a state-of-the-art solar farm (producing more than 300 MW) on one side of the riverbank and constructing a four-lane highway on the other side of the riverbank.

Hence, it’s new lands we are talking about, so there is no displacement of Orang Asli or the environmental impact on flora and fauna. On top of this, there would still be power generation – this time renewable energy through the solar farm project.

The flood mitigation project alone will create thousands of employment opportunities. The river flows past seven important towns, from south to north – Kuala Krai, Tanah Merah, Machang, Pasir Mas, Tumpat, the State capital Kota Bharu, and Pengkalan Chepa, which lies near the mouth of the river.

Most importantly, with the flood mitigation project, the Kelantan water quality will be much improved, which would benefit the river fishermen and padi farmers under the Kemubu Agricultural Development Authority (KADA). They are dependent on irrigation canals.

Presently, these canals are silted up and problematic for maintenance due to the Kelantan River’s muddy waters.

With good water flow, the Kelantan River Delta also provides a natural environment for the aquaculture industry to thrive. With some improvements to the water depth and improved brackish water flow system, many world-class aquaculture farms can be created, giving employment opportunities to the local people, especially to the many unemployed Kelantan graduates. — @green 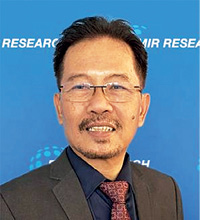 Jamari Mohtar is Director of Media & Communications at EMIR Research, an independent think-tank focused on strategic policy recommendations based upon rigorous research.

Diversity and inclusion in the energy sector