We CONDUCTED a street survey with 20 Malaysians, asking them about economic and environmental issues relating to the Malaysian energy sector.

The survey revealed significant misconceptions about the economic importance of the oil and gas sector, the impact of fossil fuels on human health, and the land required for a 100 per cent transition to renewable energy.

This article reports on our exciting findings from this March 2021 street survey conducted at three different locations in Kuala Lumpur.

Q1: Do you think of Malaysia as an oil & gas nation?

Eighty-four per cent of the street survey respondents answered “yes”. But we were in for a big surprise when asked how many per cent of the Malaysian economy (GDP) that the oil & gas sector accounts for. Forty-two per cent was the average answer, but the actual figure is just six per cent, or nine per cent when including downstream refined petroleum products. Interestingly, none of the 20 respondents came close to getting this answer right. The nearest answer was 20 per cent.

In 2014, the Finance Minister’s Economic Report 2014/15 mentioned that the Malaysian government planned to rely less on oil-related revenue. This was due to the highly volatile global crude oil prices and exchange rates that had a clear impact on Malaysia’s revenue.

Once presented with the above figures, 75 per cent of the street survey respondents still thought Malaysia should expand its oil & gas industry, almost as a knee-jerk reaction to the commonly held belief that Malaysia is an oil & gas nation.

Q2: Do you think that climate change is a global emergency?

Ninety-five per cent of the respondents answered “yes”, despite most having just expressed a wish for Malaysia to expand its oil & gas industry. With fossil fuels being the major contributor to climate change, the street survey respondents seem to want to have it both ways.

Two-thirds (64 per cent) answered “yes” to the same question in a 2021 global poll conducted by the UN with 1.2 million respondents from across 50 countries, which excluded Malaysia. Interestingly, our Malaysian street survey answers align well with this UN global poll on what to do about climate change.

On May 5 this year, the Minister in the Prime Minister’s Department announced that “Malaysia aspires to be a carbon-neutral nation”. And that “the country views climate change and sustainability as an issue of high significance”.

However, not unlike the respondents in the street survey, the Malaysian government seems to want to have it both ways, too. The government recently introduced a blueprint to revive the oil and gas industry in Malaysia to increase its contribution to the nation’s GDP by 2030.

Q3: How many people die per year in Malaysia due to air pollution caused by fossil fuels (petrol, diesel, gas, coal)?

The average answer was 33,700 deaths. According to The Solutions Project (2021), the figure is 9,353. The street survey answers varied greatly for this question, namely from zero deaths per year to 300,000 deaths per year. Notably, most of the respondents underestimated the annual death toll, but a few resulted in a high average number.

Most Malaysians associated air pollution to the annual haze season. This is when farmers burn their fields, causing a blanket of smoke (“the haze”) to engulf much of the country. While air pollution is severely felt in Malaysia, it is the “regular” air pollution from the daily burning of fossil fuels that causes the most adverse health effects and deaths.

Harvard University research (2018) found that more than eight million people die globally due to the air pollution from the burning of fossil fuels, corresponding to a staggering one in five deaths. The high death rate from air pollution is higher than previous estimates and surprised even the study’s researchers.

George Thurston is an expert in air pollution and health at the NYU School of Medicine. He said the air pollution death toll outlined in the study may underestimate the accurate picture.

“When we talk about the human cost of air pollution or climate change, the major causes are one and the same – fossil fuel combustion,” Thurston said.

“This study reinforces the message we must no longer ignore. We are paying to use fossil fuels with our lives and our health, and our most vulnerable populations are suffering at higher rates.”

According to the World Health Organisation, air pollution in Malaysia is responsible for one out of every nine deaths. For many of the participants in our street survey, this came as a complete surprise. Some were even shocked to find out fossil fuels could kill.

Q4: How many per cent of the land would Malaysia need to switch to 100 per cent renewable energy?

Thirty-five per cent was the average answer from the street survey respondents, which reveals a great misconception. The actual figure is 50-fold smaller, namely just 0.74 per cent.

The 0.74 per cent land area figure comes from The Solutions Project (2021), which charts out the cheapest way for Malaysia to transition to 100 per cent renewable energy. The study proposes a seven per cent energy demand reduction from energy efficiency.

Wind velocity increases with height above the ground, which is exploited by the new tall wind turbines that almost reach the height of the Eiffel Tower!

In addition to saving 9,353 lives per year from reduced air pollution, a transition to 100 per cent renewable energy would also add 440,000 jobs to the Malaysian economy. Moreover, the resulting electricity price will be 37 per cent cheaper (6.61 US cent/kWh) than getting the energy from fossil fuels (10.44 US cent/kWh).

People correctly guessed that renewable energy would be cheaper. Still, the average answer was at a more conservative figure of 14 per cent. According to The Solutions Project, the transition to 100 per cent renewable energy in Malaysia pays for itself in as little as 1.8 years from air pollution and climate cost savings alone.

The end of oil and gas bonanza?

The latter years have also seen a growing public understanding and concern for climate change, which poses an existential threat to humanity. Most of the world’s population agree that we face a climate emergency and demand urgent action.

In this light, it seems absurd that in today’s world, according to the IMF, 85 per cent of all global subsidies are given to fossil fuels. Obviously, these subsidies have to stop. The sooner, the better.

Like the respondents in our street survey, it is time to snap out of old misconceptions about the importance of fossil fuels and instead act on the facts at hand. After tabulating the actual costs of fossil fuels and the climate risks, it is clear they must be left in the ground. While rapidly transitioning to cleaner, healthier and cheaper energy options.

Or, as the former Saudi Minister of Oil, Ahmed Zaki Yamani, articulated: “The Stone Age didn’t end for lack of stones, and the oil age will end long before the world runs out of oil.” 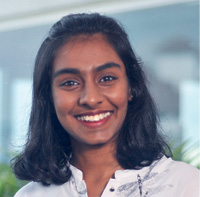 Yamona Segar is from IEN Consultants Sdn Bhd – a pioneering green building consultancy in Malaysia with a specialisation in energy-efficient and healthy buildings.