Is winning an auction a good thing? 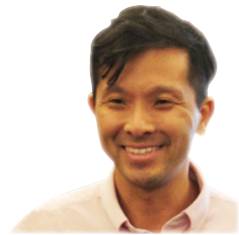 The year 2020 gave tribute to Robert Wilson and Paul Milgrom on their work on auctions’ theory. Their work demonstrated how auction designs can yield different outcomes, and specifically, the role information – or lack thereof – can play in shaping a buyer’s bidding strategy.

Could this be applicable in Malaysia’s solar tenders where forward projection curves are used on solar panel prices? Outcomes are likely skewed to bidders with information that overestimates the value of the solar panel prices.

As a result, the winning bidder may lose out and get stuck having to complete a project that is not worth it. Things only worsen when the selling price of the product/commodity offered at the auction is variable.

Auctions have been used as the preferred tool to award renewable energy projects worldwide. They have proven to be a handy tool to reduce procurement costs of renewable energy and help reveal their actual costs simultaneously.

With near-zero apparent setback to governments when they employ such procurement strategies, there is often a disparate self-serving interest for the procuring party to bewitch the “winner’s curse” on participants.

Despite knowing that being too aggressive has its drawbacks, most participants, however, are still bound by the fear that there will always be an entity that imperfect information will cause the bid to be overtly aggressive, leading them to be disqualified in the auction.

A hint of this phenomenon may be visible in project developers’ delays in completing the Large Scale Solar 1 and 2 projects.

Recent renewable auctions in India and Brazil had employed the simultaneous bid multi-round auction design where bid prices of previous rounds are shared anonymously among bidders so that bidders can be more confident in their bidding.

Proponents of this methodology claim such a design allow participants to gain information from other participants’ evaluations. It gives them the confidence to bid aggressively.

At the same time, the government has also been keen to promote the New Enhance Dispatch Agreement (NEDA).

Future large scale renewable energy tenders could consider a combination of multiple interlinked offers or offers with a range of installed capacity or a project with various energy volume commitments, the remaining volume being sold on the wholesale market.

Recent experience in Portugal and Germany could provide new insights into how auctions could be operationalised in Malaysia.

In August 2020, Portugal organised PV auctions for 700 MW of grid connection capacity. The auction was for standalone grid projects with capacity ranging from 10 to 110 MW where the winner would be awarded based on the lowest price criteria.

While on the onset this may not seem innovative, the auction was different as it put three various support schemes in direct competition with each other as participants were free to choose any of the following methods to develop their financial models:

2. An ex-ante fixed premium to be paid by the project to the Portuguese government for the rights to connect the project on the merchant market without energy storage, and

3. An ex-ante fixed premium to be paid by the project to the Portuguese government for the rights to connect the project on the merchant market with energy storage, a battery with one-hour storage of 20 per cent of the installed PV capacity.

In all cases, the awarded solar plants will receive their primary revenues from their production’s daily sale to the wholesale market as any other plant operating in their market.

In the Malaysian context, at first glance, it is likely that one’s assumption to be that Scheme 1 to be oversubscribed as it is as per status quo and it provides for indeed in the project receivables.

Scheme 2 may attract more experienced developers with no takers for Scheme 3.

You may be surprised to learn that despite the complexity of Scheme 3 and the uncertainties in the scheme’s revenues, it was this scheme that attracted the most interest among bidders.

The Portuguese authorities were anticipating the need for a subsidy for Scheme 3. But the premium level turned out to be negative, meaning that, to access the grid injection points, the project developers will pay a fee to the Portuguese government.

Staying true to an auction’s intention, one would imagine that the winners are the project developers. However, the biggest winner would have been the Portuguese government itself, who are to be paid by the project developers for the rights to connect their solar PV projects to the grid while taking a full merchant exposure.

At the same time, Germany had initiated a test auction which allowed for combined technologies projects. Auction participants bid for an ex-ante premium and the winners are the ones offering the lowest ex-ante premium.

Participants generate their revenue from their projects from energy sold under the open market price and the ex-ante premium in €/MWh. From the 677 MW of project awarded, 394 MW were combined technology projects which still had a lower ex-ante premium to be paid by the government as compared against the traditional 20-year PPA.

Standalone solar projects also had a lower ex-ante premium. This again shows that developers are no longer afraid of market risk and complicated solutions with many uncertainties. — @green

RE boost for economy