Eating your way to good health

What we eat, or rather what we don’t, is key to remaining healthy

Researchers have identified a route that begins in the stomach and terminates in the brain with a pro-inflammatory protein that seems to contribute to the formation and progression of Alzheimer’s disease.

The Neuroscience Centre and the Departments of Cell Biology and Anatomy, Neurology, and Ophthalmology at LSU Health New Orleans, overseen by Dr Yuhai Zhao and Dr Walter J. Lukiw, present for the first time a route that starts in the stomach and ends with a strong pro-inflammatory toxin in brain cells, which contributes to the onset of Alzheimer’s disease (AD). They also provide a simple solution for avoiding it. The results were reported in Frontiers in Neurology.

The researchers revealed evidence that BF-LPS is formed by a molecule containing an extremely strong neurotoxin (lipopolysaccharide or LPS) synthesised by Gram-negative bacteria bacteroides fragilis in the human gastrointestinal (GI) tract. LPSs are the most powerful pro-inflammatory neurotoxic glycolipids known to be generated by microorganisms.

In this work, the researchers describe the BF-LPS route from the stomach to the brain and its subsequent mechanisms of action. BF-LPS seeps via the gastrointestinal tract, circulatory system, and brain compartments.

Then it produces inflammation in brain cells and inhibits the cell integrity-promoting protein neurofilament light (NF-L). In Alzheimer’s disease neurons, a deficiency of this protein leads to progressive neuronal cell shrinkage and, finally, cell death. They also believe that sufficient fibre consumption might arrest the process.

This newly identified pathogenic circuit has three distinct characteristics. Because the AD-stimulating pathway originates inside us — in the microbiota of our GI tract — it is “locally sourced” and active throughout our lives. BF-LPS is a natural result of microbial metabolism in the gastrointestinal system.

Intake of dietary fibre may alter the microbiome abundance of bacteroides fragilis, the source of the neurotoxic BF-LPS. In other words, dietary-based approaches to microorganism balance in the microbiome may be an attractive method for altering the abundance, speciation, and complexity of enterotoxigenic forms of AD-relevant microbes and their potential for pathological discharge of highly neurotoxic microbial-derived secretions, such as BF-LPS and other LPS.

According to the researchers, a better understanding of the interaction between the GI tract-central nervous system axis and the GI-tract microbiome and Alzheimer’s disease could lead to new diagnostic and therapeutic approaches for the clinical management of Alzheimer’s disease and other fatal, progressive, and age-related neurodegenerative disorders.

It is estimated that the average American eats between 10 and 15 grams of fibre each day. The USDA recommends that women under 50 consume 25 grams of fibre daily, while men should get 38 grams.

Those women and men above 50 should consume 21 grams and 30 grams of fibre per day, respectively. According to the National Institutes of Health, Alzheimer’s is the most prevalent diagnosis for dementia patients and the sixth highest cause of mortality in the United States. The frequency of Alzheimer’s disease is projected to climb to 13.8 million by 2050, from an estimated 5.8 million Americans aged 65 and older.

Alzheimer’s mouse models exhibited behavioural and cognitive changes after faecal implant manipulation of the gut flora. According to the researchers, the findings might contribute to developing anti-dementia medications using probiotics and faecal transplants.

In a mouse model of Alzheimer’s disease, new research reveals a causal relationship between changes in the gut microbiota and behavioural and cognitive deficits for the first time. The study, published in the journal Frontiers in Behavioural Neuroscience, shows new avenues for employing probiotics to treat and prevent dementia symptoms associated with neurodegenerative diseases like Alzheimer’s. 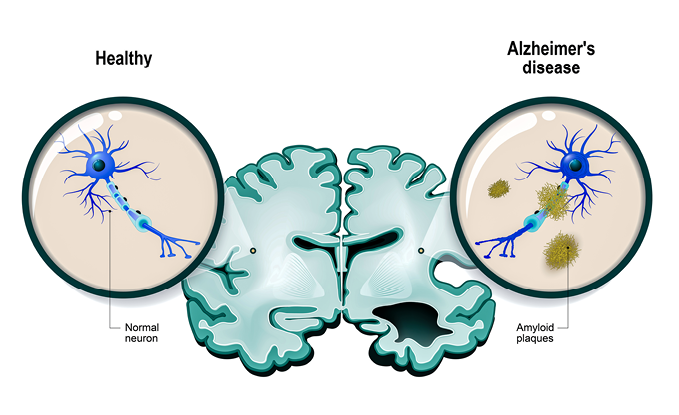 In the most recent work, researchers modified the digestive systems of mice using faecal implants. They found behavioural and cognitive differences between three genotypes and men and women.

Two implicated genotypes were associated with an elevated risk of Alzheimer’s disease in adulthood. Alterations in the gut microbiota were revealed to have a demonstrated effect on behavioural and cognitive changes in mice.

Both probiotics and faecal transplants, which have previously been used to change the gut microbiome in people, may be effective in preventing dementia via targeted administration. Since the relationship between these effects and the gut microbiota is affected by genotype and sex, much more research is required to establish the mechanism of these behavioural and cognitive consequences.

Probiotics are available over-the-counter, but each patient must receive the correct and beneficial treatment. The microbiota of the gut is a complex ecology. Choose a probiotic that enhances brain
health and function for each patient while minimising unpleasant side effects.

Finally, are we really what we eat?… Because real people deserve real food. – The Health

Why sleep is important