Improving the trajectory of health for everyone, everywhere, might sound overly ambitious, but that mission is the driving force behind everything Johnson & Johnson does. It reflects a commitment outlined in Our Credo, the mission statement the company has followed since 1943: “We are responsible to the communities in which we live and work and to the world community as well.”

In 2021, Johnson & Johnson launched its latest public commitments, known as the Health for Humanity 2025 Goals These 21 goals represent the areas of corporate citizenship and sustainability where the company believes it can make the greatest impact—ranging from health equity to environmental health—and support 11 of the 17 United Nations (SDGs).

“As the most broadly based healthcare company, our commitment to creating a healthier society is foundational to our business,” says Joseph J. Wolk, Executive Vice President, Chief Financial Officer, Johnson & Johnson. “How we deliver meaningful impact to human health is correlated with generating long-term business results, which are complementary to environmental, social and governance actions that create accountability and value.”

The company has just released its 2021 Health for Humanity Report, which details the progress it has made in the past year toward meeting those 21 goals—including supporting frontline healthcare workers, increasing access to crucial medications and achieving carbon neutrality at its facilities worldwide. Learn how far Johnson & Johnson has come this past year in its mission to make the world a better place.

1.The goal: Support at least one million nurses, midwives and community health workers with skills, tools and growth opportunities by 2030

How Johnson & Johnson is making it happen: As the world’s largest and most broadly based healthcare company, Johnson & Johnson has a unique ability to advance health equity by creating stronger healthcare systems—and that begins with bolstering those on the front lines. Even before Covid-19 hit, the World Health Organisation (WHO) projected a shortfall of 18 million health workers by 2030.

Now, in the context of the pandemic, health workers are facing increased levels of burnout. Indeed, a review of studies published in 2021 in Frontiers in Public Health found that one in three healthcare providers is experiencing work-related physical and mental stress.

To support these frontline caregivers and the organisations that care about them, the Center launched a global learning community called The Resilience Collaborative. The Collaborative’s Toolkit (designed to highlight evidence-based strategies that can be adapted, implemented and tested to improve health worker resilience) and the Resilience Message Program (a free, evidence-based and adaptable set of SMS messages intended to improve health worker resilience) help give health workers the knowledge and resources to not only recover from stress but also adapt and grow from it. Research shows that resilience can act as a buffer during high periods of stress and protect against burnout.

So far, the Resilience Collaborative has reached people from nearly 300 organisations aiming to improve health worker resilience and well-being across 40 countries.

The Center has also supported the digital training of more than 200,000 frontline health workers on Covid-19 response and vaccination through partners like the World Continuing Education Alliance, reach52, VillageReach and UNICEF. And its work with Praekelt.org has supported the WHO in its efforts to provide real-time alerts on vaccine registrations, adverse event reporting, rumour tracking and more—all to help provide education and advice so that frontline health workers can focus instead on providing urgent treatments.

The progress so far: In 2021 alone, 137,000 patients received access to our medicine for MDR-TB, which is recommended by the WHO as a core component of all-oral drug-resistant TB (DR-TB) treatment regimens.

How Johnson & Johnson is making it happen: Tuberculosis is preventable and curable—yet it remains one of the top causes of deaths worldwide, claiming 1.5 million lives in 2020 alone. Why the disconnect? In addition to a growing resistance to the most frequently used first-line TB medicines, the Covid-19 pandemic presented a two-year hurdle in diagnosing people living with TB and DR-TB and getting medicines to those in need. 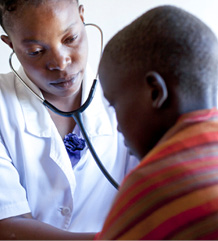 According to the WHO, only about one in three people with drug-resistant TB accessed treatment in 2020, a drop of about 15 per cent from 2019. Among the most vulnerable people in need of medication: children.

In 2021, Johnson & Johnson marked an important step towards making its medicine available to younger patients with MDR-TB when the WHO added the scored 20 mg pediatric formulation of the drug to the Essential Medicines and Essential Medicines for Children lists, which helps more than 150 countries prioritise medicines for their own national needs. This milestone built on prior health authority approvals of the 20 mg tablet as part of combination therapy for children with MDR-TB five years and older and weighing at least 33 pounds.

3.The goal: Achieve carbon neutrality for all Johnson & Johnson operations by 2030

The progress so far: Currently, 52 per cent of the electricity at the company’s facilities around the world is produced or procured from renewable energy sources such as wind and solar power, which helps reduce its carbon footprint.

How Johnson & Johnson is making it happen: Healthy people need a healthy planet. In fact, research published in The Lancet shows that failure to address environmental risk factors threatens to undermine the last half-century of gains in global health—a concern Johnson & Johnson has long understood. That’s why it continues to push for ways to improve the environmental footprint of its operations. 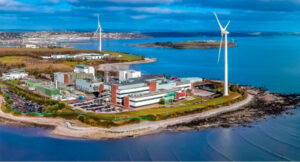 That’s not all: In 2021, seven of the company’s facilities achieved the Leadership in Energy & Environmental Design (LEED) certification—meaning, among other things, that their buildings have a lower carbon footprint and use less energy and water than the standard—bringing its total number of LEED-certified facilities to 67. — The Health

Growing old is inevitable, growing up is optional!

Seven reasons to get the flu shot