“We know that public health is very vast, and the primary element is the preventive mechanism.

“Everyone says prevention is better than cure, but no one takes it seriously,” lamented Dr Saravanan.

He noted the best way to address the public health issue was through health promotion.

“Health promotion is essential, and it is a vital tool to basically engage with people.

“Around the early 2010s, a team of people and me bounced off some ideas and discussed establishing a non-profitable non-governmental organisation (NGO),” he said, adding that this led to the founding of MICHMA which was officially established in 2016.

MICHMA specialises in organising and implementing public health issues and welcomes members and committee members who are excellent and passionate in advocating health information.

“I always say the members of MICHMA have to be a jack of all trades and master of one. We need members with different portfolios and expertise, such as policies, law, research, etc. Meanwhile, they have to be masters on health promotion.

“We need to have evidence-based health promotion, which can be monitored and evaluated because there needs to be accountability.

“We started to scrutinise and do a post-mortem on some of the policies and began with the World Health Organization (WHO),” he shared, referring to the first and the 9th International Conference on Health Promotion in Ottawa, Canada in November 1986 and in Shanghai in 2016.

“We took these guidelines from the Ottawa Charter 1986, and we realised that these were the three critical strategies for health promotion and embraced it to develop our action plans.

He noted that there were challenges, particularly in the mediation and sustainability aspects.

“We are relatively new and not a well-known organisation. It was difficult to mediate with other organisations and get people on board, locally or internationally.”

“Despite the challenges, we have managed to collaborate with the Ministry of Health (MoH) and have organised health promotion and awareness events such as Health Quest Fun Run, AIDS Fun Walk, Anti-Smoking and ASEAN Dengue Day.”

Addressing the sustainability aspect, MICHMA incorporated the Shanghai Declaration, which focussed on promoting health in the 2030 Agenda for Sustainable Development Goals (SDGs), in its health promotion frameworks.

The Shanghai Declaration introduced six orientations which could help drive policies that promote health and well-being in the SDGs context.

Sustainable Economic Development Assessment (SEDA) is a diagnostic tool that provides countries with blended insights into their own social and economic conditions.

Since its inception and while organising awareness campaigns and events, MICHMA also researched and developed a new health promotion tool targetted at children.

Preventive healthcare is critical in tackling public health issues, and Dr Saravanan believes it is best instilled among children.

“Disseminating health information to children is much better compared to adults,” he said, adding that conventional methods may not be effective.

“And so, we came up with something which will have a good impact on the children, and we took our time developing a new effective tool,” he shared.

The idea was to use informal health education, which Dr Saravanan calls eduhealtainment, in the form of comic books.

“So, we came up with this thing called a health comic, which we coined as ‘healomic’.”

The healomic is also part of an ongoing cohort study to gather data and information on its effectiveness as a health promotion tool for children. — The Health 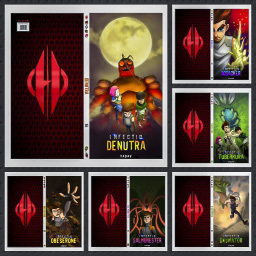 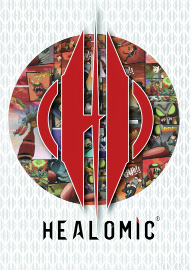 Almost every child knows and loves comic book heroes such as Batman, Superman and Spiderman to whom they looked up and identified with.

“We wanted to use comics to disseminate health information to children to create health awareness.”

And thus, he and his team in MICHMA introduced the health comic, coined as healomic, which is the first of its kind.

The Healomic series is set in the 30th century in a world named Welloth, eradicated from common diseases or ailments as we know today. Suddenly, diseases start spreading in Welloth.

The series follows a group of friends, Omen, Avery, Agungga and Riley, also known as the Healo-Knight, who go on missions to defeat vicious creatures called the Infectio.

“We have a team who gathers and verifies important health information. Once the information is validated, we work on the general and sub storylines and come up with the cartoon characters and cartoon concepts, which is passed to the scriptwriters and the storyboard team.”

The Healomic series has extensive character and world-building, and according to Dr Saravanan, they have over 300 storyboards in the works.

At the moment, we can only do comic books, but we are confident the Healomic series can be developed into animation series, movies, and even gaming apps.

“We wanted to give this tool to a five or six-year-old child, and they will continue reading these comic books. Maybe as they start with reading comics to watching the animation and later on movies.”

The Healomic series is expected to be launched this year and will be available in both print and online.

The Digital Ecosystem During Covid-19