Generational end-game towards a smoke-free Malaysia 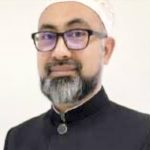 Tobacco smoking is still a significant cause of premature death and diseases, including those related to cardiovascular, cancer and respiratory.

The Malaysian Health Minister recently stated that cancer was one of the top 10 reasons for admission in government hospitals with 5.1 per cent versus 5.37 per cent for private hospitals. The three most common types of cancer among Malaysian men are colorectal or colon cancer (16.9 per cent), lung (14.8 per cent) and prostate cancer (8.1 per cent). 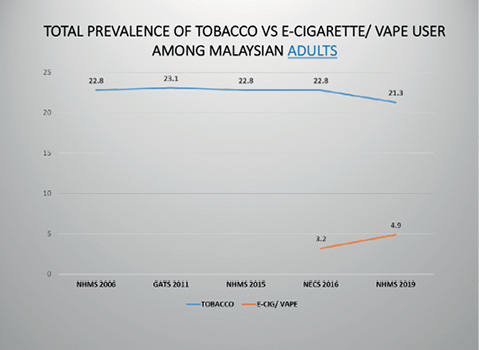 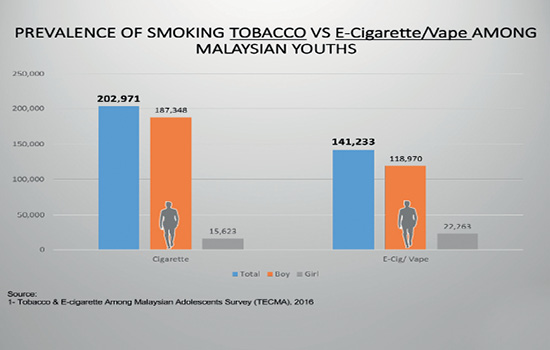 Additionally, the estimated cost to treat lung cancer due to smoking is RM132.7million. In 2018, it was estimated that the government spent RM7.4 billion for treating selected diseases caused by smoking. Diseases such as cancers often take many years to develop before smokers become symptomatic and subsequently diagnosed. Hence, it is best to prevent new smokers by introducing a ban on smoking among Malaysian youths. This is the main idea behind the recently announced Generational End Game (GEG) by the Health Minister.

To better understand the GEG, let us go through some frequently asked questions.

1. What is meant by Generational End Game (GEG)?

The “Tobacco End Game” is a target set by global experts to achieve a smoking prevalence of less than 5 per cent. GEG is a form of implementation to prohibit certain smoking-related activities for the Malaysian generation born on Jan 1, 2005, onwards. These include cigarettes, cigars, loose tobacco, snus tobacco, heated tobacco products and electronic cigarettes. For smokers other than this designated generation, the sale, distribution and use of tobacco products will follow the law.

The existing law prohibits any person under the age of 18 to use, smoke, or have any tobacco products in their possession. The year 2005 was chosen to ensure that the generation born on Jan 1, 2005, onwards are not permitted to smoke. This is to ensure that there is no discrimination since they were not allowed to smoke before the implementation of the new act.

3. What are the types of prohibitions?

Prohibition to sell any smoking product to GEG. Those defined as GEG are prohibited from consuming (e.g., chewing), smoking, or having any form of smoking products in their possession.

4. Through what means will the prohibition will be enforced?

All prohibitions stated will be included in the Tobacco Control and Smoking Act Bill draft. This draft will be tabled at the First Parliamentary Session in March 2022.

5. What is the mechanism to ensure that the seller will not sell to GEG?

All sellers must request each purchaser to show his NRIC/passport. This practice has been implemented where the selling of tobacco products is prohibited to persons under 18 years old. On the other hand, the responsible agency needs to explore the digitalised methods of tracing such sales in the near future.

6. What legal actions can be taken towards the GEG group if found guilty of smoking?

If an individual from the GEG group is smoking or in possession of a smoking product, they may be subject to a compound. This compound offence has already been implemented in the existing law.

7. What is the significance of implementing the GEG?

Over more than 13 years, smoking prevalence in Malaysia has shown a very small reduction, despite the best efforts by the MoH in implementing the WHO Framework Convention on Tobacco Control (FCTC) and the MPOWER strategies, including expanding smokefree areas, pictorial health warnings on cigarette packs, offering online services for smoking cessation via https://jomquit.moh.gov.my and jomquit.com, among others.

Smoking conventional cigarettes in Malaysia has been burdened by smoking electronic cigarettes. Vaping is popular among youths and re-normalises smoking behaviour and a gateway to conventional smoking among never smokers.

Malaysia is currently facing a serious “double burden” issue due to the smoking of conventional cigarettes and electronic cigarettes. A study by experts at a local university (UPM) projects a very minimal reduction in smoking prevalence in the long run given the current scenario. This problem is worsened due to the high smoking prevalence among adolescents 13 to 15 years for both conventional cigarettes and electronic cigarettes (dual users).

8. What will happen if GEG is not implemented?

The country will bear a greater burden of long-term treatment costs associated with smoking due to many smokers afflicted with various smoking-related diseases. This is because the percentage of smokers will be the same or even higher. Studies have shown that people who smoke conventional cigarettes and electronic cigarettes will be at risk of getting chronic diseases, especially those related to the lungs.

9. What is the cost of treatment borne by the government due to smoking or vaping if GEG is not implemented?

The government will bear the higher cost of medical treatment. Al-Junid et al., 2007 estimated the cost to treat only three diseases due to conventional smoking (lung cancer, heart attacks and chronic obstructive airway disease) to be RM8.77 billion by 2030. With the projected number of electronic cigarette users calculated based on an incidence rate of 0.04 per cent (Levy, 2021) and treatment costs calculated based on ward admission for four (4) days, the government will bear the cost of treatment of RM369 million by 2030.

10. The implementation of GEG will restrict businesses that previously had no generational group division. Is it true?

GEG only prohibits trading among the generation born from 2005 onwards while the amount of importation and production of such tobacco products will be maintained as per policy of the relevant ministries and agencies. Considering that the average life expectancy of Malaysians is up to 75 years, both tobacco and electronic cigarette industries can continue their businesses up to more than 50 years.

11. Will the GEG reduce the total collection of excise duty for tobacco products and the excise duty that will be enforced for electronic cigarette liquids or gels?

The amount of excise duty collection will not be affected as the importation and production of these products will remain the same. This collection will remain stable for up to 20 to 30 years because those who smoke conventional cigarettes or electronic cigarettes have a higher nicotine dependency. The demand for such products will still linger. However, by considering the cost of treatment due to smoking conventional cigarettes compared to the amount of cigarette tax collection, the government remains at a net deficit.

12. How can we help in the implementation of GEG?

Parents should educate their children about the dangers of smoking and constantly monitor their children’s activities to keep them away from any negative influences. If the children are protected from smoking since childhood, we will be able to achieve the objective of the implementation of GEG.

Community leaders also play an important role in ensuring that every citizen obeys the law, especially those who belong to the GEG group. They can ensure tobacco industry players doing business in their community comply with the rules under the New Act. The general public should be aware of those who belong to GEG and cooperate with MoH enforcement officers, such as making a complaint if they see any GEG smoking or any tobacco industry players selling to this group. — The Health

The pandemic and adolescent emotional health