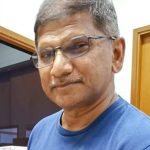 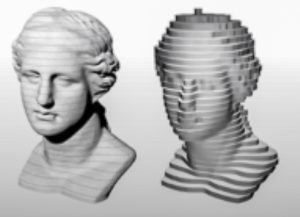 ADDITIVE manufacturing (AM), also known as 3D printing, started in Malaysia in 1996,when SIRIM, a statutory body then, became the technology recipient under the Off Set programme initiated by the government.

This off-set programme was the result of the FA-18 purchase by the government. SIRIM through this technology transfer, was able to set up a Rapid Prototyping facility, what is now known as 3D printing facility, possibly the very first in Malaysia in 1996.The technology transfer was facilitated by McDonell Douglas, the manufacturer of FA-18, and SIRIM acquired the Stereo-Lithography Machine (SLA 250) in 1996.

Things have rapidly progressed from 1996 to 2020, where applications and the technology itself has evolved and the cost of these machines has dropped drastically where even a hobbyist is able to own one. But before we go further, the definition of AM, Rapid Prototyping or 3D printing should be established. The ASTM International Committee F42 on Additive Manufacturing Technologies defines AM as the process of joining materials to make objects from 3D digital model data, usually layer upon layer, as opposed to subtractive manufacturing methods. 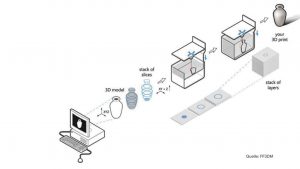 In its earliest applications, in the 90’s, AM technology or better known at that time as Rapid Prototyping, made tremendous impact on industrial product development, where 3D Models were made for the main purpose of communication. This communication took many forms, and the most suitable form was determined by the application. Historically, two-dimensional drawings have been the communication medium for product engineering and design, but they are not a good solution for initial product familiarisation. A physical 3D model is far better for establishing proportionality, perspective and size of a product. However, the AM technology influence did not stop there. Colleges and universities are now using it in unique ways to conduct research in better and less-expensive ways.

Artisans and sculptors are finding that these technologies free them from the constraints of the production process.AM is also being applied to the creation of tooling, drill guides, and manufacturing assembly aids, as well as sellable, production-quality parts.

Awareness of the benefits of additive manufacturing has spread from one industry to the next, and even to many consumers. Innovation in the applications of additive manufacturing has broadened as well. It would seem that there are as many uses for the technology as there are users. And with computer-aided design software becoming easier to use and less expensive, the number of users has been expanding rapidly.

A comparison between two early surveys conducted in 2008 and 2016 by Wohlers Associates Inc, where each AM producing company was asked to indicate which industries they serve and the approximate revenues (as a percentage) that they receive from each. The following pie charts for 2008 and 2016 were developed. In 2008, Consumer products and electronics (20.8 per cent) was the leading sector. This was followed by Motor Vehicles (16.8 per cent) and the Medical and Dental sector (15.2 per cent).The Academic Institutions, an educational sector, showed a surprising jump from 8.6 per cent (2007) to 12.1 per cent in the year 2008.This was attributed to the increase in interest in the field Research and Development of Additive Manufacturing (Wohlers Report 2008)

Looking at the Wohlers data in 2016 data: the top five industrial users remain the same over this 8-year period: Industrial / Business Machines (20 per cent), Aerospace (17 per cent), Motor Vehicles (14 per cent), Consumer Products/Electronics (13 per cent), Medical/Dental (12 per cent). This is further substantiated from the global market analysis for 3D printing in 2014, shown below, that the medical sector is rated as the third largest.

For the future, 2020 onwards, the information from an online virtual conference Formnext 2020, which just concluded in Europe, drew a reference to the market attractiveness for AM, measured in terms of Market Potential and Technology Potential in the coming years. It is interesting to know that the Medical and Dental Sectors stand out from the rest of the sectors in terms of market potential for the future. 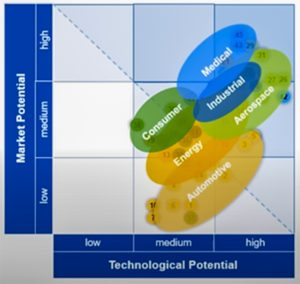 Aerospace, Medical and Industrial will be an attractive target for AM due to comparatively high margins, high component complexity and individuality as well as high performance requirements ie. lightweight, efficiency and biocompatibility etc.

Energy and Consumer comprise several attractive applications due to high specific requirement either regrading performance and repair or individuality.

AM is an emerging technology that is continuously evolving through constant innovation and improvements. The German conglomerate, Siemens feels that although AM is not likely to replace conventional production methods, it is, however, expected to revolutionise many niche areas and its exponential growth is predicted to be on the horizon (Siemens, 2016).

This predication is not too far-fetched considering that the AM industry grew by 25.9 per cent (CAGR – Compound Annual Growth Rate) to $5.165 billion in 2015 (Wohlers, Caffrey, & Campbell, 2016). Currently, the technology is already showing signs of promising applications in developing economies in sectors as diverse as medical to aerospace, remanufacturing and the automotive industry (Hopkinson, Hague, & Dickens, 2005) (Wohlers,2013).— The Health

Victor Devadass is a Consultant in 3D printing for medical applications.