Option of barter transactions in healthcare

Communities can be seen reverting to more conventional forms of trade, discarding use of fiat money 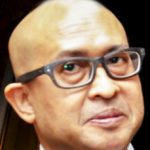 During our primary school days, our textbooks showed illustrations during the era of the cave men exchanging goods like fruits for shells or bearskin for meat. Since then, people have been doing barter trading as what they thought the best way to trade.

The year 2020 has shown us that many of the systems we depended on do not function as we had expected. Countries’ economies worldwide, most of them in debt, tried to stay afloat above water.

Covid-19 exacerbated the situation and not as many want to believe the sole cause of the damage. The pandemic has highlighted further systemic failures happening around us.

Developing countries are nose deep in hyperinflation and the stock markets turbulent ups and downs put a strain on ability to save or make money. Communities can be seen reverting to more conventional forms of trade, discarding use of fiat money.

In many countries worldwide, people set up tables with food essentials like flour, sugar and rice if possible, to be exchanged with other essentials. Soup kitchens are altruistically one way giving without taking.

History has repeatedly shown that when times are difficult, economies do not function, and war only makes it worse. People are cash strapped and will deal with it the way they know best, and they will revert to barter. What irony? Currency is supposed to make us want to fully rely on it.

How the financial system began

To know why in times of emergency people go back to an old system of trade, we travel back in time and see why we invented money. Barter is the oldest method of payment in an economy but if it was stable why then was currency used?

It is all about the practicality of it. As people travelled far and wide, expansion of empires caused further interaction of cultures and moving big amount of goods over huge tracts of land became impossible. It was, hence, some form of medium was required. Money was invented. It could fulfil the myriad of needs that barter could not. But money has evolved into instruments of manipulation, dictated by market forces, prone to volatility caused by wars and disasters and now the pandemic.

Bartering and its practicality

The most common B2B bartering in modern economies is when companies are involved in trading of advertising rights. This entails one company selling its available ad space to another company in exchange for the right to advertise on the second company’s space. These can be for online advertisements, TV and radio rights, billboards and other types of media.

There are barriers to widespread use of barter, however, which include double coincidence of wants, lack of standard unit of account, impossibility of subdivision of goods, lack of information and non-feasibility of production of large and costly goods.

Barter is considered a form of revenue that must be reported as taxable income. Businesses are expected to put a fair market value of their bartered goods or services. By referring to past cash transactions of similar goods or services, one can derive at the estimates.

Monetary values of products and services in healthcare

This section is vital to reflecting the needs of those doing barter transactions which have not been the norm yet in the country, but essential and pragmatic and at same time creative managing of scarce resources during the pandemic and beyond. It is to call for critical redesign for critical reprogress.

Having accurate pricing available before procedures would make it easier for physicians to build treatment plans that patients can afford and follow-through with it and to attach values and facilitate for barter exchange. It is ultimately the situation where there is a willing buyer and willing seller.

Below are some examples of barter in various situations in healthcare. Those doing barter may end up being beneficiaries of empathic and generous gestures especially in the business to employee (B2E) or business to customer (patient) (B2C) transactions.

A man’s wife had undergone angioplasty for RM45,000. He happens to have a van that cost nearly the same amount. He and the hospital agree that he pays the wife’s surgery bill by exchanging his van for the hospital’s general transportation use. He is given the option to buy back the van.

A man is operated on for a slipped disc and owes the hospital RM115,000. He supplies medical equipment to the hospital, and he had recently bought a medical supply company lock stock and barrel where the equipment is already in his possession.

He and the hospital agree that he pay his surgery in exchange for his medical equipment to the hospital. It is worth noting this aspect of barter transaction whether it can fall within a business to patient category the moment the businessman becomes a patient. The more obvious barter transaction can be, for instance, the employees of the supplier of ambulance get free treatment after an ambulance is fully paid for which may take a few years.

A private hospital is undergoing a restructuring and, in the meantime, while wanting to retain the services of three doctors, the hospital agrees with the doctors that along with reduced pay, the doctors can each shift to the hospital’s subdiary vacant luxurious service apartments for a few months.

As can be seen above barter has its benefits and advantages as well its downside. It is more notably humanitarian in providing breathing space and succorance for those affected by hard times, especially during the scourge of this pandemic as much as economic respite for businesses.

With advent of ioT and electronic distributed ledger, barter can seek to get its problems and issues resolved especially on the aspect of double coincidence of wants for a start. This can entail digitally finding a match in a barter transaction. — The Health

Zulkifli Ahmad is the founder of ESG Vision, a think tank advocating ideas and actions on sustainability. He is also a member at KSF Space Foundation USA.

Looking for the wonder drug