The veteran journalist with more than 40 years of experience in the media industry was awarded the Darjah Indera Mahkota Pahang, which carries the title Datuk, at the Istana Abu Bakar in Pekan, Pahang. 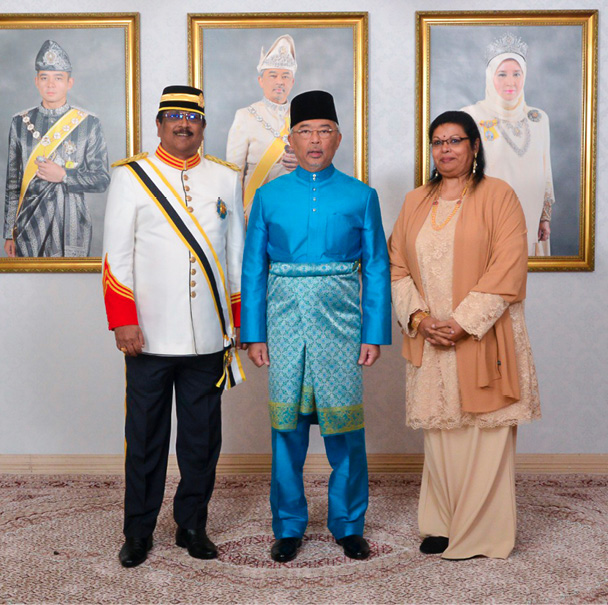 Johnson, 65, said he did not expect to receive the recognition for his involvement in journalism and described it as a recognition for the country’s sports media practitioners.

Starting his career as a sports reporter at The National Echo in 1979, Johnson worked in several publications such as The Star, The Malay Mail and The Eastern Times. He was also a columnist with The Sunday Mail.

He was The Malay Mail Sports Editor from 1998-2003. In 1994, he received the Sports Journalist of the Year Award. He was also the General Secretary of the Asian Sports Press Union (ASPU) and the International Sports Press Association (AIPS) committee member.

During that period, he also often covered sports news involving Al-Sultan Abdullah and his father, the late Sultan Ahmad Shah, both well-known for their passion for sports, especially football.

“I would like to thank our sports-loving King for recognising my efforts as a sportswriter. I have covered every level of Malaysian sports, and it has been a rewarding career where I met and grew up with many famous personalities and have many good memories,” he said.

His experience and expertise
in sports journalism also allowed Johnson to cover major sports events such as the 1996 Olympics in Atlanta and Commonwealth Games in Auckland in 1990, among others. Revon Media recently published a collectible book on the 2022 Qatar World Cup.

As Managing Editor of Revon Media, Johnson oversees its publications namely @green, the Health and @Halal, all industry leaders, which come in both print and e-paper editions. – The Health

Expanding beyond the Saudi Arabian market