Watch the frail and sick seniors 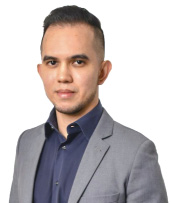 Given recent reports of deaths post Covid-19 vaccination in Norway, Germany, the United Kingdom and other countries involving senior citizens with severe underlying diseases, the National Covid-19 Vaccination Plan should consider proceeding with this group carefully and consider alternative strategies.

Instead of outright mass vaccinations of these frail and sick senior citizen population, perhaps we have to consider a more careful approach starting with smaller trial groups involving the elderlies, as well alternative strategies such as vaccinating the people around them, to form some sort of ‘local bubble’ surrounding these groups.

To understand why a careful approach could be valuable and why these particular groups may be excluded from vaccination, it’s important to firstly understand the context of these reported adverse events.

As reported by Rachael D’Amore in Global News, a virologist and assistant professor at Dalhousie University Alyson Kelvin mentioned the difference between adverse events “following immunisation” and adverse events “directly related to vaccine”.

Any calamities, such as death (which could happen due to various reasons) happening to the person after receiving the vaccine would be recorded as an adverse event. It doesn’t necessarily mean its related to the vaccine.

Looking at the case in Norway, D’Amore reported 33 deaths from the 45,000 people vaccinated with the Pfizer-BioNTech shot since mid-January, and these group of 33 people were described as a group of frail elderly individuals (75 years and older) with serious diseases.

How does this number stack up with the clinical trials?

According to the US Food and Drug Administration (USFDA) Briefing Document dated Dec 10, 2020, a total of six deaths out of 43,448 participants were reported. Only two of the six received vaccines while the rest were placebos. The two vaccine recipients were above 55 years of age.

Debate over the cause of dealth

No deaths are insignificant but statistically speaking these numbers show a relatively small frequency compared to the total vaccinated group. Now with that being said, it does appear to show Norway’s figure to be nearly 16 times more than the clinical trials. There are various opinions on this observation.

According to Bloomberg Intelligence Senior Industry Analyst Sam Fazeli, “Norway’s excessive deaths suggest they are in subjects with serious, uncontrolled illnesses.” Others may postulate that these individuals were nearing the end of their lives or could be part of the expected daily death rate in Norway’s nursing home. What is certain is that we’ll need more representative data to ensure that this is more demographically comparable.

Phase two and three of the clinical trials consist of only 21.4 per cent participants who are 65 years and older, with obesity (35.1 per cent), diabetes (8.4 per cent) and pulmonary disease (7.8 per cent) as some of the most common underlying diseases. The document mentioned that it includes “participants with chronic but stable medical conditions”.

In contrast, according to the Norwegian Medicines Agency, the Norwegian case involves “the elderly and people in nursing homes with serious underlying diseases” and postulated that “therefore it is expected that deaths close to the time vaccination may occur”.

A top physician at the Norwegian Medicines Academy, Sigurd Hortemo pointed that we cannot exclude the possibility of adverse reactions (side effects such as fever, which are relatively more common) undermining the already-deteriorating health of these highly vulnerable groups, which could have further contributed to more severe conditions and even death.

This could explain most of the 143 deaths shortly after vaccination in the UK, as reported in UK’s The Sun, whereby officials mentioned that “the majority of reported fatalities were in elderly people or people with underlying illness.”

All-in-all, clinical trial results indicate that the benefit to the overall population outweigh the risks, but in light of insufficient data to represent significantly older age groups with acute illnesses and/or unstable conditions, these emerging reports warrant a careful approach or a different strategy for these groups.

As mentioned earlier, a strategy to be considered could be vaccinating the people around them, to form some sort ‘localised heard immunity’ or ‘local elderly bubble’. For example, this could mean household members taking care of them or nursing home workers.

This method could satisfy proponents of “quality-adjusted life years” or QALYs per vaccine that advocates a method of prioritising vaccine recipients according to the relative ‘value’ or ‘benefits’ it brings to people receiving it (according to extended lifespan and health condition improved through receiving vaccines).

The vaccine ‘value’ is optimised through inoculating people who are more likely to experience higher QALY per vaccine whilst at the same time, these selected people can act as a ‘bubble’ to keep the frail and ill elderlies safe from Covid-19 infections – potentially mitigating QALY’s discriminatory impact against this clearly vulnerable groups.

Of course, this method assumes vaccinated people cannot transmit the virus, which may not be the case. Also, this concept carries operational challenges as it introduces new guidelines and standard operating procedures (SOPs).

Medical authorities would need to establish clear clinical criteria for determining age groups with certain illnesses to be excluded from vaccination, especially those deemed to be in the terminal stages. This is followed by the selection criteria and verification process for the people around them to form the ‘bubble’.

The method also requires strict adherence to SOPs to ensure the ‘frail elderly bubble’ isn’t breached, giving special importance of contact tracing surrounding this bubble. The method could mean more people than expected to be vaccinated in the second phase given that a frail and ill elderly individual may be surrounded by more than one person.

The second phase has been reported to involve 9.4 million people from the high-risk senior citizens groups, starting from April to August this year. At two doses per person, this translates to 18.8 million doses.

As reported in Code Blue, a total of 21 million doses are expected to be received by the second quarter. That’s roughly 2.2 million ‘extra’ doses. Let’s say we are left with a ballpark figure of 1.5 million doses (assuming buffer doses aside) with two doses per person that’s already 750,000 people who could be considered for the ‘frail and ill elderly local bubble’.

These are just “back of the envelop”’ estimates and the authorities have to verify its viability, which would be subject to (among others) actual planned utilisation of the various vaccine types and actual vaccine inventory.

Many are asking to be prioritised vaccine recipients, but careful use of extra doses (if any) in an estimated one-year journey towards heard immunity will have to be in balanced consideration of the workforce in key economic sectors, the education system and selected workforce relevant to uncompromisable areas of national security. — The Health

Infection risks from manicures and pedicures