Of the renewable energy resources in our country, solar photovoltaic (PV) has the highest availability. This is not a surprise given that Malaysia is located along the Sun Belt. 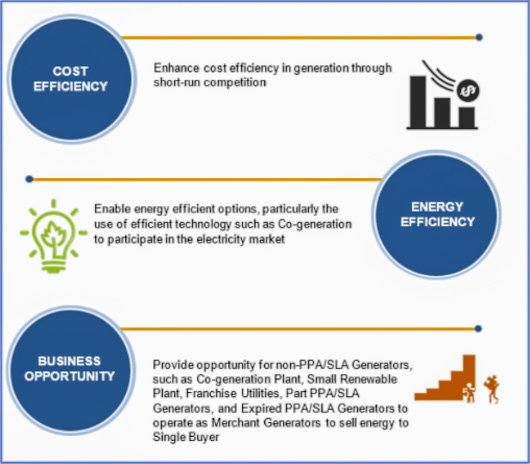 By A SPECIAL CORRESPONDENT

Chen was previously the Chief Strategic Officer of the Sustainable Energy Development Authority (SEDA) of Malaysia before she joined Hibiscus a few months ago.

In 2019, SEDA began developing the Renewable Energy Transition Roadmap (RETR) 2035. Part of the study included the assessment of renewable energy available in the country.

The study showed Malaysia had a total of 269 GW of solar PV availability of which ground-mounted took the lion share of 210 GW, the rooftop of 42.2 GW, and floating PV of 16.8 GW.

Solar energy represented nearly 93 per cent of the total renewable source available in the country, and the total is inclusive of large and small hydropower, bioenergy, and geothermal.

In Malaysia, the primary drivers of the solar PV market were the Feed-in Tariff (FiT) scheme implemented by SEDA on Dec 1, 2011.

Over the past 15 years, Malaysia has witnessed a drop of nearly 90 per cent of the cost of the system of solar PV. To this effect, solar PV graduated from the FiT scheme to other schemes such as the Large Scale Solar (LSS), Net Energy Metering (NEM) and Self-Consumption (SELCO).

The LSS and NEM were instrumental to further drive down cost competition, thanks in part to the green investment tax incentives provided by the government for qualifying companies under the Income Tax Act 1967 and the Green Technology Financing Scheme (GTFS).

NEDA, a new kid on the block

Perhaps not known to many is that there is another avenue for developers to expand their portfolio of solar PV assets. The NEDA, which stands for “New Enhanced Despatch Arrangement”, is a pre-cursor to a merchant electricity market whereby participants of the NEDA can sell their electricity to.

It was introduced in June 2017 and operated by the Single Buyer. The key objectives:

As of today, there are only three participants in the NEDA, although there is growing anticipation that the solar PV developers may consider participating in the NEDA. However, the biggest challenge is the bankability of the PV system under the NEDA framework.

It has taken years for the local financial institutions to gain confidence in the PPA for solar PV. Under the NEDA, as in any merchant electricity market, there is no PPA. In that regard, bankability of solar PV projects under the NEDA relies on companies having a strong and robust balance sheet.

In other advanced merchant electricity markets, e.g. in the US and Australia, solar PV has secured bankability through innovative financing solutions such as the proxy revenue swap (PRS) and synthetic PPA.

Both these solutions are premised on the concept of contract-for-difference (CfD) whereby the differences in wholesale electricity price and the agreed strike price will be settled between the hedge provider or corporate off-taker, and the solar PV project developer.

The differences may not just be managing the price risk but can also be extended to include volume risk of the solar PV generation under some threats such as curtailment. In essence, the solar PV developers secured a steady stream of income from the hedge provider (as in PRS) or corporate off-taker (as in synthetic PPA), and this will help in improving the bankability of their projects.

While there is no energy exchange between the solar PV developers and the hedge-provider (PRS) and corporate off-taker (synthetic PPA), under both concepts, the counterparty can opt to purchase the associated environmental attributes.

This is especially true for synthetic (or virtual) PPA in which renewable energy certificates (RECs) are traded between the solar PV developers and the corporate off-takers.

Renewable energy has two attributes that can be monetised: electricity and environmental quality. In this regard, a REC is an instrument where it tracks all ecological features of 1MWh of renewable generated power.

REC is a prevalent instrument among RE100 companies to reach their goal, it allows residual electricity consumption to come from the purchase of unbundled RECs.

The world is undergoing a race to Nett Zero, and corporates will be required to demonstrate their ESG commitment. Deploying solar PV will be one of the visual and impactful ways for corporates to demonstrate environmental sustainability.

While Malaysia provides an exciting future for solar PV opportunities, the role of government in giving enablers is very crucial to sustain the local PV market development.

Efforts, such as opening the grid for third party access (TPA), can further facilitate front-of-meter (FTM) corporate PPAs for direct procurement of solar electricity. It will also enable other innovations such as the virtual nett energy metering (VNEM) and P2P energy trading.
— @green

PEKA: Advocating for a  greener Malaysia