Why do smart cities fail?

Local councils and developers show much interest to implement smart cities in Malaysia. It is an excellent effort as it will help to tackle sustainability.

However, many people, including city developers, often associate smart cities with the advancement of technology without understanding its real meaning. This kind of idea may lead to the failure of smart cities. 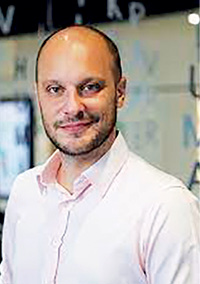 “The core definition of a smart city is any city that is using technology to make either its living experience better or to make it run more efficiently or cheaply,” said Richard.

According to Richard, the growing interests in implementing smart cities were attributed to the rising urban challenges, resource limitations and technological breakthroughs. However, not all these smart cities were created equal.

“When people talk about smart cities, they would be talking about different things (depending on the region).

Richard said there were three main types of smart cities. The first one is the commercial model. He explained that this model is standard in Southeast Asia and essentially implemented by real estate developers from the private sector. He gave KLCC and Cyberjaya as examples.

“These are essentially projects that real estate developers see as an opportunity to enhance the services that will be provided to the residents or the tenants of office buildings. Because they are massive, they’re called smart cities.”

The second type of smart city is the civic model. Civil models are smart city initiatives driven by citizens, including startups, associations, NGOs, and civil society.

“They are coming up with initiatives on the ground to help the elderly or to improve traffic. It’s coming from people bottom-up. You will find that a lot in Europe. Barcelona and Finland are some good examples.”

“The third one is the one that is happening in Singapore is an institutional model. It is a model that is essentially driven by the government where the government comes up with a big master plan and puts a lot of money to drive its implementation.”

Richard said some key smart cities technology that enabled many things in the city included the internet of everything, augmented experiences, advanced analytics and social platforms. Smart cities could also impact access and mobility, environment and sustainability, security and safety, public services, urban systems and liveability and vibrancy.

Richard shared that Malaysia had been investing in the journey towards smart cities since 1996. The effort culminated in the recent Malaysia Smart City Framework (MSCF). The mission of MSCF was to coordinate the development of smart cities holistically in line with national and global agendas.

According to Richard, a large portion of the projects inventoried focuses on aspects such as follows:

Why do smart cities fail?

“City operators, city officials and city developers see technology as a miracle cure that is going to solve the problem. They see blockchain, artificial intelligence and machine learning like they’re going to solve everything.

However, he said there was a considerable gap between reality and what happens on the ground. The gap led to many empty smart cities, unused and broken
technologies. Many cities came up with fancy plans but were not followed by on-ground implementations and, at worst, included irrelevant technologies and infrastructure.

“For example, Apple creates a brand new campus packed with technology, but they forgot to include a daycare. So, sometimes technology distracts (people) from the important things,” he added.

Richard said three main reasons for this usual scenario were: the focus on technology rather than outcomes, siloed approaches and lack of focus and relevance.

He stated that many developers and officials started with technology and tried to cram them on their sites without understanding what they were trying to achieve. As a result, the elements of the developments were not seamlessly integrated to reach the site’s outcome.

He then shared other reasons why smart cities were more a dream than a reality. The reasons include:

• Lack of leadership interest and only do it for marketing

• Governmental fragmentation and lack of communication between stakeholders

• The schism between national level and local level authorities

What can we do about it?

While the failure of smart cities could be addressed in several ways, Richard shared some recommendations to enhance the deployment of smart cities, specifically in Malaysia.

• Move on to a full-spectrum cyber security strategy

“Technology is not a miracle. It won’t solve all your issues. But, if your city is attractive and you want to make your city efficient and better for people, you can use technology as an added value. However, it won’t be the main reason why people move (to the city).” — @Green