Towards a better world 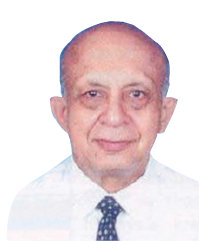 The 26th Conference of Parties (COP) 26 in Glasgow, Scotland, was on Oct 31-Nov 12. It was to be “The last best chance” for the global community to make the necessary enhanced commitments to realise the objective of limiting the global temperature rise due to climate change to
“below 20C, and preferably to 1.50C”, by the end of this century, as was agreed under The Paris Agreement (PA) in 2015.

The consensus is that most participating countries have not fully adhered to the necessary commitments since the PA was formulated and agreed upon.

It has been attributed mainly to the non-adherence of the obligation by the developed and affluent countries to provide the promised carbon emission reduction financial assistance of up to US$100 billion a year.

The current consensus is also rather pessimistic over the possibility of limiting the global temperature rise to 1.50C by the end of the century unless the current trend of emission reductions is greatly enhanced.

Hence the perception that COP26 presented “The last best chance” for the global community to come together and promise more drastic emission reduction strategies for the coming decade at least, to have a realistic chance to achieve the aspiration of a global temperature rise of no more than 1.50C (or at worst not more than 20C) by the end of the 21st century,

However, the Covid-19 pandemic has impacted the global aspirations to reduce carbon emissions, mainly from fossil fuel power plants.

The pre-pandemic trend of the use of coal for power generation showed a “peaking” of coal use during the last decade, as seen in Chart 1, while the generation share from RE (low carbon sources) overtook the share of coal-fired generation.

The Covid-19 pandemic caused global restrictions on energy-consuming economic activities as it hit different countries at different times and with varying severity. The limits also severely restricted human and logistic transport due to the various degrees of “lockdowns” imposed increasingly more severely during 2020.

Consequently, energy use reduced rapidly in 2020, resulting in “Mother Nature” taking over the planet to rehabilitate it to its natural state.

Nature recovered its environmental health rather rapidly when human intervention was out of the picture and reduced carbon emissions.

Even the snow-capped Himalayas could be seen from a great distance, after a stated lapse of about 30 years.

“Wild animals” took the opportunity to return to urban areas of human habitat in various cities.

Sadly, the pandemic caused untold human misery, with massive loss of lives, jobs and livelihoods through lockdowns imposed to minimise escalating infections and hospitalisation of Covid-19 patients that overwhelmed health services, resulting in millions of fatalities.

The global reaction was for the more highly advanced and affluent economies to invest heavily in developing and producing vaccines to stop the almost uncontrolled spread of infections.

Fossil fuel use will increase shortly

As the Covid-19 vaccines were developed and certified to reduce the spread of the infections, their rapid deployment started to contain the spread in the countries with the more significant share of vaccinated citizens.

This success encouraged the countries concerned to pull back their restrictions and restart their economic activities.

And what a difference that made to the desire to reduce carbon emissions from fossil fuel power plants!

Up until early 2021, the reduced energy demand led to a reduction in the use of primary energy resources, particularly fossil fuel supply.

A fall in demand curtailed the production and delivery of fossil fuels. But as soon as the economic activities recommenced, they caused a rapidly growing energy demand surge, which has led to supply shortages and consequent cost escalation due to the supply-demand imbalance.

The resulting cost escalation caught some of the countries that were, and still are, more dependent on fossil fuels with the threat of inadequate fuel supply leading to shallow reserves and even supply curtailment.

Fortunately, Malaysia was reasonably well insulated from some of these issues, particularly the energy supply problems.

Recent projections estimate that fossil fuel use will increase shortly until even more enhanced implementation of RE power generation projects can displace the polluting fossil fuels.

We must not forget that 1 MW of RE, especially from solar PV, is not an equivalent of 1 MW of conventional fossil fuel power plants in terms of their energy generation capability.

Typically 1 MW of a fossil fuel power plant generates as much as four times as much energy (in MWh) as a solar PV plant. So apparently, high RE generation capacity buildup is not necessarily a quick success in the transition to RE.

Unfortunately, the consequences of the Covid-19 pandemic hamper the desired reduction of fossil fuel use, especially coal, for global emission reductions.

Hopefully, COP26’s policies and strategies will get us back on track for the desired aspiration of a global temperature rise of no more than 1.50C (or, at worst, not more than 20C) by the end of the 21st century.— @Green