How often have we heard these kinds of statements from landowners that they can do anything they want with their property?

So what if he hires tractors, bulldozers and workers to work on the land? It’s none of anyone’s business.

Yes, it is your land, but you cannot abuse it! That’s absolute nonsense!

We live in a community governed by an established set of rules and regulations. No one is an island, and I’m sure you must have heard of the adage “Your freedom ends where my nose begins”.

The local council laws clearly state that any development work, renovation work or agricultural and mining activities will need a permit from the local authorities because of its impact on the immediate surrounding. 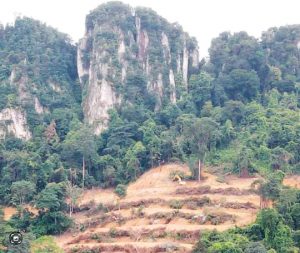 Yet, the landowner of the piece of property in Bukit Tabur did not do the needful and did not bother applying for approval to work on his land. He bulldozed it with heavy equipment and clearing it extensively in a susceptible area which is also part of the water catchment area of Hulu Kelang.

The ensuing protests by residents’ associations and environmental NGOs finally cost him an RM25,000 fine!

The Selangor Menteri Besar clarified the authorities did not approve the clearing works. A stop-work order had been issued, and the machinery was to be impounded by the local authorities.

A property lawyer who is also one of the landowners in the area commented that there are no set procedures to conduct agricultural or land use activities near the Kelang Gates Quartz Ridge, where Bukit Tabur is situated. Bukit Tabur is home to the longest geological quartz formations in the world.

As a heritage site, its unique status is universally recognised and ought to be beyond compromise.

Herein lies another example of the weaknesses of the authorities in safeguarding our valuable natural resources, an issue that has long plagued our beautiful country.

As a nature enthusiast, I climbed this ridge with my over 60-year-old classmates a few years back. On weekends hundreds of people climb the ridge, and if you want to experience a human traffic jam on a hill slope, this is the place.

And that is another issue that should be urgently addressed. Limiting climbers at any given time should be mandatory as it will inadvertently impact the vegetation, slope condition, fauna habitation and other relevant issues. 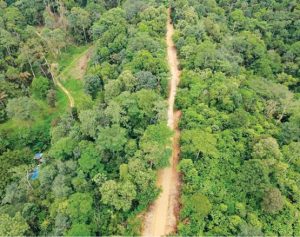 It shows we have failed to regulate our valuable natural resources heritage at the risk of losing it for our next generation.

Following the furore over the incident, a group of landowners in the neighbouring site came together to clarify their side of the story.

They wanted the authorities to investigate and be transparent to prevent misunderstanding among the public. As landowners, they too wanted to develop their properties, so they needed proper and set guidelines from the authorities.

With the availability of remote sensing and drone technology, there should not be any excuse from the authorities if they claim that they are not aware of the activities on such a scale. Their job is to routinely monitor and enforce the rules and regulations as soon as infringements are detected.

The public is sick of listening to the same old excuses. And yet, even after gross violations, we keep hearing promises that it will not happen again, only to find out that a massive project has started.

This blatant disregard will have electoral consequences during the next council and even the State and general election.

The authorities need to clarify

The project at Lot 850 at the junction of Jalan Wangsa 1 and the MRR2, as highlighted in this column before, is set to proceed and advertisements are already ongoing in the media.

Coming back to the Bukit Tabur issue, specifically, the owners of Lot 758 and 759 Mukim Hulu Kelang, Gombak District have been instructed to proceed with remedial works within a specific time frame. 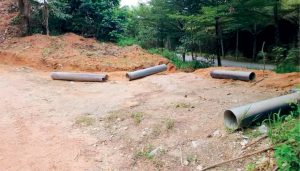 The updates are also posted on the Ampang Jaya Deserves Better Facebook page, with a video showing the action taken by units of MPAJ, the Gombak Land Office and The Selangor Forestry Department in impounding the tractors and other heavy machinery from the site.

Residents and NGOs are alarmed that while hikers cannot climb the ridge due to the MCO, this machinery has cleared the forest to build a dirt road, allowing types of machinery to have access to the top of the hill.

How can the authorities say that they are not aware of this activity which has been going on for many months?

State must be transparent

Frankly, this is laughable. Indeed one cannot be faulted for wondering if there is some irregularity going on here.

This incident is one of many happening in the country that has gone out of control.

The public has made their stand clear. It is the authorities that have to buck up if public trust is to be restored.

The recent Kuala Langat North Forest Reserve issue is another case where environmental groups, notably The Malaysian Environmental NGOS (MENGO), have forced the State government to postpone the de-gazetting of the area until all issues raised have been been clarified and adequately addressed.

However, the fact remains the area has already been degazetted as notified in the State government Gazette. MENGO is calling for the State to be transparent and share the expert opinion conducted by a consultant that forms this rationale with the public. They wish to see the whole area gazetted again as a forest reserve.

The voice of the people through organised NGOs and civil action groups, enhanced by online petitions, is both raising awareness and push back. 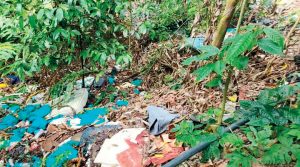 The public does not have to depend solely on their so-called elected representatives. It is now capable of organising itself as a force to be reckoned within the democratic parameters.

It augurs well for our citizens when we centre-stage issues impacting the future of our environment and systematically hold the feet of our elected officials to the fire of accountability.

The days are numbered for our elected representatives in Ampang and Gombak, who keep an undignified silence over these excesses. @Forest

The Green Dude feels that on matters of the environment, politicians politicise the issues. There is a continued credibility deficit among the authorities unless the voice of the community is amplified through organised groups, NGOs and even NGIs (Non-Government Individuals) like himself using social media.