The world approaches the perceived ‘tipping point’ for reducing GHG

Variable climate events over the Covid-19 pandemic period have been widespread and severe globally. These include intense forest fires in drought-hit regions of North America and Europe and unprecedented floods in the same areas and Asia and Africa, with the unfortunate loss of life and property.

Malaysia has not escaped, although fortunately, our problems have been relatively less severe. Theoretically, the “climate change mitigation” impact of the pandemic imposed movement, and industrial activities should have reduced the climate variability. But this does not appear to have occurred at the anticipated intensity.

The world approaches the perceived “tipping point” for reducing GHG (Green House Gas) emissions by 2030 to a level that can keep the anticipated temperature rise to below 1.5oC by the year 2100.

That is still the aim, though impossible under the current global GHG emission reduction rates.

The “traditional fossil fuel bashing (particularly of coal)” of the power generating industry has appeared to wane recently as more and more countries, and even sizeable global energy consumer chains, continue to make firm commitments to escalate their “Road to Nett Zero emissions” initiatives.

Such commitments are commendable but must be seen as a relatively convenient alternative to reducing their emissions. They are often based on off-setting their emissions or purchasing RE generated electricity from off-site producers, not necessarily cutting the emissions.

Chart 1 from “the tree, the sky, the sun (A Pathway Towards Malaysia’s Carbon-Neutral Future)” by Shell, as presented recently on the document’s launch, shows the global journey towards nett-zero emission aspiration by 2070.

For Malaysia, the share of the different primary energy sources in 2020 and 2030, as shown in Chart 2, do not demonstrate a significant change for the percentage of liquid hydrocarbon fuels used predominantly for the transport sector.

The Malaysian government policymaking, regulatory and implementing agencies do not necessarily agree with the above projections. They believe that current policies and strategies can accelerate Malaysia ahead of the curve of the predictions above.

The clamour for emission reduction strategies has transitioned to the transport sector’s emissions, particularly for land/road transport, which involves a broader spectrum of user components and technologies.

Railway transport is now predominantly electrified, whether for inter-city or intracity applications.

Why remove incentives for basic HEVs?

Malaysia was no slouch in adopting strategies to reduce transport-related emissions by focussing on the so-called “Low Hanging Fruits” of promoting EEVs (Energy Efficient Vehicles) and the basic HEVs (Hybrid Electric Vehicles).

The promotion of EEVs in Malaysia has been successful and substantially in line with the expected share of EEVs in the market share. It has no doubt been facilitated by the relatively affordable range of EEVs that the majority of the M40 wage earners can afford to purchase in the first place.

However, the situation for the HEVs has experienced a “roller coaster” ride for several reasons, some of which appear to defy common sense logic.

The affordable HEVs (like the Toyota Prius and the Honda Insight) had a relatively minuscule market share of the order of a few hundred units a year until actively promoted from 2010 under the incentives granted under the ETP (Economic Transformation Programme) in 2010.

There was an “explosion” in the market share of the HEVs from a few hundred units a year to about 15,000 units. Unfortunately, these incentives were withdrawn rather too quickly.

The incentives were transferred to the upmarket PHEVs (Plug-in Hybrid Electric Vehicles) produced by manufacturers who opted to set up assembly plants for their PHEV models in Malaysia.

Naturally, these were rather too costly for the M40 wage earners and benefitted the high-income segment of the community. As the PHEVs were upmarket models, their cost was also high, resulting in lucrative incentives.

The rationale for this transfer of incentives was to enhance the automotive sector’s contribution to the local economy and establish Malaysia as a hub for such vehicle assembly (and preferably manufacture) in due course.

These can be considered noble intentions, but there is little information to show how effective these incentives achieved the objectives.

EVs’ higher energy efficiency performance is undoubted, so the transition to electric mobility is really “unstoppable”. The question is, how fast do we do so.

One may wonder why the incentives were removed for the basic HEVs in the first place? Indeed they could have been retained in conjunction with those for the PHEVs to garner more significant emission reductions from the potentially larger share of HEV sales due to their affordability for the M40 wage earners.

A more recent development has been promoting BEVs, and even more recently hydrogen fuel cell electric vehicles (FCEVs), which has been spearheaded by the Sarawak government’s plans to embark on a large-scale hydrogen economy by exploiting them hydrogen generation through electrolysis using its vast hydropower capacity.

Something that seems to be forgotten (or deliberately ignored?) is that charging BEVs and PHEVs with electricity generated predominantly from fossil
fuels (around 90 per cent in P. Malaysia) is not an absolute emission reduction strategy.

But this debate over the competitive advantages of BEVs versus FCEVs is a ripe topic for another session.
— @green 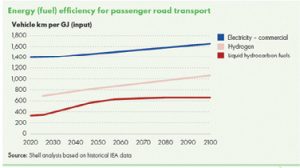 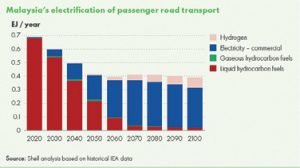 Putting on the ESG lens