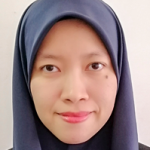 BY ANIS NAJIHA AHMAD AND 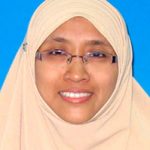 Overweight and obesity have impacted nations globally, with the rising trends observed even in the poorest countries in the world.

No nation is spared from this plague, including Malaysia. Our country is, after all, considered by many as the world food paradise. But this reputation comes at a price – the tag as the fattest nation in Asia.

Our children are getting fatter! 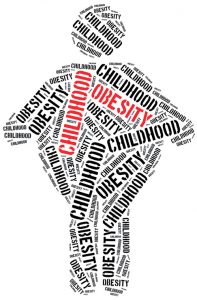 Statistically, about 50.1 per cent of Malaysian adults were either overweight or obese in 2019. Unfortunately, our children did not fare better. We are ranked as the second-highest in Southeast Asia for obesity among children aged five to 19 years.

Without proper intervention, it was predicted that 1.65 million Malaysian children would be overweight or obese in less than four years.

Childhood obesity is worrisome for some reasons. Dietary habits formed during childhood are challenging to break and can last a lifetime. Chances are, overweight and obese children are more likely to become obese adults.

This also increases their likelihood to develop non-communicable diseases (NCDs) such as diabetes and heart disease at an earlier age. NCDs burden national healthcare, affect national productivity and thus impede our social and economic development. This calls for early education and intervention.

Obesity is preventable. Education and intervention in the early years of life could nurture healthy behaviour well into adulthood. Researchers have developed and tested multiple interventions to prevent obesity among children by realising the importance of early intervention.

The orientation and range of interventions are diverse, from knowledge to behavioural orientation, from a single component and setting to multi-components and multi-setting approaches.

The focus of intervention also varied and range from individual to the food environment. All these are in efforts to inculcate healthy diet and lifestyles.

Despite the ongoing efforts, experts are sceptical on how effective these measures are to universally curb the overweight and obesity threat.

Especially as most of these measures were developed and tested in the western context. Many interventions are non-inclusive with very little consideration of cultural aspect.

It seems that there is no one-size-fits-all intervention that works for all.

Interventions need to be culturally appropriate and tailored to the target participant and community. As such, we should look for solutions closer to home — reflecting and pondering on solutions that are not only closer to our culture but deep-rooted in our faith.

Faith is intrinsically interwoven in the lives of many Malaysian Muslims. So, could the halalan toyyiban diet, a century-old diet, be the critical component of an intervention to nurture children’s healthy eating?

There are ample verses in the Quran that command us to embrace and practice “halalan toyyiban”. The embodiment of this Quranic command would make the Muslim countries among the healthiest in the world – ideally.

But this is far-fetched from reality. For example, none of the Muslim-majority countries made it to the Top 10 in the Bloomberg Global Health Index 2020. Quite the contrary, the previous study has shown that more than a third (37.4 per cent) of adults in 46 Muslim countries are either overweight or obese.

One may ask, what hinders Muslims to benefit from the halalan toyyiban diet and healthy lifestyle?

The answer may lie in our failure to embrace the “halalan toyyiban” concept holistically. And worryingly, we falsely pass on this notion and practice to the next generation.

We expose our children early about the sources of halal food and drinks. But how many would point out that Islam also commands us to choose foods that are toyyib (good, wholesome)?

Nowadays, we are very particular in reminding our children to purchase products with a halal logo, but are we asking them to check the nutrition label?

With very little expectation for the children to choose toyyib food, it came as no surprise that many end up purchasing halal foods and drinks that are not toyyib.

Toyyib needs to be advocated together with halal to be visible; it is repeatedly mentioned in the Quran. Therefore, intervention is necessary to promote a healthy diet and re-introduce the real meaning of the halalan toyyiban diet to our children.

We must arm our children with the correct knowledge and understanding about the halalan toyyiban diet. It is the role of the adults to shape children’s belief systems, habit and conduct.

Steering the children into a direction in line with Islamic teachings, including in their eating conduct, is part of Prophet Muhammad’s (PBUH) tradition.

It has been narrated that on one occasion, Prophet Muhammad (PBUH) gave advice to one of his stepsons living with him:

Dear child, mention Allah’s name, eat with your right hand, and eat from what is next to you. [al-Bukhari and Muslim]

School as the intervention hub

While intervention could be done in various settings, no other institution is ideal as a school to promote healthy dietary habits. Children, for instance, spend countless hours in school; they eat at least one time at school (at least before the Covid-19 pandemic!).

Schools provide opportunities for children to systematically obtain the much-needed knowledge for them to consciously select halalan toyyiban food and beverages.

The environment, policies, and school facilities, the all-in-all combination, makes it the perfect hub for appropriate eating behaviours intervention. 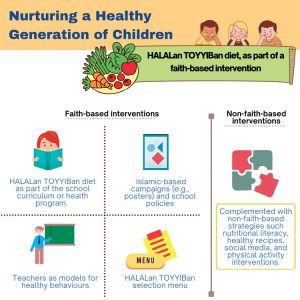 Healthy food choices (e.g. fruit and vegetable) can be popularised as halalan toyyiban selection. In addition, teachers can be trained as agents to model healthy behaviours.

More than a tool in faith-based intervention

Nevertheless, the halalan toyyiban diet is more than a tool in faith-based intervention. Advocating it is certainly not a mere act of leveraging religious-based messages to promote health and well-being.

Most importantly, embracing the halalan toyyiban diet reflects our commitment to fulfilling the command of God – to consume food and beverages that are both halal and toyyib. A means to manifest Islam as a universal way of life.

It will take a long road for us to finally reverse the obesity (and overweight) epidemic. So what better way to start the transformation than nurturing a healthy generation of children via halalan toyyiban?

These children are, after all, our future legacy. — The Health

It’s not always a sprain