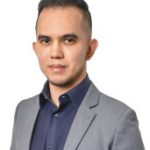 In the backdrop of the global calamity brought by the pandemic, countries need consider all options on the table such as drugs and chemicals in addition to vaccines, even if it appears controversial. One such chemical candidate is known as chlorine dioxide (CL02).

Firstly, it is essential to note that this is merely for the consideration of careful replication of the experiments referenced herein, to investigate its truthfulness, and if positive, to proceed with larger investigations. It is not a call for public use.

The warnings and risk profile by the World Health Organisation (WHO), the Centers for Disease Control and Prevention (CDC) and US Food & Drug Administration (FDA) on CL02 remains that it is a toxic chemical.

The association of CL02 with fringe groups, controversial figures labelled as pseudoscientists, unapproved products presented as “miracle” with reports of severe adverse outcomes, alongside Trump’s infamous reference on the use of disinfectants have given it a bad press – pushing any notion of the chemical to be quickly discarded as bogus, unacceptable and grouped with other fake news. 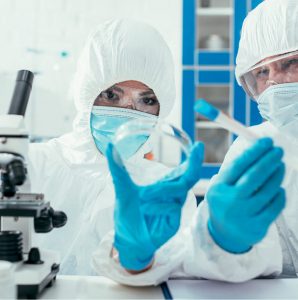 However, a recent study titled “Determination of the Effectiveness of Oral Chlorine Dioxide in the Treatment of Covid-19” surfaced on March 8, 2021, with extraordinarily relevant claims that deserve verification and calls for further independent and transparent investigations.

The researchers claimed to have conducted a “quasi-experimental investigation”, which could be considered a sort of very early-stage human trial, on the use of oral water-soluble CL02 in the treatment of 20 patients with active Covid-19 infection, compared to a control group of 20 patients not treated with CL02.

The study claimed to have achieved 100 per cent negative RT-PCR tests from all the cases at seven days, and observed a fast symptom reduction in patients particularly for fever, cough, dyspnea, asthenia and general pain in 70 per cent of cases seven days after treatment, 100 per cent for sore throats, and almost 80 per cent reduction of low back pain, which revealed significant improvement in patient morbidity.

This sounds almost too good to be true. Even so, the loss of dismissing a potential solution for many is more than the potential loss of proving something fake.

The said human trial, listed under US ClinicalTrials.gov with the identifier NCT04343742, appears to be the initial study needed to address the controversy and open up a potentially effective, cheaper treatment for Covid-19.

After all, unlike proprietary vaccines, no one owns the intellectual property rights to CL02 and the production technology has long been established. Unfortunately, for unknown reasons, no results have been posted in ClinicalTrials.gov despite the expected conclusion of June 1, 2020.

Instead, it was published by Hilaris, in the Journal of Molecular and Genetic Medicine. The problem is credibility because Hilaris appears to be in Beall’s list of predatory journals.

In addition to the association with controversial organisation and figures, the experiment’s methodology has inherent weaknesses such as the absence of a double-blinded test (admitted by authors), possibly resulting in the study not being published in more mainstream channels. Nevertheless, it doesn’t discount the importance of the claimed findings, especially when we need all the tools to combat the pandemic.

Concerning CL02 and the treatment of Covid-19, fact-checking websites appear to mention or allude to “no evidence” of such effectiveness or safety but contain no conclusive or categorical statement of otherwise.

Despite methodological weaknesses and questionable publisher credibility, brushing aside any potential solutions to a global problem without proper studies are antithetical to scientific reasoning.

Indeed, higher doses have shown to be very toxic and can cause death. Despite this, and in addition to the claimed human trials, there are past studies conducted on animals (rats, monkeys, pigs) using varying doses, which indicate tolerable consumption by the body in small doses.

On this note, many other chemicals are generally “toxic”. For example, the WHO states that “Alcohol is a toxic and psychoactive substance with dependence producing properties”, but the CDC specifies clear dietary guidelines for alcohol consumption.

Similar to CL02, alcohol is also a disinfectant. Therefore, mere labelling of toxicity on a certain chemical is not as helpful as more specific details that can cause toxicity.

This is especially important if smaller controlled quantities can potentially have a therapeutic effect, where the benefits are greater than the risk – a common stand for the approval of many drugs and vaccines. Caffein, for example, is said to be lethal at about 10 grams, but smaller doses are approved for use in various foods and beverages.

Thus, thorough studies elucidating parameters such as metabolism, pharmacokinetics, and safety of CL02 based on varying duration and concentrations are precisely what is needed.

In a 2019 paper published in the journal of Infections, Genetics and Evolution the Chinese researchers studied how CL02 could help with porcine reproductive and respiratory syndrome virus (PRRSV), a significant source of economic loss to the global swine industry.

The researchers empirically linked viral inhibition by CL02 to the degradation of the PRRSV genome and proteins, confirmed CL02 potential in reducing expression of inflammatory cytokines induced by PRRSV (pointing to symptom-reducing potential), and concluded CL02’s inhibitory properties against PRRSV infection and replication in vitro.

Most importantly, the study found no toxicity in the mammalian cells used. The successful in vitro test on PRRSV viruses acting on complex mammalian cells is a positive step towards in vivo experimentation that may pave the way to human trials, specifically for Covid-19 viruses.

CL02 is not a “new” chemical and it has been used as a water disinfectant, discolouration and deodorant since decades ago. Thus, older studies related to human oral consumption have been conducted and some report no toxic signs observed after oral intake of tap water containing five parts per million (ppm) of CL02 for 12 weeks.

Notwithstanding the WHO’s criticism of old studies as being limited in design and/or quality, the organisation did not dispute the results of these studies, which showed no systemic toxicity from repeated oral exposure of drinking-water administered with CL02. However, following the criticism by WHO, future studies need to be better designed, and account for other parameters such as mutagenicity (mutation-causing potential) and carcinogenicity (cancer-causing potential) in its results.

Research by Abdel-Rahman and colleagues in the journal Environmental Health Perspectives showed that CL02 concentration of 10 mg/l resulted in increased chloroform (a potentially hazardous metabolite) levels in rat testes, but remained unchanged in the blood, liver, kidney, spleen and brain. The study showed that chronic exposure to a low or high dose can have very different outcomes.

The outcome from this daily oral intake study in rats for over a year is a good indicator that smaller doses for shorter durations could potentially be safe for possible human studies. Claims made by proponents of CL02 suggest a mere few days of treatment. The said quasi-experiment claimed to have used a 30 mg dose per day for a maximum of 21 days.

Research by Abdel-Rahman and colleagues also points to quick absorption and elimination of CL02 and its metabolites, although CL02 may last longer in the body compared to other metabolites. This could be favourable given that CL02 is the chemical form of interest with known antimicrobial and antiviral properties. The kinetics profile in rats may call for a similar study to be conducted in humans.

Unlike mammalian cells, viral cells may have different cell membrane biochemistry and may not have the complex anti-oxidative protection mechanisms that protects it from the oxidative nature of CL02. It is important to investigate if these factors provide some level of selectiveness when CL02 is exposed to an environment with a mixture of microbes or viruses, and human cells.

Additionally, Hungarian researchers published an article titled “Chlorine Dioxide Is a Size-Selective Antimicrobial Agent” which elucidated size of the cells as another form of selectivity. In short, the study showed selectivity of CL02 on bacterial cells due to its smaller size difference with human cells.

For comparison, according to sources the rhinovirus and poliovirus are 0.03 micrometers (μm) wide, influenza viruses are roughly 0.1 μm in diameter (similar to Covid-19 virus), lactobacillus (gut bacteria) is about 2 μm, red blood cell is 8 μm, a skin cell is 30 μm, sperm 60 μm, a neuron 100 μm, and human egg is 130 μm.

Human lung cells (ranging from below 1 μm to 2 μm) have been shown in reports to be more sensitive to CL02 via inhalation, even with extensive blood flow, which could indicate this to be the size limit for toxicity subject to concentrations and exposure time. Size-selectivity could be why studies relating to CL02 as a wound antiseptic or a mouth rinse observed significantly improved clinical appearance and reduced microbial count without significant side effects. Could this be an additional selectivity factor to protect human cells from CL02 in vivo?

Of course, this depends on the kind of CL02 metabolites upon absorption in the blood and the chemical species at target organs. The US Department of Health and Human Services mentioned that “Being both a strong oxidiser and water-soluble, chlorine dioxide is not likely absorbed in the gastrointestinal tract to any great extent”.

This contradicts research by Abdel-Rahman and colleagues, as well as a paper by V.M. Gómez-López, in Encyclopedia of Toxicology (Third Edition) as the latter stated that “Chlorine dioxide can be rapidly absorbed through the gastrointestinal tract. Peak blood concentration levels can be reached within one hour after a single dose administered orally.” Again, this has to be reinvestigated.

The paper by Abdel-Rahman and colleagues also showed that the distribution of CL02 was highest in the kidney, followed by lung, plasma, stomach, ileum, liver, duodenum, spleen and bone marrow.

Recall that cells in these areas or organs may be much larger than the target pathogen i.e., viruses. It presents an interesting proposition where CL02 distribution could be highest in places of interest (in relation to Covid-19 infection) such as the lungs and blood plasma, where CL02 may react selectively with viruses and pathogens due to size differences with human cells, differences in cell membrane chemistry as well as higher oxidative protection in larger mammalian cells such as human cells. It would be of great interest to test such hypotheses.

In the end, the claimed quasi-experiment may end up being fake, and the hypotheses herein can be proven wrong. The objective is not to be proven right, but to ensure all potential solutions have been taken into consideration, and to disprove or consider solutions via a thorough, independent, and transparent scientific method. — The Health

Healthcare and ESG during Covid-19