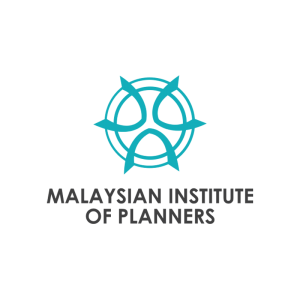 MIP president Datin TPr Noraida Saludin, a professional town planner, has reserved a particular spot in her heart for placemaking. Placemaking is a multi-faceted approach to the planning, design and management of public spaces. It capitalises on a local community’s assets, inspiration, and potential, intending to create public spaces that promote people’s health, happiness, and well-being.

As mentioned previously, she revealed that aside from placemaking, another urbanism theme that Malaysia focuses on is healthy cities.

“In urban planning, when we talk about healthy cities, we talk about providing spaces for recreational activities. I think it is becoming popular in Malaysia because the country has a high obesity rate.

“With that fact in mind, the local authorities seek to encourage the communities to be more active,” said Noraida. She also shared that in 2021, Malaysia is looking to move into smart cities.

“But what’s close to my heart is placemaking. I enjoy working with the place-makers because these people are not just urban planners, but everybody … it could be historians or artists.

“When you do placemaking, you work in your local area, in a small space. The pleasure that you get is when you see people flocking the places

to activate the spaces.”

On challenges of Malaysian cities

With many people coming to cities, Noraida said that the rapid urbanisation would strain many things in the area.

“The first thing will be basic infrastructure, housing, road network connectivity. There are just too many people in the city, and that is already straining the city.

“It will also affect the city’s environmental health. We will have a lot more pollution, and we will have fewer green areas. We will also infringe the forest because of the need to expand urban areas.

“Within the cities, there are also inequalities. Providing affordable housing is going to be a challenge as we move into the future. Providing a quality living environment in cities would be a concern too. Technology is also a challenge as it just disrupts things,” shared Noraida.

She agreed that technology needed to be embraced and embedded into urban planning and city management, but its disruption to town planning is also evident.

She shared that in the past, engineers used to do a traffic impact assessment to project certain travelling behaviours, such as the number of cars estimated to use a particular road. However, with technology like Waze, Noraida said patterns couldn’t be predicted.

“Malaysian cities will keep growing. Moving forward in the next 20 years, if we get our urban planning right to refocus our sustainability agenda, we will achieve sustainable development goals (SDGs). Today, I think more than 150 local authorities in Malaysia have already embraced the SDGs.”

Political will and political interferences are other challenges.

On the idea of sustainability at MIP

Noraida revealed that at MIP, they worked to equip members with the understanding of all elements of sustainability. In doing urban planning, the members could embed this aspect in their plans. MIP also promotes the implementation of sustainable development goals in all urban planning works.

“To us, environmental sustainability is important because, in Malaysia, we’ve lost a lot of our forest. A few months back, there was an issue on Tasik Chini, a biosphere reserve with all the logging activities. There’s just so much encroachment into our forest,” she said, further explaining that keeping a balance in economic development, social development, and environmental protection is vital at MIP.

“We do have committees working on this aspect, and as best as we can, we try to influence government policy on ensuring various aspects of sustainable development are being implemented.”

Noraida revealed climate change had many impacts on urban planning. She explained one of the focuses at MIP, as part of the urban planner’s role to address climate change, was embedding the concept of low carbon cities.

“Low carbon cities are where we try to reduce our carbon emission from certain activities. This involves transportation and the use of energy. For example, by providing more pedestal networks, cycling facilities and public transport, there will be a shift from private vehicles to a more environment-friendly mode of transportation.

“Walking. You don’t use any energy for walking. In fact, you become healthier, and that links to a healthy city.

“A part of the low carbon city plan is to plant more trees, that’s the angle of carbon sequestration, where trees help absorb carbon dioxide emitted by all our activities.”

“At MIP, we also have every year in the past, what we call ‘Pledge and Plant a Tree’ programme, where we work with cities. Members and the public pledge RM100 per tree, and we channel that to local authorities or smaller cities and help plant trees in those cities.”

In helping the nation reduce carbon emission, she said a slightly different approach was used at the city level. Noraida revealed that MIP had been promoting low carbon cities since 2011. She was one of the low carbon city framework authors, which the previous prime minister, Dato’ Sri Najib Razak, launched.

The framework was to be used by more than 150 local authorities in Malaysia to implement plans on how each city could reduce its carbon emission.

“Many cities are already implementing and have policies and action plans on how to reduce the city’s carbon emissions.

“Shah Alam, which is very aggressive, is already implementing section by section.”

“I do have faith that a lot of our cities are moving in the right direction by refocusing on things that are close to the public’s hearts. Ensuring we have enough open spaces, implementing walkable streets, connecting pedestrian walkways, providing cycle lanes and looking into the most challenging part will house people in affordable homes.

“Yes, in the future we will have all those challenges, but I think we have put in good plans for cities. If we have the willpower to implement the plans, we will be able to build good livable cities for all of us.”