Smart-farming concept: A drone is used to measure and photograph the area. The data is sent back to the farmer in the cloud.

Agri-tech (otherwise also known as agro-tech or agtech) has the potential to make a tremendous stride in Malaysia – driven forward by the Fourth Industrial Revolution (4IR) – towards the goal of food sovereignty, food security and food safety.

Even though still at its early stage, agri-tech in Malaysia has shown promising results as embodied in the pilot project managed by the local Farmers’ Organisation/Pertubuhan Peladang Kawasan (PPK) – agricultural cooperative reorganised under the Farmers Organisation Act 1(973) – in Kuala Langat.

Individual farmers or private limited companies (i.e., the smallholders) come under the care and oversight of the PPK.

In turn, the PPK is under the jurisdiction of the national Farmers’ Organisation Authority (Lembaga Pertubuhan Peladang/LPP), Ministry of Agriculture & Food Industry (Mafi).

The pilot project involves collaboration with the Malaysia Digital Economy Corporation (Mdec), specifically in its agtech scheme known as e-Ladang. It aims “to pilot digital technology use cases in transforming traditional farming into a high-income digital economy profession” and is divided into:

For the Kuala Langat PPK pilot project, the focus has been on smart farming.

Smart farming, also known as precision farming, involves using the Internet-of-Things (IoT) and automation to control and monitor the farming process from fertilisation and irrigation, combined as fertigation to pesticide spraying and harvesting.

As reported and analysed in the EMIR Research policy article, “Time to modernise the agricultural sector for food security” by Ameen Kamal (Business Today, April 13, 2021), “smart sensors embedded in each polybag to detect temperature and humidity, providing information on when and how much water is needed. The sensors … can also measure pH of the medium and fertiliser concentration, specific quantities of nutrients are solubilised using pumps in a mixing tank, which are then pumped through small pipes that drip at each polybag”.

The data and process are not only monitored in real-time but can also be conducted remotely, i.e., outside the farm itself. Digitalisation saves on costs (i.e., in terms of labour and reducing leakages and wastages) and increases yields and thereby the income of farmers. According to the Chairman of Mdec, Datuk Wira Dr Rais Hussin, profits have increased by 33 per cent, and revenue has gone up by 20 per cent.

Thus, by a single stroke, digitalisation could both address and even “permanently resolve” our self-sufficiency issue as well as enabling farmers to enjoy higher income on a sustainable basis.

Also, food safety concerns such as overuse of pesticides can be allayed as the risks are incredibly minimal throughout the sub-process – from entry into the automated sprayers fitted into horizontal rails above the polybags to the actual spraying itself.

In improving and enhancing the IoT system, the use of low-powered wide-area/LPWA IoT such as Narrowband IoT/NB-IoT (on a bandwidth of 180 kHz and latency of fewer than 10 seconds) should be considered, as proposed by Ameen Kamal.

NB-IoT would promote a more energy-efficient IoT system covering an extended range (i.e., long-distance) for applications on larger farms and plantations. It can also be used for underground coverage when the farming could also be done in tunnels and caverns somewhere in the future.

Or in the immediate context, should outdoor farming become indoor (greenhouse), which would minimise pesticide use and afford protection against weather disruptions – where the control panel or dashboard is on another site.

NB-IoT would also enable batteries with a shelf life of up to 10 years, thus helping to save costs and minimise power replacement.

To supplement and complement NB-IoT, especially in minimising latency lag, it could also be modelled along with edge computing, which would bring the IoT system (currently on 4G LTE networks) in line with the future 5G technology.

Edge computing brings data processing and analysis closer to the IoT devices rather than being entirely dependent on a local data infrastructure or centralised cloud servers, which would still be needed as backup.

It can serve as a kind of “secondary” or a rather parallel sensor that collects and communicates real-time data.

For example, the interaction between soil conditioner types (in promoting the use of biofertilisers) and seed varieties to increase yield and control crop characteristics can be done on the spot and then only sent online for further analysis.

Framework will pave the way

Thus, the IoT devices can perform cloud, server, and data centre functions – a kind of hyper-converged infrastructure (HCI) but on a local and customised scale.

Edge computing especially integrates well with hydroponics, aeroponics, and integrated agriculture-aquaculture (i.e., the simultaneous breeding of fish and other aquatic organisms such as crustaceans molluscs alongside a certain type of plants such as paddy and kelp/seaweed in a single farm).

Also, edge computing can promote biowaste for biogas to be used biofertilisers, thus promoting the recycling of organic wastes in line with the Green Technology Master Plan Malaysia (2017-2030).

Going further, such a framework will pave the way for a blockchain/distributed ledger technology to be put in place (because of scalability). Real-time data and supply chain process can then be easily accessed and traceable by customers/consumers based on the combined use of QR code and radio frequency identification (RFID) technology (indirectly and secondarily) at the end of the supply chain, and not just the industry players (directly and primarily).

The edge computing supported-IoT system can be powered by solar power to reduce electricity costs and promote the integrated use of renewable energy in agriculture.

Photovoltaic (PV) panels can be installed on the farm’s fringes or form a “semi-greenhouse” or even on top of a fully-fledged greenhouse.

Digitalisation is not limited only to the on-site farming itself. Still, it extends to the post-harvest stage, whereby AI is deployed for the sorting process due for packaging and transportation.

For example, the sorter machine can sort out the categories/ grades of chillies (A, B, or as in the past C also) with a high degree of accuracy and in a faster turnaround time that is meant for the different market (retailers such as hypermarts) as well as production segments (factories) mainly within the Klang Valley.

And the proximity between the farm and the collection-distribution centre (managed by the PPK) significantly lowers transportation (and other transaction) costs (such as estimated travel time) which contributes to consistency and stability of the supply chain.

The Kuala Langat PPK’s success has turned it to be the significant collection-distribution hub for the Klang Valley – with produce from other states, including Kelantan, funnelled there.

Going forward, the extended application of AI and deployment of warehouse and logistical automation such as robotics and drones, respectively, drive the supply chain to become more resilient, especially in light of the disruptions precipitated by the movement control order (MCO) measures under Covid-19 and looking towards the promotion of a low-touch economy as part of the “new normal”.

The use of digital technologies to propel our agricultural sector forward is expected to be reflected in the upcoming 12th Malaysia Plan and National Agrofood Policy 2.0 as high potential drivers and sources of growth for the nation.

Indeed, we are bracing for exciting times in the field of our agricultural sector – as it too “graduates” and surges into the 4IR era with step-by-step applications of digital technologies such as IoT, AI and automation.

While it’s probably unrealistic to expect total self-sufficiency, agri-tech will ensure our food sovereignty (in reducing over-dependence), food security (in promoting the stability and sustainability of supply and access), and food safety (in ensuring higher and better health and environmental standards). 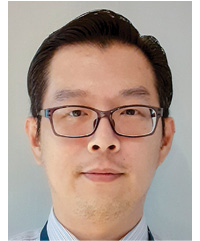