Kill ‘King Coal’, and why not?

By G. LALCHAND
Coal-fired power plants, running mainly as baseload plants, can generate electricity at over 70 per cent capacity factor, or around 6,000 kWh per kW capacity installed, which is also the typical consumer demand (or load factor).”

Coal is undoubtedly the “most hated” of the fossil fuels used for electricity generation, and for good reasons too.

It is the worst emitter of carbon dioxide emissions per unit (GWh) of electricity generated, besides emitting unburnt particulate matter despite the best emission prevention technologies such ESP (electrostatic precipitation of the particles produced during combustion) employed.

It is no wonder it is the favourite “whipping boy” of environmental preservation NGOs (non-government organisations) around the globe who clamour for the end of the use of fossil fuels for electricity generation.

Nevertheless, it is still one of the most primary energy sources for electricity generation and other industrial use, especially for developing economies.

Most of these countries are fast developing and need the most significant amount of the cheapest form of electricity that they can use to power their rapid economic development.

The virtually exponential growth of clean, renewable energy (RE) development, due partly to its rapidly declining unit cost of electricity production (LCOE or levelised cost of energy) over the last couple of decades, has gone some way to displace fossil fuel, especially coal, for electricity generation and use.

Globally, the use of coal has grown for decades (even centuries from the First Industrial Revolution), as shown in the chart below, which was extracted from “IDEAS Policy Ideas No 55, Nov 2018: Powering the future: Malaysia’s energy policy challenges (Renato Lima de Oliveira)” 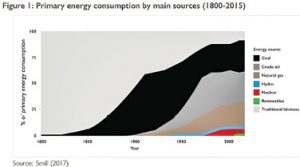 However, its utilisation growth has slowed over the recent past, and peak consumption has probably passed during the last decade.

This utilisation trend is further reinforced by that electricity generated from low carbon RE resources has now overtaken by that produced from coal.

This is especially with the growing commitment to minimise carbon emissions for power generation to meet global endeavours, minimises climate change by limiting the global temperature rise to, or less than, 1.5oC. 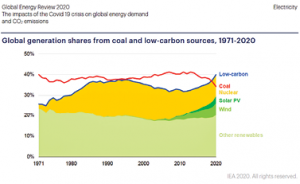 So it would appear that the objective to “Kill King Coal” is no longer a pipe dream but is a reality, at least on a global scale. However, the projected timeline for that to occur may not please the ardent opponents of this particular fossil fuel.

But what is the prospect for the share of coal-fired electricity generation for Malaysia? 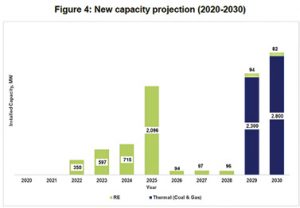 The same report also projects the transition in Malaysia’s primary energy mix for power generation over the report’s time window as per the chart below (Figure 7 from the ST Report. It shows that coal-fired generation capacity may still constitute 29 per cent of Malaysia’s power generation mix in 2030. 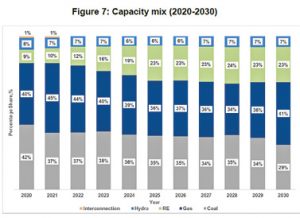 Obviously, this doesn’t give much hope that coal-fired power generation in Malaysia will disappear any time soon. Since thermal power plants have a design life of about 25 years (and can operate for even longer), it appears that Malaysia can still have coal-fired power plants beyond 2050 unless they are decommissioned prematurely for any other reasons.

So, what will it take to replace coal-fired power plants with REpower plants?

Most countries that have managed to increase their share of RE generated electricity have the benefits of some RE technologies that are not available to many developing countries.

The most significant contributors to clean RE generated electricity are:

Sadly, Malaysia misses these options, except for large PV in Malaysia comprising the LSS power plants and HEP in Sarawak. For the record, Sarawak is reported to have a potential of 20,000 MW capacity from its HEP resources.

Unfortunately, solar PV systems have a limited electricity generation duration while the sun shines, typically an average of about 4 hours a day. This translates to an energy generation of approximately 1,400 kWh per kWp of PV capacity installed.

Coal-fired power plants, running mainly as baseload plants, can generate electricity at over 70 per cent capacity factor, or around 6,000 kWh per kW capacity installed, which is also the typical consumer demand (or load factor).

The ST’s projections of the power system demand and primary energy mix show that the market in 2030 will be about 23,000 MW, with coal contributing about 29 per cent of that demand. This would mean that coal-fired power plants in the 2030 world supply about 6,700 MW of the market.

This means that peninsula Malaysia would require about 28,800 MWp of PV capacity to replace the estimated 6,700 MW of coal-fired power plants. It would also need substantial energy storage capacity to store the “excess” PV generated electricity for use when the sun does not shine.

Kill ‘King Coal’, and why not?