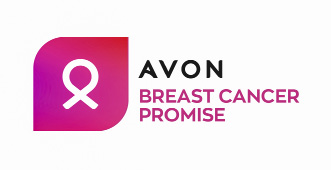 Avon recently launched #WatchForChange and #BoobWatch campaigns in Malaysia through a TikTok Dance Challenge to highlight the importance of breast self-examinations and the SpeakCup campaign on Instagram to spark social conversation on breast health and when to take action.

“Since 1992, Avon Malaysia has been relentless in its efforts to raise breast cancer awareness through grassroots education, screenings for the underprivileged and funding towards NGOs.

“With the current pandemic, raising breast cancer awareness is becoming increasingly critical as many of us may have put breast cancer screening on hold,” said Tan Mei Yen, General Manager of Avon Cosmetics (Malaysia) Sdn Bhd.

“Early breast cancer detection is still the most important strategy in the fight against breast cancer and with our recent Watch Me Now brand repositioning, we are taking a bolder stand and using relevant communication channels to step up on social conversation as more people spend time online and on social media.

“Hence, our focus is on creating and amplifying engaging digital content to ensure both women and men are empowered to watch for change when it comes to breast cancer and know how to take action,” she said.

As part of its #WatchForChange campaign, Avon Malaysia teamed up with local influencers such as Syazlin Zainal, Nurin Afiqah and Batrisya for a TikTok inspired dance tutorial that encourages people to check their breasts regularly and calls on viewers to share the video with at least two friends to help raise lifesaving awareness.

The SpeakCup campaign is a series of videos by Miss World Malaysia 2019, Alexis SueAnn and Miss Universe Malaysia 2020, Francisca James who share their testaments to empower viewers who might not have considered doing a regular check, either themselves or through an annual mammogram, to take it up.

“The contribution from Avon Malaysia comes at a time when we have a waiting list of underprivileged women who need to undergo a breast biopsy procedure at NCSM.”

Nestlé’s commitment to safety and quality