Should govt be in private healthcare? 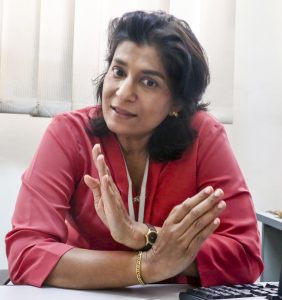 The provision of electricity does make things easier to ensure all the above. This is usually a national initiative on a national level as it cannot usually be provided by non-government entities.

Provision of free childhood vaccines is also an important component. While most childhood diseases are not lethal in an otherwise healthy child, significant family distress can ensue due to hospitalization, infection of smaller children, disruption to child’s education and parent’s job. So, a quick and safe jab for the eligible child can go a long way in maintaining family peace and equilibrium! This would come under public health initiatives of local governments.

Next would be the provision of clinical health to the public, which is the topic of this essay. In Malaysia, we have a variety of hospital structures. We have the wholly-government funded Ministry of Health (MoH) hospitals and we also have the “subsidised” hospitals such as the university hospitals. We also have wholly private hospitals.

The main difference that is pertinent to patients is the “waiting time” and “seniority” of the attending doctor.

In most private hospitals, one can straight away see a specialist within a short time so long as one knows which sub-specialty services one requires. On the other hand, if one is not sure, one could see an experienced General Practitioner who will write a referral letter to the appropriate specialist.

In a government hospital on the other hand, one has to typically wait for longer periods and will likely be seen by trainee general practitioners or trainee specialists first before being referred to a more senior person. So, to many, this ‘time” and “seniority” advantage of a private hospital cannot be disputed.

A conflict of interest?

The difference is probably that private hospitals would buy an extra CT scanner if the patient load demands it and it is profitable to do so, thus cutting waiting time. Here, the issue of “time” is linked to infrastructure. And very often, private hospitals provide this advantage.

Do private hospitals “poach” staff from government hospitals? Not really. Many, if not most senior doctors, after a while, prefer to run their own clinical practice according to their own standards.

A “group” practice like in government hospitals are forced to adhere to “common standards”. In clinical practice, so long as the “standards” being used are equal to or exceed those regarded as “best practices”, doctors should be free to run their practices as they see fit.

Will doctors going into private practice “deplete” government hospitals and disrupt training programmes and patient care? Yes, to some extent. However, this should be addressed by increasing doctors’ salary and improving working conditions in government hospitals.

So, should governments run private hospitals? The answer to that would be, why not? So, long as the physical infrastructure and staff are entirely separate, this would pose no problems.

In fact, income from a private hospital could be used to subsidise the free government hospital and increase the salary of government doctors to prevent them from leaving.

This would also keep general taxes low. To the individual doctor, it would not make much difference whether the “owner” of the hospital is the government or a private corporation as the terms of appointment would likely be similar. It would not matter to patients either as the standard of care would be the same.

Here, a lot of undesirable activities can take place. Senior doctors might “disappear” too often leaving their non-paying government patients to be taken care of by trainees and junior doctors while they attend to their paying private patients, thus depriving non-paying patients of their expertise.

Infrastructure like CT scanners which can be used for longer periods on non-paying government patients will now have slots “reserved / blocked-off” for paying private patients, thus depriving non-paying patients of their use. The “disappearing” senior doctors will also cause congestion in the non-paying government clinics as fewer and more junior doctors are forced to handle the same number of patients. Patient care standards will also likely deteriorate.

These ethical lapses will be very difficult for the hospital management to regulate since they will have to stand up to their own doctors and colleagues. Something hospital managements are often reluctant to do as these are friendships and relationships built over a long period of time.

It is seen as “disturbing” the rice-bowl of their colleagues and may be regarded as an “unfriendly” act.

Hence, while the government operating a private hospital as a separate physical entity with a separate set of staff poses no moral, ethical or logistical problems, operating a “private wing” within a government hospital can pose significant problems.

The answer to these questions I leave to my learned colleagues who have specialized in the field of economics and finance. — The Health

Diabetics With Sepsis A Cause of Worry