Sarawak’s push for green hydrogen is paying off with many potential foreign investors keen to participate in the sector.

The interest pouring includes those from Europe and the US. Many of them have been scouting for areas to either source for green hydrogen or to set up regional hubs for hydrogen-related businesses.

“Many countries would like to tap onto the green hydrogen economy. But due to inaccessibility to renewable power sources like our hydropower dams, the cost for them to embark on this will be even more expensive.

They will have to build the infrastructure for renewable energy sources before they can even build a green hydrogen plant,” he told @green.

“We are confident that with our proactive effort in developing the hydrogen economy, by the time the global hydrogen economy has reached mass adoption, Sarawak will be among the leaders in the industry and technology.

“This will, in turn, contribute to our GDP, provide stable and high-income employment, and create economic prosperity.”

Abang Zohari said the zero-carbon hydrogen economy to be developed in Sarawak would play an essential role in the supply and use of an environment-friendly,
sustainable source of energy, which at the same time contribute to economic prosperity through the global export market.

“Around the globe, hydrogen is enjoying unprecedented momentum, with the number of policies and projects around the world expanding rapidly.

“Sarawak aspires to participate actively in this new frontier and use this opportunity to scale up technologies and bring down costs to allow hydrogen to become widely used, through collaborations and partnerships with global technology partners.” 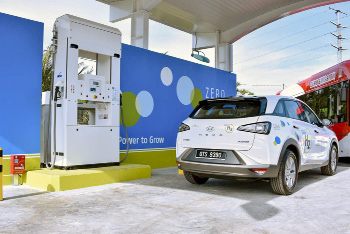 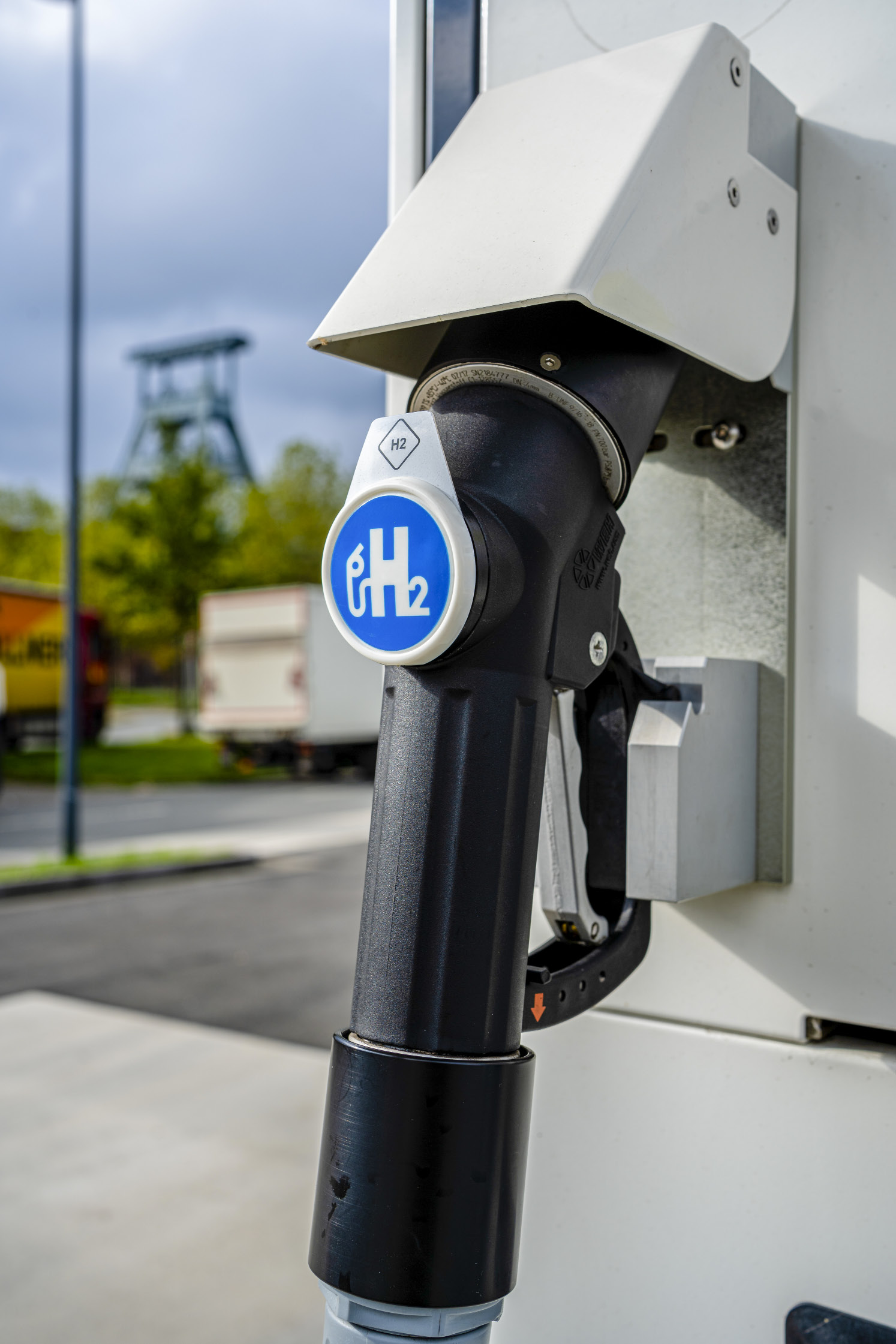 Many countries would like to tap onto the green hydrogen economy. But due to inaccessibility to renewable power sources like our hydropower dams, the cost for them to embark on this will be even more expensive.

On Oct 13, 2020, Sarawak announced the Sarawak Hydrogen Association, the first of its kind in Malaysia and possibly in the region. The association comprises members from the industry such as Sarawak Energy Berhad, Petroliam Nasional Berhad (Petronas) and Shell. Also, it includes higher learning institutes such as Universiti Malaysia Sarawak (UNIMAS) and Swinburne University of Technology Sarawak.

This association’s main objective is to drive the Sarawak Hydrogen Agenda with collaborative effort between the government, private and academic sectors.

“Just one day after we set up our hydrogen association, Japan had also announced ita Japan Hydrogen Association (JH2A) to drive the development of a hydrogen society in Japan by promoting public and private alliances and regulatory frameworks,” he said.

The Chief Minister subsequently said a Memorandum of Understanding (MOU) between SEDC Energy, Sumitomo Corporation, and ENEOS Corporation was signed to carry out a techno-commercial study to develop a hydrogen plant the Petrochemical Park in Bintulu on Oct 23, 2020.

“We are excited to embark on this journey towards developing a hydrogen plant to export zero-carbon or green hydrogen to Japan and other countries.

“I am also proud that ENEOS Corporation, one of our partners in the development of hydrogen in Sarawak, is a member of the JH2A. Another MOU was signed between Sarawak Energy Berhad and Petronas on Nov 10, 2020 to explore Green Hydrogen Commercial Exploration.

With Sarawak’s abundant indigenous natural resources, with hydropower being the powerhouse, which can be harnessed to produce renewable energy, the State embarked into sustainable energy development in the 1960s.

The Sarawak Corridor of Renewable Energy was created following Sarawak’s successful establishment of its hydropower plants in Batang Ai, Murum and Bakun.

Following that, the State began venturing into the green hydrogen economy. Through SEDC Energy Sdn Bhd, Sarawak started investing in pilot projects of hydrogen such as fuel cell buses and cars and refuelling station in 2019.

With prospective partner and investor, they plan a 1,000 tonnes per year facility in Bintulu which would be ready in 2023 to meet potential buyers’ needs. — @green 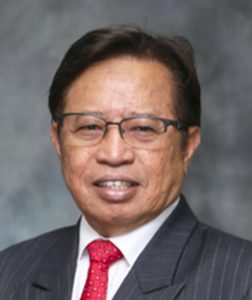 Considered to be a genuinely zero-emission alternative, the Sarawak government opted and successfully established hydrogen fuel cell buses. Subsequently, the State began to venture into the green hydrogen economy.

Abang Zohari, who was appointed Chief Minister on Jan 13, 2017, is passionate in Sarawak’s pursuit of reducing dependence on fossil fuels and non-renewable resources. The State is gradually embracing green energy with RE resources, and he believes that it will drive the economy forward.

Abang Zohari elaborates to @green on Sarawak’s commitment and participation in RE development, including the Economic Strategy Plan 2030.

Could you provide some insights into the new initiatives the State will introduce to allow private RE investment participation?

The Sarawak Economic Action Council (SEAC) was established early this year to formulate the Sarawak Government’s Post-Covid-19 Exit Economic Strategy up to 2030. Under SEAC, the RE sector’s aspiration is to achieve sustainable growth and prosperity for Sarawak by 2030 as South East Asia’s powerhouse through affordable, reliable and renewable energy.

On top of reaffirming large hydro as a primary RE source, Sarawak will promote private sector participation in RE investment through three RE resources: solar, mini-hydro and oil palm biomass renewable energy. Next year, the State will open up competitive bidding for Sarawak’s first large scale solar project, which is 50MW floating solar located at Batang Ai Hydro reservoir. This will give opportunities to private players to participate in the bidding process.

Under the 12th Malaysia Plan (2021-2025), Sarawak plans to incentivise home solar rooftop installations, which will benefit households from reduced electricity cost under the Net Energy Metering (NEM) scheme. This solar rooftop project will further support the deployment of solar PV through private investment. The State also aspires to achieve more than 15 per cent RE income from foreign markets outside Sarawak by 2030 through power export, which can further expand our energy market and strengthen the power system through interconnection with neighbouring countries and State. The power export market will allow the State to further develop our untapped RE resources, boost the economic growth and create more job opportunities.

For the RE sector’s hydrogen agenda, the initiative undertaken is to stimulate the Sarawak Hydrogen Economic by attracting investments for large scale hydrogen production in Sarawak to meet regional green hydrogen demand through export and encourage private sector participation in hydrogen value chain development locally in Sarawak.

What are the RE targets by 2030 for each of the resources, and how will these targets be operationalised?

The three renewable energy sources targets set by 2030 consist of solar (300MW), Biomass Waste to energy (150MW), and Mini hydro (25MW). The State will have comprehensive public policy support to ensure the support of these project development, and public awareness of RE merits, increasing RE energy sources’ uptake.

Visibility in RE planning is crucial to help spawn a growing RE industry. How does Sarawak intend to provide fair business opportunities for the industry?

The RE targets set for 2030 will be achieved through a competitive open tender bidding process. This will promote renewable energy investment for the RE industry and is a quick way to boost the Sarawak economy, increasing job opportunities.

As a result of the Economic Strategy Plan 2030, what are the estimated socio-economic benefits that this plan will bring to the State?

By 2030, Sarawak will be a thriving society driven by data and innovation where everyone enjoys economic prosperity, social inclusivity and a sustainable environment. The post-Covid-19 Exit Economic Strategy Plan will reflect and improve on existing policies and strategies. Through the implementation, Sarawak’s economic growth will be equitably and sustainably cascaded into wealth and prosperity to all Sarawakians as the State moves to achieve a high income and developed State status by 2030.

To achieve a high income and developed State status by 2030, the Sarawak economy is targeted to grow at an average of eight per cent per annum. However, the focus is on growing our economy and ensuring the growth is translated into every Sarawakian.

With an improvement in physical and digital infrastructure, Sarawak’s connectivity will benefit the locals and enable our local businesses to connect to the world. More business opportunities and jobs will be created.

The average household income is also anticipated to increase by 2.7 times, and I believe the income gap will also be reduced. Investment in technology and innovation will also help ensure all our economic activities are sustainable and continue to be enjoyed by our future generations.

Specifically, the RE sector including the hydrogen economy is poised to create 10,000 new jobs, have a RM5.5 billion GDP impact and the potential for 12.53 million tonnes of carbon dioxide avoidance per annum by the year 2030.