The government is conducting a mid-term review of the National Energy Efficiency Action Plan (NEEAP).

Undersecretary of the Energy Efficiency Division from the Ministry of Energy and Natural Resources, Wong Tin Song said: Hopefully by mid this year, we can come out with the mid-term action plan to see what and how we can improve on the NEEAP.

He said the five critical initiatives under the NEEAP were The Promotion of 5-Star Rated Appliances; Minimum Energy Performance Standards (MEPS); Energy Audits and Energy Management in Buildings and Industries; Promotion of Cogeneration; and Energy Efficient Building Design.

The keynote address was delivered by the Guest-of-Honour, Deputy Chief Minister and Minister of Industrial Development of Sabah Datuk Dr Joachim Gunsalam.

Wong noted that the National Energy Policy 1979 (NEP 1979) was long overdue and that the government was drafting the next NEP to suit the current developments and environment better.

“In 2010, we had the National Renewable Energy (RE) Policy and the formation of the Sustainable Energy Development Authority Malaysia (SEDA).”

Subsequently, the NEEAP was introduced for 10 years, starting in 2016.

Wong also shared some of the initiatives under the 11th Malaysian Plan, including the Energy Audit Conditional Grant (EACG) for industry and commercial sector, and retrofitting government buildings and hospitals with energy and cost-saving LED lights and chillers.

Solar biggest contributor to RE

Zamali presented a paper on ‘Renewable Energy Landscape within Regulated Environment In The Case of Peninsular Malaysia’.

In Malaysia, renewable energy (RE) contributors are solar, biogas, biomass, hydro and geothermal. Large Scale Solar (LSS) is the main contributor of RE capacity in Malaysia, and the total connected capacity is 734.76MW.

“Solar is the biggest contributor in RE in Malaysia,” he said, adding that in Peninsular Malaysia, the baseload for electricity generation is heavily reliant on coal and gas.

Meanwhile, in Sabah and Sarawak, the electricity generation mix includes hydro, biomass, biogas and solar, and therefore is quite green compared to Peninsular Malaysia.

Zamani also shared on the licensing policy under the Electricity Supply Act 1990 (Act 447). 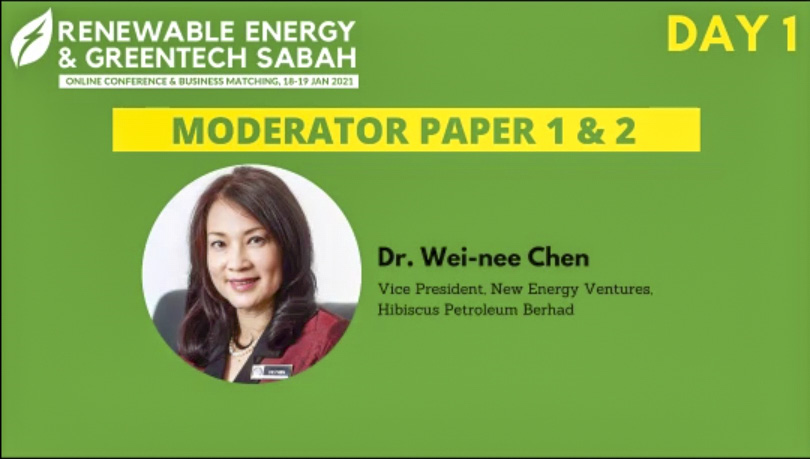 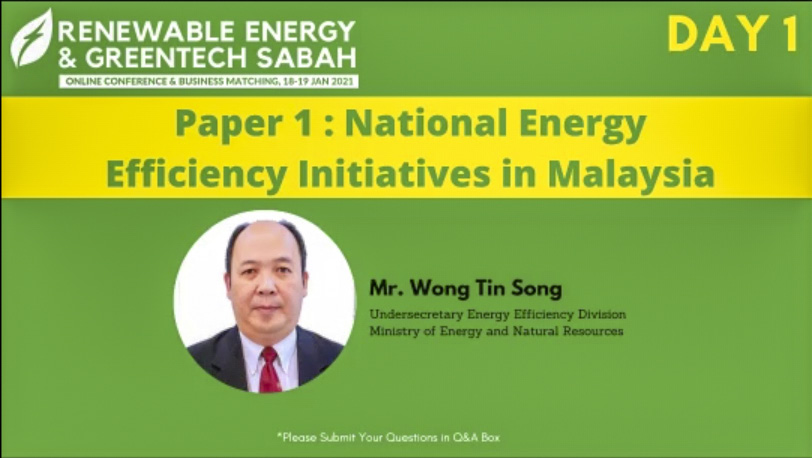 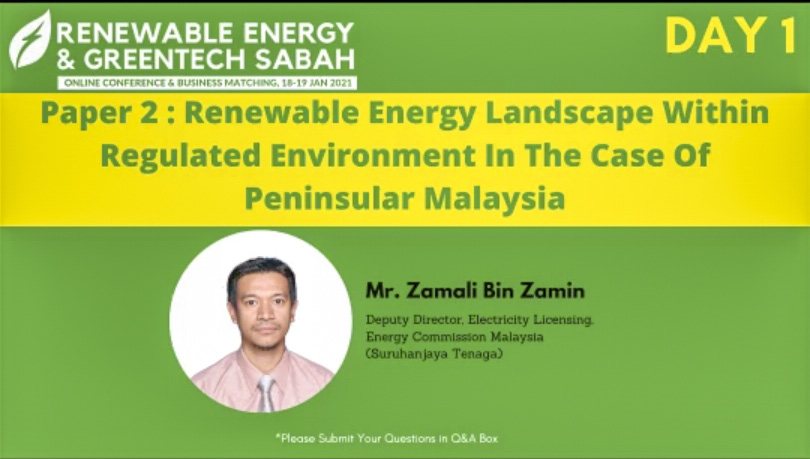 Wei-nee, in moderating the session, said the industry had always known that EE was truly the lower of the hanging fruits in the sustainable energy agenda.

“In that regard, it is most appropriate that we should address EE first before RE,” added Wei-nee.

REGTech Sabah is the first and only one of its kind in Sabah. It serves as a dedicated platform where the renewable and green technology industry in Malaysia and beyond come together to share information, discuss challenges, opportunities and ideas for advancing Sabah’s renewable energy and green technology sector through online or virtual.

The first REGTech was held in November 2017 in a physical setting. — @green 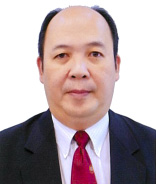