Malaysia can use the case-mix Diagnosis-Related Group (DRG) system to improve efficiency, quality of care and costs control in healthcare

Effective access to healthcare as a controversial and thorny issue in Malaysia might spill-over into a full-blown political and financial crisis of sorts if not tackled sufficiently and proportionately.

We have seen how Budget 2021 had attracted brickbats for claims of “under-funding” our public healthcare system. Finance Minister Tengku Datuk Seri Zafrul Aziz had to clarify that the allocation for the Ministry of Health (MoH) was RM31.9 billion which is higher than the RM30.6 billion under Budget 2020. Additional provisions were not included in the operating expenditure allocation contained in the Federal Projected Income and Expenditure 2021 as it is allocated separately under the Covid-19 Fund.

Effective access to healthcare has to do with the continual enjoyment of the use of healthcare services and products in expectation of the same in the future – analogous to the economic term of “flow” (dynamic concept).

Overall, the government needs to continuously spend a minimum of 6 per cent of the GDP on healthcare (as recommended by the World Health Organization (WHO). At current levels, we are spending, at best, some 3 per cent to 4 per cent.

An EMIR Research poll that was released in Q1 of this year revealed the rakyat’s attitude on the issue of allocation for healthcare. To reiterate, only 45 per cent indicated their satisfaction with government efforts at allocating funds for healthcare. And only 47.1 per cent were satisfied with the government’s effort in “extending a healthcare scheme throughout the nation”.

Although the figures are not seriously low, nonetheless, it goes without saying that these might plummet if two things happen.

For starters, overcrowding or congestion has been a serious concern in our public hospitals. According to the Auditor-General’s Report (2019), this had been particularly acute with regards to the emergency & trauma department (ETD).

It is a structural and perennial problem. The Report stated that ETD at Malaysian hospitals are “understaffed, overcrowded, underfunded” and “do not have enough equipment to provide proper levels of care”. It also deemed funding for ETD to be “insufficient”.

In reviewing four out of 38 hospitals across Malaysia under the categories of Care III and IV Levels, the Report found that the number of patients at these hospitals exceeded the level of care by between 5.7 per cent and a staggering 95.6 per cent. And the trend continues to a significant extent.

More recently (i.e., for 2020), in addition to public hospitals, even private hospitals such as Assunta Hospital and Thomson Medical Centre (both in Petaling Jaya) have been experiencing overcrowding due to shortage of beds. This has a knock-on or chain effect on the turnover of post-diagnosis admissions.

And not least consultation time – with long queues or waiting times also with lower priority or risk patients (i.e., those who are not pregnant, the elderly, under five, obese alongside patients suffering from diabetes, kidney failure and cancer) having to be turned away.

Secondly, rising healthcare costs also serve to inevitably curb or constrain access by the B40 in the form of impacting the policy of heavily subsidising or in effect provision of treatment free at the point of delivery. The RM1 outpatient fee and RM5 specialist fee are what they are, i.e., nominal. And so, our public healthcare system really is, in effect, another form of the National Health Service (NHS) – mostly funded by taxpayers.

But rising healthcare costs in in-patient care might affect provision of delivery for out-patient care. Now, Peka B40 – which represents a Public-Private Partnership (PPP) – provides free healthcare screening and heavily subsidises the other three areas, i.e., in the use of medical equipment, cancer treatment and transport costs.

Whereas for MySalam, it’s a completely free of charge insurance coverage applicable to public, university and military hospitals. However, the situation might change in the future – with the gradual introduction of paid coverage under a centralised health insurance scheme.

1Care under a previous administration had been proposed before but then dropped for political reasons. 1Care, if we remember, was about ostensibly streamlining out-of-pocket (OOP) expenses and represents a hybrid of sorts (of the UK NHS, Dutch social health insurance system, US model).

A mandatory 10 per cent deduction of one’s monthly gross salary to contribute to a National Health Care Financing Authority (NHFA) was to be imposed – with no opt outs. And critically, both the public and private healthcare industry would have to be under the same 1Care umbrella system. 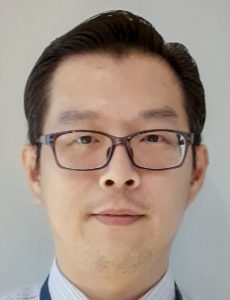 Instead, for future costs management, EMIR Research would like to echo the call of healthcare professionals, among others, for the wider implementation and streamlining of the application of the case-mix system (for public hospitals in highly urbanised areas).

The call builds upon the implementation of a diagnosis-related group (DRG)-based case mix system under the 11th Malaysia Plan and policy proposals for its continuing development under the Strategic Framework of the Medical Programme of the MOH (2021-2025).

It allows for a cost-effective classification of types of patients and treatments. A subsidiary of case-mix system is the DRG-based payment scheme. Basically, under the DRG-based payment scheme, payments are pre-determined according to their respective codes as assigned to the various categories of the cluster-based patient’s data under the Case-Mix Index (CMI) such as severity of illness and average cost per disease, and outputs are retrievable under the Executive Information System (EIS module).

The DRG-based case mix system was first introduced in 1998. Since then, Hospital Universiti Kebangsaan Malaysia (now renamed Hospital Canselor Tuanku Muhriz) became the first hospital in Malaysia to implement the case-mix system based on the Internationally Refined Diagnostic Group (IR-DRG).

In 2011, a Memorandum of Understanding (MOU) was forged between United Nations University-International Institute for Global Health (UNU-IIGH) and Hospital Universiti Sains Malaysia (HUSM) for collaboration on implementing the case-mix system deploying the Grouper Software.

In expanding the DRG schemes in highly urbanised areas, the implementation could be synchronised with the full paying patient (FPP) arrangements aka provision of private wings in government hospitals.

That means the FPP would serve as a “backstop” or “cross-subsidy” to cover any shortfall resulting from DRG-based payments (with the government as purchaser) because of, for example, the Case-Mix Index (CMI) for a particular period is lower than the projected financial outcome calculated by the purchaser.

The expanded applications of the wider case-mix system would also be an impetus and catalyst in driving the digitalisation of the entire healthcare system – reliant as it is on Big Data and predictive analytics and wide-ranging use of AI-based algorithms.

This is also in line with the MOH’s strategic intent to further digitalise the public healthcare system by implementing a centralised database in the form of the electronic medical record (EMR) structure – which is a systemised collection of patient’s health information, with the use of 5G technology, among others.

In short, the case-mix system and, in particular, the DRG-based payment scheme will help improve healthcare costs for in-patient care in the long-run and ensure sustainability in the overall costs of managing the public healthcare system including not least, out-patient care, thus ensuring adequate access for all time. — The Health

Casualties of the pandemic