The pressing issue of doctors

“The problem is the maldistribution of the doctors between urban and rural areas. The solution by increasing the intake of medical graduates into the service is a short-term solution. The long-term solution would still be the partnership between the government and private sectors.

“People can rely on private clinics and hospitals in urban areas. This would then allow the government to focus on developing healthcare facilities in the rural areas.”

He continued: “The contract doctor issue still needs to be resolved. There are 18,000 contract doctors in the system, and only 1,500 permanent positions open each year. This will not be enough, as around 3,000 medical graduates will enter the system each year.

“We need a more sustainable solution to the issue of contract doctors or risk a brain drain. Resolving the issue will require changes in the intake of medical students, the housemen training programme, contract system, the planning of human healthcare resources and political will to see it through.”

To prevent the drain of doctors to the private sector, Parti Sosialis Malaysia (PSM) President Dr Michael Jeyakumar suggested a moratorium on new private hospitals to reduce the pull factors.

However, Pro-Vice Chancellor of Universiti Kebangsaan Malaysia (KL Campus) Prof Datuk Dr Hanafiah Harunarashid says one has to realise it is not a pure numbers game, but rather huge imbalances throughout the medical workforce.

“There is a problem in the talent supply chain. The shortage of medical talent is much more granular, with severe shortages of experienced, qualified specialists of numerous disciplines being the greatest hurdle to improving healthcare in Malaysia rather than the production of newly minted young doctors.

“There is also a relative shortage in rural areas, compared to urban; with severe delivery gaps in specialised services due to a lack of qualified specialists. There are also imbalances in the types of specialists, with some specialities favoured more than others.”

It is important to note that the time horizon for medical training from the start of medical school to becoming an established clinical specialist spans more than a decade. It has four distinct phases: undergraduate, pre-registration, graduate apprenticeship, and postgraduate gazettement.

“Formal medical education systems are predominant in the first phase but less so in the remaining phases. More attention is needed to assist other players in smoothening the pipeline – this remains a big challenge even for established economies and first world nations of the West,” explained Dr Hanafiah.

“The liberation of medical education policies in the 90s has opened the door for private medical schools to flourish in Malaysia. It is not bad, but unfortunately, it has led to the rapid escalation in the number of new medical graduates.

“The local medical education pipeline has also matured to the level that it is competitive internationally and able to produce new medical graduates in surplus continuously.

“The snag is in the pre-registration stage, as the housemanship period still requires mandatory placement of two-year duration in recognised government hospitals which so far has never been able to keep up with the demand for training posts annually.”

He said that producing too many young doctors too fast will put pressure on the existing practitioner maturing system – as the available housemanship posts can no longer cater for the vast numbers of graduates annually.

Increasing these posts may not resolve the issue, however, as it merely passes on the burden to the next bottleneck – speciality training.

“This bottleneck has caused anxiety among graduates and their parents, with the long delays waiting for their turn for housemanship likely to cause deterioration of skills, knowledge and enthusiasm for a career in medicine. 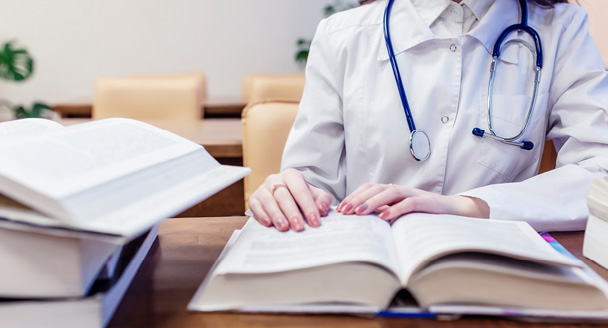 “For the ones who made it through, they have to face the second bottleneck of their career journey – fighting for a chance to get a spot for higher speciality training, causing further grief, anxiety and pressure.

He said that the challenge is to reform the housemanship training to balance aspects of regulatory requirements with employment norms and the duty to spend public money judiciously.

“This has to be coupled with a mutually agreed mechanism to regulate the number of new graduates produced annually to commensurate the system’s capacity to absorb.”

We may have to relook for other avenues, such as private hospitals and collegiate-based qualifications (parallel programs), to create more postgraduate training opportunities.

Dr Hanafiah continued: “There is now an opportunity to strengthen postgraduate medical education, involved in the training and credentialing of new specialist doctors in the varied fields of practice and areas of specialisation. Much progress has been made to widen access to opportunities for training and specialisation for mid-career doctors, particularly for government doctors.”

However, he noted, financing for these programs still needs continued support from the government, as it remains very expensive for junior doctors to cover with income earned from public service.

“There is also a constant need to ensure continued growth in the postgraduate training sector, supported by the right investments and policies.

“This means more scholarships, bursaries, and grants to be made available for junior and mid-career doctors wherever they may be in the sector, and conversely more slots for masters programs, or parallel training programs by the speciality colleges, in the various fields of specialisation,” he added. – The Health

A challenging 2023 for healthcare