As we move into the end of 2022, we reflect on the past year and the changing health situation of our country and the world.

While the world’s economy has opened up post-pandemic, we still see cases of Covid-19 with new variants continuing to be of concern. We still wear masks to be safe as the onus is on our responsibility. Although the mortality rate has dropped, it can give us a false and dangerous sense of security that all is well.

In China, lockdowns in cities like Shanghai, Beijing and Guangzhou continue to be implemented, which has negatively impacted the economy. The Chinese government takes the cases seriously as their massive population can trigger an even more significant outbreak if they are not vigilant.

They are a resilient people and they take everything seriously. It’s the only way to move forward, stay ahead in the global competitive economy, and defend itself from external threats to undermine their economic growth. 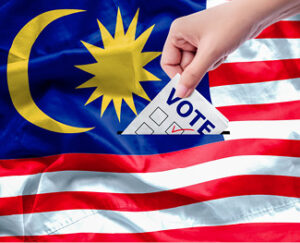 As I pen this piece, we have finally got a new Prime Minister Datuk Seri Anwar Ibrahim on Nov 22, five days after the 15th General Elections (GE15) with no single party commanding a simple majority. However, through the desire of the King, the various parties set aside their differences and agreed to form a unity government for the sake of the rakyat and to face the political and economic challenges in the coming months.

The once mighty Barisan Nasional experienced its worst-ever defeat. I look at the political leaders in extreme stress mode and must salute them for their strength and determination to find a solution to the crisis.

You may wonder how they can survive the stress and what is their health secret. At that time our newly minted 75-year-old Prime Minister could still have a sense of humour when he jokingly told the press before his appointment that there was still a vacancy for the post of Prime Minister and if anyone of them wanted to apply for the job.

Politicians are superhumans. I know some of them who were my classmates and schoolmates, and the last Prime Minister was also my former student. Their schedule is very tight and hectic.

They have to start from the bottom in the branch of their political party. If they work in Kuala Lumpur, they have to return weekly to their constituencies to take care of their supporters if they want to be elected as a Member of Parliament or State Assemblyman. They have to strike a balance between their political ambitions, career and family life. All these require physical and mental resilience.

Mental attitude is a key factor

It is no wonder that during GE15, one candidate died one day before polling and another on the morning of polling day, leading to two by-elections being held in December. The campaign had undoubtedly taken a toll on them and many campaign workers.

The oldest Prime Minister that we and indeed the world has ever had was Tun Dr Mahathir Mohamad, who became the 7th Prime Minister for the second time at the age of 93 in 2018.

Although he lost in GE15 at the age of 97, it is also a sign that young voters are looking for younger candidates who will have to face the national and global crisis more efficiently and dynamically.

If Mahathir’s famous tip for longevity is “stop eating before you are full” what is Anwar’s tip for his boundless energy?

I know him from my student days when we were involved in student union activities. His food routine is quite simple and moderate. He follows the ‘sunnah’ or practice of the Prophet in fasting every Monday and Thursday. It shows in his physical form, looking fit and without a fat belly, unlike many people half his age.

Besides daily physical exercises, the other key element is mental attitude. A positive one with certain goals set for one to move forward in a confident manner to overcome any obstacles and challenges.

When you look at the trials and tribulations, both physical and mental, that he has undergone throughout his political career, it is something that no ordinary mortal can achieve.

Beaten up and imprisoned not once but twice, it takes a strong person who believes in his calling and duty to achieve his goal. Numerous accusations have been leveled at him; some are defamatory.

Indeed, the mental attitude and faith in facing numerous failures will take a toll on anyone. Yet he overcame them. It is the stuff that makes a truly strong political leader, not unlike many who face even worse situations. 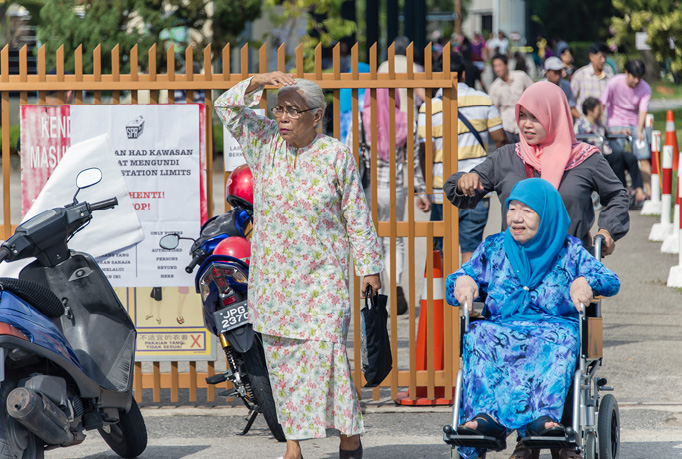 In the political battle these days, it is easy to look at idealism especially in the confines of a comfortable air-conditioned room with a computer to battle in cyberspace.

But the political reality is different as one also faces the enemy within. The most damning situation is when you discover your own supporters betraying you – Brutus in Shakespeare’s Julius Caesar and Raja Mendeliar and Kitul in the Melaka Sultanate as described in Sejarah Melayu. Overcoming these situations requires a leader to make decisions that test his political savviness.

In this so-called ‘Mother of all Elections’ we have seen many surprises. A once powerful party was defeated badly while another one suddenly won big. A once mighty leader was humiliated and even lost his deposit while his party did not win even a single seat. A number of prominent leaders on every side of the political divide were also defeated.

It shows that voters have changed their perception of political parties and their leaders. Whether this is a sign of good things for the country remains to be seen. But one thing is for sure, our country will never be the same again.

Political awareness and, hopefully maturity are happening and the journey must be carefully treaded to move ahead successfully. We cannot afford to go down the path of retrogression, conservatism and more corruption and worse still, radicalism based on an ideology of race and misguided religion. – The Health

ADI SATRIA, a veteran in the marketing communications industry, has seen the tumultuous journey of the political landscape, particularly during the last decade. He hopes the uncharted territory the country is moving into with the new unity government will change the fortunes of Malaysia for the better.

Telepharmacy is a value-added service