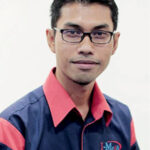 ADHD or attention deficit hyperactivity disorder is a type of neurodevelopmental disorder that occurs in children during their developmental phase.

The condition is characterised by two groups of symptoms, namely hyperactive and impulsive, as well as the lack of ability to focus and concentrate. Although being active and having poor attention span are common in children, for those with ADHD, these symptoms occur in a more severe, persistent situation and interfere with their daily functioning, including learning experience.

Globally, it occurs among one in 20 children, while in Malaysia the prevalence is reported to be around 1.6 per cent to 4.6 per cent. Studies have also shown that boys are more likely to have this problem, with the ratio of three to four times in comparison to girls.

Despite having a strong genetic link with 76 per cent of cases involving genetic/hereditary history, no specific type of genetic disorder has been identified as a specific cause of ADHD. External factors such as complications during birth, advanced age of parents, premature babies, maternal health problems during pregnancy such as diabetes, high blood pressure, high stress and use of illicit substances during pregnancy also contribute to the risk of developing this disorder.

Although some assume ADHD occurs because of gadgets and screen media on children, there are no conclusive studies supporting this fact. This is similar to the myth that ADHD occurs because parents wrongly educate their children. It is important to understand that ADHD is proven to be a biological disorder that occurs in the nerves of the brain during the developmental phase of a child. 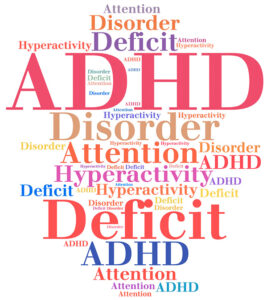 Some symptoms of ADHD are:

Hyperactive/impulsive – the child always seems overly excited, talks excessively, finds it difficult to wait for a turn, cannot sit still, stomps hands or feet, is always restless, cannot sit for long periods of time, likes to run, or climb in inappropriate situations, cannot play calmly, finds it difficult to relax, often interrupts others, and is always giving answers before questions are completed.

Inattention – the child is easily distracted, forgetful, ignores others, does not follow instructions, is unable to complete work or tasks at school, loses focus, has problems with orderliness, and avoids tasks that require lengthy attention.

There are three types of ADHD, namely:

Despite being called a ‘hyperactive’ disease, the true nature of ADHD is actually more than that. ADHD causes disorders in many aspects of a child’s cognitive. These include working memory, will control, executive function and their emotional control. Because of this, ADHD has many effects on children if it is not detected and treated from the beginning. These include effects on behavior, education, social development, emotions and other mental health problems. Untreated, ADHD also shown to have high association with the development of oppositional behaviour, substance use and crime involvement at a later stage.

Early detection is vital and can be done via increasing the awareness of parents and teachers to identify the symptoms mentioned and bringing the child for evaluation and treatment. Referral to a paediatrician or psychiatrist for further treatment will be made if the ADHD features are suspected.

Support by parents and teachers important

Parents, teachers and individuals affected need to be reminded that with existence of many forms of treatment and support, the prognosis of this disorder is good. The first step, of course, starts with an assessment and confirmation of the diagnosis by a specialist. This is important to identify the child’s real problems and ensure that the child receives appropriate treatment and support.

Therapy by occupational therapists and clinical psychologist is among the forms of ongoing support that need to be provided to these children. In addition, modification and support by teachers and parents are also important element in ensuring that they can adapt well in the learning process.

For example, these children need to be given clear instructions, space, and time to move actively between intervals, division of tasks into smaller frames as well as constant reinforcement and encouragement for each activity.

Parents should also be given a clear explanation of the role of medications such as methylphenidate and atomoxetine, which are shown to be effective in many cases, especially in children during the schooling phase. The myth of giving drugs will cause them to become addicted or worse needs to be addressed prudently to ensure parents get accurate information on the benefits and risks associated with medication.

On-going support for the parents is also essential given the burden of caring may increase the risk of caregivers’ burnout. — The Health