Damage to the spinal cord through trauma (such as a car accident) or disease or degeneration is referred to as a “spinal cord injury” (SCI), eg. cancer.

According to estimates, 40 to 80 instances per million people are diagnosed each year in the global population. Non-traumatic spinal cord injuries appear to be increasing in numbers, and they account for up to 90 per cent of all cases.

Injuries to the spinal cord can cause a wide range of symptoms, depending on the severity and location of the injury. In other cases, symptoms may include a partial or complete loss of sensory function or motor control of arms, legs, and the entire body.

These illnesses necessitate acute care, rehabilitation therapies, and continuing health maintenance. Persons who have suffered a spinal cord injury may become completely reliant on others for their care. Mobility, communication, self-care, and household tasks are all made easier with the help of assistive technology.

People with spinal cord injuries are more likely to suffer from depression than the general population, which severely influences their ability to function and their overall health. The exclusion of many people from society is due to a misconception, a bad attitude, and physical limitations to mobility.

Since the 1980s, there has been no improvement in life expectancy. Nearly 300,000 persons in the United States have a spinal cord injury, according to the National Spinal Cord Injury Statistical Centre. These patients’ lives might be quite challenging. Fewer than three per cent of people who have suffered a total injury regain the ability to walk, talk, and perform other basic tasks.

In addition, 30 per cent of patients are re-admitted to the hospital within a year of their initial injury, resulting in an average lifetime health care expenditure per patient of millions of dollars. There has been no improvement in the life expectancy of those with spinal cord injuries since the 1980s, and it is still much shorter than that of people without such injuries.

Reversing paralysis and regenerating tissue after severe spinal cord damage is now possible with an injectable therapy developed by Northwestern University researchers using “dancing molecules.” A recent study administered a single injection to the tissues around the paralysed spinal cords of mice. They were back on their feet in about four weeks. The results of this experiment have been published in Science’s Nov 12 edition. 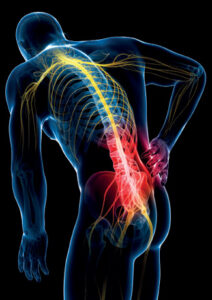 Bioactive signals can be used in five different ways to repair and restore spinal cords that have been severely injured: Surgeons were able to drastically minimise the scar tissue that can hinder cell regeneration and repair. Myelin, which is crucial to the proper transmission of electrical signals, was reconstructed.

Aside from forming functional blood vessels, more motor neurons were saved because of these improvements. Approximately 12 weeks after the therapy has served its purpose, the components biodegrade into cellular nutrients and are no longer present in the body. Chemical structural modifications have been applied for the first time to control the mobility of molecules and increase therapy effectiveness.

This study aimed to discover a treatment that can keep people from becoming paralysed because of a life-altering illness or tragedy. Due to our central nervous system’s limited ability to repair itself following injury or sickness, this has been a complex problem for scientists to solve for decades.

Our central nervous system contains the brain and spinal cord. Currently, there are just a handful of treatment choices for patients with this disease. Because of the profound influence, this therapy could have on the lives of spinal cord injury patients, it may make a difference in their recovery. Neurodegenerative illnesses and stroke could also benefit from increased research into spinal cord damage.

Tuning the mobility of molecules to discover and appropriately engage continually moving cellular receptors is the secret to this breakthrough therapy. With an injection of liquid treatment, nanofibers that imitate the extracellular matrix of the spine begin to form instantly.

Synthetic materials can communicate with cells by copying the matrix structure, mimicking the mobility of biological molecules, and integrating signals for receptors. Neurons and other cells’ receptors are always on the move.

Using nanofibers to regulate the collective motion of more than 100,000 molecules is a ground-breaking innovation. Supramolecular polymers, which cause molecules to ‘dance’ or even ‘jump’ temporarily out of their structures, allow them to better link with receptors.”

Researchers discovered that improving the therapeutic efficiency in paralysed mice was possible by fine-tuning the mobility of the molecules within the nanofiber network. In vitro experiments with human cells indicated that formulations of their medication with improved molecular mobility worked better, indicating increased bioactivity and cellular signalling.

Because cells and their receptors are constantly moving, it is reasonable to assume that molecules travelling faster will contact them more frequently. Molecules may never come into contact with cells if they are sluggish and not as “social.”

A single injection and two signals

Axons, like electrical wires, connect the brain to the rest of the body and transmit information. This can cause paralysis or loss of sensation in the body if axons are severing or damaged. In contrast, repairing axons promotes communication between the body and the brain by enhancing the flow of information.

Neurons benefit from the second signal in that other cell types proliferate, supporting the development of missing blood arteries that feed neurons and important cells for tissue regeneration, which helps them survive the injury. Myelin regrowth around axons is stimulated, and glial scarring is reduced, both of which operate as physical barriers to the regeneration of the spinal cord.

Biological reactions can be elicited by using signals that resemble natural proteins. Because of their short half-lives and high cost, proteins are not widely used. The synthetic signals are short, modified peptides that can offer bioactivity for several weeks when bound together by the thousands. The end outcome is therapy that’s less expensive to make and lasts longer.

Regarding preventing paralysis following severe trauma (automobile accidents, falls, sports accidents and gunshot wounds), Stupp feels that the revelation that “supramolecular motion” is a key factor in bioactivity might be extended to different therapies and targets.

This successful regeneration of the central nervous system tissue in the spinal cord is similar to that in the brain afflicted by stroke and neurodegenerative illnesses, such as ALS and Parkinson’s disease. Aside from improving cell signalling, this important discovery concerning manipulating molecular assemblies’ mobility could be used in a wide range of biomedical applications.

Violence and automobile accidents are the most common causes of spinal cord injury (including attempted suicide). Most traumatic spinal cord injuries are the result of workplace or sports-related incidents. Improvements in roads, vehicles, and people’s behaviour on the streets can help minimise road traffic accidents; window guards can prevent falls. Regulations limiting alcohol and firearms availability can help reduce violence and violence-related injuries.

Stay healthy and dance like no one’s watching. — The Health